You remember him from Loafy Carl and Neal is Awesomer Than You, and you know him from his monthly reviews and The Vana’diel Diaries. That’s right! This month in Versus Mode it’s:

1. Batman is a great Lego follow-up to Lego Star Wars.

Neal: Ugh. I’ve been saying this since the first Lego Star Wars came out, and no one seems to agree. Honestly, it doesn’t matter if you do. If this is your sorta thing, hey, enjoy it; who am I to judge? But I personally think it’s a ridiculous concept no matter how you slice it, so it doesn’t really matter what comes next. I don’t care if it’s Batman or Santa or Paul Newman—this concept is asinine. If you want to play Batman, get a cape and climb onto your roof, and if you want to play Legos, just buy a box like any decent person. Do we really live in an age where we have to play with virtual toys? Isn’t the whole point of a toy to be able to fucking pick it up? This franchise only proves how far removed our modern backwards society is from reality. Please get a grip. 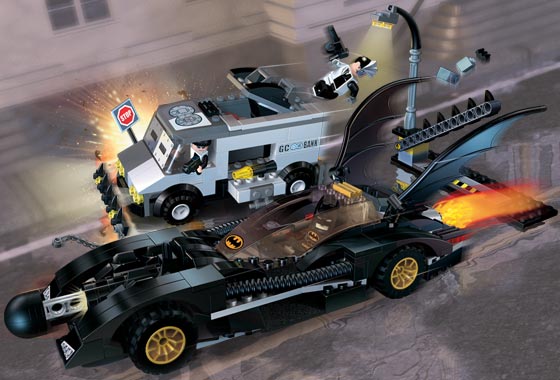 Steve: I think it’s a decent follow-up, but I think Warner Brothers Interactive should think bigger. Batman’s a cool superhero, but what about broadening the scope? Say it with me: Lego Justice League. It would allow for easy four-player co-op and bring in superheroes gamers love to play: Superman, Green Lantern, the Flash, Wonder Woman, Martian Manhunter and a whole host of others. DC superheroes in all their blocky, Lego glory—that sounds like a game.

Broadening the scope translates to even more unlockable characters, more unlockable costumes, more possible villains and the potential for a much richer storyline. All that adds up to more replay value and makes the title a lot more attractive overall. Lego Batman will be a good time, I’m sure, but by thinking bigger the next Lego game could really kick ass.

2. Nintendo is intentionally holding out on releasing more Wii consoles.

Neal: Intentionally? No shit. It’s called good business. Anyone complaining should have got it when it came out or should just be patient. Nintendo’s made out quite well, and they don’t really need to flood the market with their product. Instead, they’re just going to play you like a fiddle and make you want it oh so much more because you have to wait ever so long. Read a book. You’ll live without your precious distraction.

Steve: I hope not. It’s a rotten tactic to drum up even more curiosity and consumer desire for the Wii (still hating that name). While it might be effective, it borders on mean spirited. It’s also potentially really, really bad PR. Already a few people in the industry are hinting that might have been the case, and should that theory grow and spread (or, even worse, be somehow confirmed), Nintendo would have a nightmare on their hands.

Then again, the Wii is doing tremendously well; maybe it would be more of the naked-in-the-office dream instead of a full-blown nightmare. Nonetheless, it would taint how gamers think of the company, and that’s never good.

3. Mario and Sonic together in the same game is totally mind-blowing.

Neal: It’s kind of cool, if anything. It is most definitely not mind-blowing. 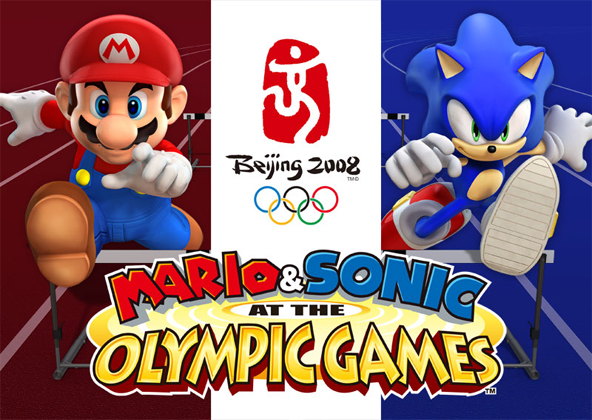 Neal: Oh jeez. You guys get a load of this crap? Please read the article on this little number. It’s unbefuckinglievable.

So this kid is given permission more than a half-year in advance to run this Halo tournament in his high school, takes care of every contingency, makes the appropriate accommodations, spends all sorts of money, and, for no reason at all (there were reasons, but they are flimsy at best), has the rug pulled out from under him. So Halo isn’t appropriate for school? We could get into the violence talk or the bad language points, but the bottom line is it’s a fucking videogame, and everyone needs to just relax. High school students have heard the word “fuck” and they’ve seen a fake guy die, plenty. If you’re going to cancel this, have a good reason or tell the kid a bit in advance, like before he spends close to $700 and has 300+ confirmed participants!

I think it’s pretty sick that the alleged wrong-doer of this situation acted like much more of a responsible adult than the adults who ignorantly and unfairly reneged on the deal. And if this committee thinks that Halo is immoral, they should check in with Zach again and see that he’s now running a Halo tournament to aid the homeless! Boy, I tell ya, this kid really is outta line….

Steve: I really applaud Zach Wigal, the high school student who tried to set this up. That’s a difficult task, and he burned his own time and money to try to make it happen—that’s worthy of respect. Just the same, he should’ve thought it out just a little better. 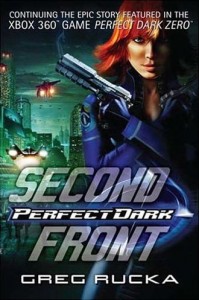 Videogame tournaments? Sure, why not? It’s a good way to get students together and promote acommunity instead of making high school a factory of academics with a side order of athletics. The school could’ve even made a little cash out of it on concessions. I think Wigal was onto something…except he chose the wrong game. If we’re ever going to prove to dickheads like Thompson and Clinton that gamers aren’t evil to the core, we’ve gotta stick to ESRB ratings like a bible…at least in public, and this was most certainly a public arena.

5. There oughta be more books based on videogames.

Neal: I’m sure there’s already too many. This topic harks back to my Lego Star Wars rant from earlier. Either PLAY the game or fucking read a real book. If you’re so into videogames that even when you’re reading, you’re STILL playing videogames, get help. It’s too much.

Steve: There oughta be more good books based on videogames. I think the idea potentially has real merit; it’s an outstanding way to try to get young people really interested in reading, and that’s nothing but good.

However, much of the videogame fiction that’s out there is crap. The Warcraft novels are weak, and the Halo novels are spotty as well. Getting kids to jump from the Diablo novels to non-videogame related books is going to require something more than 250 pages worth of crap with an orc on the cover.