Sam & Max games have always been rather off-the-wall programs with little-to-no coherent plot. Usually, the plot is that there’s some sort of unknown benefactor behind some sort of problem, and Sam and Max just shoot, drive, and rub stuff together till the problem goes away. This continuous storyline thing is completely new territory for the series, but, like Christopher Columbus, they’ve stumbled into a world that is just as amazing as it is unsettling. Also, they had a bit of a tussle with scurvy. Tortured metaphors aside, we now come to the fourth episode in the season: Beyond the Valley of the Dolls. Also know as Sam & Max Season 3 Episode 4. Also known as Happy Magical Puzzle-solving Funtime, guest starring Yog-Soggoth. 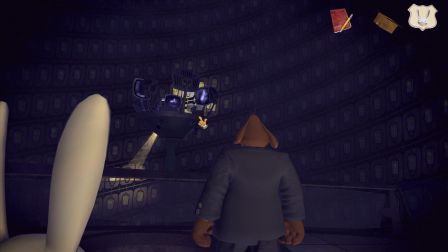 Huh, so this is how Tupac continues to release albums after he’s dead.

OK, before we go on, let me just place a nice big SPOILER WARNING sign here. There have been three of these things already, and if you haven’t been following along so far and are waiting for the season to finish to decide whether or not you should pick this up, let me just say “yes”, and this episode is the funniest one yet. It’s sort of hard to talk about this game without giving away plot points from the last one, so if you’re really set on not knowing anything about the plot before going in, or you somehow clicked on the wrong review and you decided to read it all the way through anyways because your an idiot like that, then close your eyes and pretend I’m reviewing Silent Hill or something.

After Sam and Max defeated Samun’mak and his reality-altering psychic powers, the team is assaulted by legions of half-naked Sam clones who are looking to reclaim the toys of power for some unknown benefactor. Why the Sam clones are half-naked is beyond me; I’m pretty sure if you can clone thousands of little golden boxers for them to wear, you could at least materialize some clothes. These guys all come from a huge cloning facility, which problably uses a lot of power. If you were the owner; what would you say when the hydro-electrical man came around wondering why you’re using enough energy to power a third world country? “Sorry sir, the last few half-naked anthropomorphic dog creatures just didn’t come out right, so I had to make twenty more”?

Anyways, after holding up in Stinkey’s Diner, Sam and Max soon discover the cloning facility, and set off to discover who is behind this latest attempt to retrieve the toys of power. The story thankfully doesn’t make the whole “whodunnit” thing the main focus, but instead relies upon the wackiness of it all and amps up Sam and Max’s nonchalantness about the whole affair. It’s all right, but I do have a complaint about the ending: It literally comes out of left field with no explanation, like a naked lion tamer at a children’s soccer game. I don’t want to give anything away, but I honestly tried to play through the game a second time to see how this could work out, but it still made no damn sense. It’s like if you were reading the Watchmen comic and the true mastermind behind all the events  turned out to be a fat old comic book store owner from the second chapter. 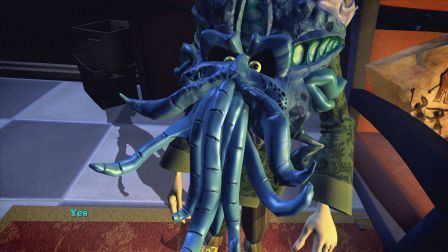 Ya know, for an ethereal god who thrives on the suffering of humanity, Yog-Soggoth is a pretty cool dude.

Despite that, I have to say that this was a really funny episode, and I think that whoever these interns are, Telltale should keep them on. The jokes are snappy and true to the characters, and they even have a running gag where Sam and Max are arguing between calling the clones “Samulacrums” or “Dogglegangers.” Granted, I still wish that Ron Gilbert could be on the writing team, but this was pretty good in its own right. Give yourselves a cookie, Mr. Stemmle and Mr. Pinney.

The psychic powers come out in full force for the second-to-last episode. You literally have every single power you’ve used in all three episodes (except for the extremely useless and living cop-out can of nuts power). You finally get to use the mind-reading playing cards from the start, and the results are nothing short of hilarious. The creepy doll comes back, giving you the power to throw your voice into almost anything, and also returning is the rhinoplaste for transformation, although you don’t get to use it all that much. You even get an awesome fighting robot toy with kung-fu elder-god-destroying abilities! All of these powers do make the game a little too easy, however, because every character decides to think out loud whenever they happen to not tell you the solution to a problem. Other than that, you’re getting no complaints from me; I loved using all the powers. Here’s a little hint: Use the future vision on Sam just as you’re inside the cloning facility for ultimate hilarity.

On the characters side, it’s like a party and I was invited! All the favorites are back, as well as some cool new extras. Sal the giant cockroach lumbers his way into servitude, the Stinky family continues to back-stab and cheat their way into our hearts, and Superball teams up with Harry Moleman (also known as verbal punching bag) to bring Momma Bosco back from the spiritual realm. Even the mysterious plot-twist character is endearing, if a little unnecessary. And there is the welcome return of good old Buster Blaster from seasons 1 and 2, who continues to spew off gamer lingo as well as malicious threats. It’s just so much damn fun seeing almost all the characters back like this. Momma Bosco is still boring, and she’ll never replace her son, but overall, the cast and voice actors do an amazing job as always.

All right, all right, I’ve dodged around it enough. I’d like to think I’m man enough to admit when I might-have-sort-of-kind-of been wrong. We’ve all got to eat humble pie and shit ego once in a while, so here goes: 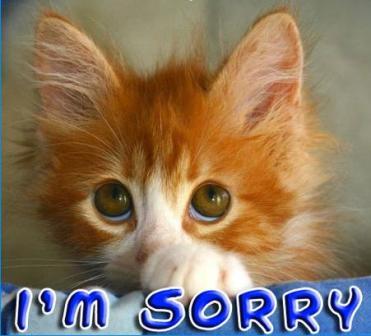 I never should have doubted you, Telltale. This episode was pretty funny, and congrats to the new guys for doing a good job with it. I have to say, my expectations weren’t all that high for this episode, but I was pleasantly surprised. However, with one more episode left to go, I’m pretty excited to see how this all will end. In closing: Yes, buy the season. Episode four is awesome, and I’m a douche.

Zack Huffman offers advice on when to release a videogame, whether gamers need to play Final Fantasy, and more.