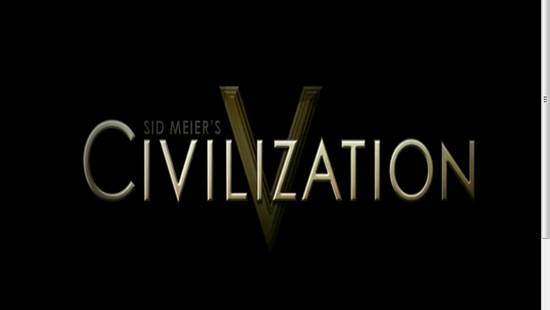 Today started out like a pretty normal day. I got out of bed, brushed my teeth, finished the ransom note, ate breakfast, and sat down in front of my new computer desk (already littered with empty Coke cans), ready to achieve all my goals for the day and become a productive member of society! It was at this point that I remembered that Civilization V had come out, and that I was the only PC gamer in the world who hadn’t even tried the strategy series out before; so I purchased it on Steam, and decided I could afford to at least check it out for a little while.

I arose about five hours later, mouse in one hand and a bag of nutrient-rich sludge in the other. I had taken over most of Asia, and I had several battalions stationed outside France’s territory, because those French bastards decided to steal all the iron deposits. My roommates had apparently written me off for dead and were seeing how much my car would go for on Amazon. I was hooked. Like Fallout 3 before it, I knew I’d be playing this game till four in the morning, occasionally checking my watch and saying “five more minutes.”

Civilization V is a turn-based strategy game where you play as one of several notable civilizations in an effort to bring your people to glory through one of several different win conditions. You can play as everyone from the apple-pie-eating patriotic-flag-up-their-ass Americans to the decapitating and hilariously short-lived Aztecs, and how your civilization develops is completely up to you. I had the French develop as a warlike culture based around socialism, beating the crap out of China, who tried to create an economic civilization revolving around trading. The historian nerd inside me was laughing hysterically when the Iroquois and the Aztecs joined forces to research how to develop nuclear weapons.

The game is turn based; units can only move a certain distance per turn, and larger actions take several turns to complete. In my transition from real-time strategy to Civilization, I felt like a freshly born humming bird learning how to swim. I wasn’t used to waiting ten minutes at a time for units and combat to happen, and when you combine that with my crippling attention disorder, you have me angrily mashing the “next turn” button till my wireless mouse sues me for sexual assault.

That’s not to say the game is boring; there are several different gameplay factors and win conditions. You can sooth your allies through diplomacy, dazzle them with science, kick their asses in war, and overtake their culture by creating Elvis Presley. All right, that’s all fine and good, but the science victory is obtained by your people going to space, which strikes me as odd, because space travel didn’t exactly help the Soviet Union win. As soon as their first rocket went suborbital, God didn’t come down from the heavens, clapping his hands and saying “Well done, Russia! You’ve gone to space! You win at life! No, there’s no need to worry about that crippling debt or the people’s revolt—you’ve gone to space! All the rest of you civilizations might as well give up right now, because you’re never going to be as good as these guys!”

Each of the civilizations has their own great leader from the annals of history that you take control to bring you nation to glory, or possibly nuclear destruction. Each great leader has his or her own special ability and units, some of which are only available at certain historical periods. Germans get Panzer tanks at the industrial era, the Japanese get the Samurai in the medieval era, and the Canadians get to eat a dick because the greatest leaders we’ve had were a drunken Scotsman and a old balding man whose only crime was having the biggest pair of balls in the world.

When you feel like you just aren’t getting your point across with all these peace offerings, then it’s time to test out one of history’s oldest truths: the guy with the bigger stick wins. Combat takes place in three categories: direct, ranged, and air. All of these are pretty self explanatory, and they are all nicely animated, if a bit repetitive over time. There’s enough variation that tactics and resource management are very important to stay ahead.

One hilarious concept in Civilization V is that the game occasionally spawns a “Great Person” from history at random to serve your country, which could be anybody from General Custard to Thomas Edison. There are several types, but the “Great Artists” are the ones that get me the most, because they have a special ability called “Culture Bomb” where you can send the great artist onto the edge of your land and suicide bomb you some more territory, overtaking anybody else’s in the process. This resulted in me creating a special forces team comprised of Shakespeare, Van Gogh, Picasso, Da Vinci, Stevie Wonder and Elvis Presley to infiltrate Delphi and gain me more land. It was either the worst plan ever invented or the best Ocean’s Eleven ever, but it surprisingly worked, and several great artistic people gave their lives for my eventual world domination!

All right, so far it seems like I’m ready to name this game my Time Vampire for 2010, but there’s a few things that didn’t really click with me that might stop you from purchasing.

First of all, because the game is turn based, it requires a great deal of patience from the player; most of your time will be spent hitting the “next turn” button until Tokyo is done building the catapult you asked for ten minutes ago. This is most definitely not a game for people with no attention spans, so it’s a wonder to me why I liked it so much.

If you haven’t already, you should go find the Civilization V game intro, because it’s damn awesome. It’s beautifully animated, with lovely voice acting and epic world domination music that would make John Williams cry himself to sleep. Seriously, go watch it and tell me that it didn’t move you in one way or another. Now, with that awesome introduction, let me break this for you non-Civ fans:

You don’t follow this young man as he leads his people to glory, through the trials and tribulations that come with being the leader of thousands of people, possibly having to make some tough decisions that will forever haunt him. Instead, you just pick your country and set the game options with all the enthusiasm of picking the thimble in Monopoly. That scene has nothing to do with the game; it just overhypes the drastic nature of your decisions, when in reality you’re just smacking your group of polygons against another group of polygons.

I mean, OK, I get that Civilization is meant to be played sort of like a board game, but I’d think that playing as Napoleon right from birth, to the doctors wondering why he’s so short, to those final moments when he was probably enjoying his morning croissant and his assistant thought it didn’t contain the right amount of bullets, might have more of a narrative impact.

Diplomacy is key for many nations, and Civilization does try to bring the excitement of global politics to your home computer. When you talk to one of the other world leaders, you just see them standing in front of you, chilling out, doing their thing, and they talk to you about trading, research agreements, etc. The characters are always the same, and in very specific areas: Nobunaga Oda is chilling out in a cherry blossom field, Alexander the Great is on a horse in an undisclosed part of Greece, Gandhi is standing on some sort of heavenly beach; you get the idea. These segments, while cool at first, get really boring really fast, since the individual leaders don’t really express themselves. For the most part, it feels like you’re bartering with a collection of ones and zeroes. There are some options for diplomacy, but not enough to really make it fun. Also, it’s hilarious to see that, while the Iroquois have obtained surface-to-air missiles and are well into producing battle robots, their leader still wears nothing but a loincloth and hangs out in the jungle

It might sound like I hate the game with all the complaining I’ve been doing, but I started playing at 5 p.m. and didn’t stop until it was 3 in the morning and my eyes resembled well-cultivated grapes, which is worth something, all right. For anyone who hasn’t picked it up and is on the fence about it, I highly recommend Civilization V, but make sure to call in sick for a while till you’ve whipped that smug smile off of Queen Elizabeth’s fat face…

In this fantastic dating sim, you star as the Prince, who is trying to find the right woman to become his bride.