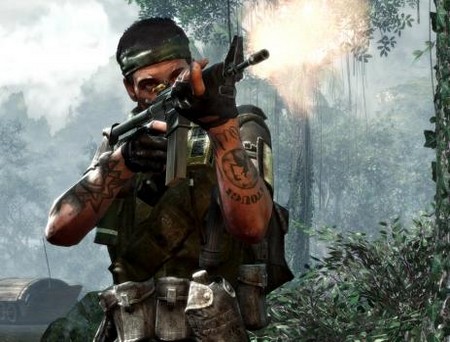 Call of Duty is a big franchise, and on its first day, Black Ops made a lot of money. In related news, the sun is expected to rise tomorrow.

The Call of Duty franchise sells big; it’s practically a license to print money. “Yes, we gathered that,” I can hear you saying. What many of you might not know is that Black Ops sold 5.6 million copies in North America and the United Kingdom. On its first day. Making it the largest entertainment launch in history, beating Halo, Avatar, the prior Call of Duty game, and, well, everything.

A lot of people, including me, were wondering whether or not the Call of Duty franchise could continue after that whole mess last year with Infinity Ward being all but gutted from the inside out. As it turns out, it can, and will,  survive, despite all of the bad press the previous game had. I’m not even really sure if reviewers’ opinions matter at this point, because everybody’s already bought the damn thing. Then again, after all the balance issues Modern Warfare 2 had, I’m not surprised everyone’s switching to Black Ops.

Hello everyone, and welcome to Inside the Guide: the column in which I discuss a particular videogame and writing a guide for it. This month's game is Where in Time is Carmen Sandiego?. For those of