Kinect dances its way into the hearts of investment bankers, selling 2.5-million units in its first 25 days. 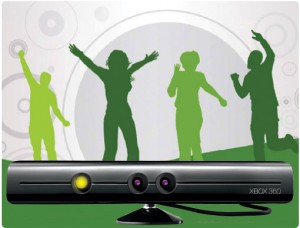 Turns out people really will buy a new EyeToy. Huh.

Yes, everyone’s favorite hands-free controller has had marvelous success, selling 2.5 million units, and only during its first few days on the market.

“We are thrilled about the consumer response to Kinect,” said Microsoft exec Don Mattrick, “and are working hard with our retail and manufacturing partners to expedite production and shipments of Kinect to restock shelves as fast as possible to keep up with demand.”

“With sales already exceeding two and a half million units in just 25 days, we are on pace to reach our forecast of five million units sold to consumers this holiday.”

Those are some pretty impressive numbers. If I were an investor, I’d either be satisfying my girlfriend (and maybe my wife, too), or crying into a pillow. Considering that nothing interesting has been released for it, apart from Dance Central, I’m honestly surprised it did so well. Then again, considering how much marketing they did without even showing people the actual games, I guess I shouldn’t be surprised people bought into it.

However, Sony’s no slouch when it comes to sales, as they’ve reportedly moved 4.1 million copies of their own motion control system, the PlayStation Move. But that was over the course of the last few months, as the Move came out on Sept. 15, and the Kinect’s sold 2.5 million in half the time, so PlayStation publishing execs should hold off on the hookers and blow until the holiday season is over.

Personally, while I am interested in the technology, I’m going to wait until something interesting comes out, as I really don’t need another version of Wii Sports, even if it was designed by the guys who made Perfect Dark. And the fact still remains that without any way to actually touch or connect with any sort of real object, motion controls are very limited in the experiences they can create, and so far nobody’s willing to try anything cool with it.

I will say I’m interested in Kinectimals. I would love a new pet tiger, as my current one, Ling-Ling, has a bad habit of sharpening her claws on the living room drapes. And my bed. And the plants. And the family hamster.

With all of these crazy podcasts we've been having lately, with their live feeds and their guest stars and their sing-offs, we've built up quite a backlog of Sara-submitted content.