I have a confession to make: I am officially a casual gamer.

Sure, there were definite warning signs. I only bought three new videogames last year, two of which had the words “Nancy Drew” in the title. But still, I was surprised to find out that I am no longer a regular gamer.

The game that led me to this conclusion? Samantha Swift and the Hidden Roses of Athena. 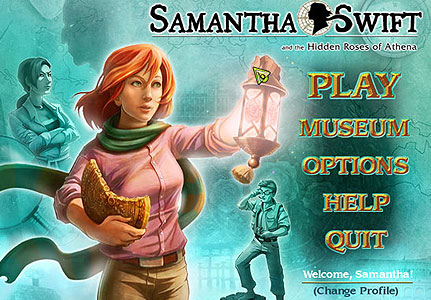 Samantha Swift is a casual, point-and-click adventure/hidden object game. Each screen has twelve or so different items for you to find, as well as three or so puzzles for you to solve. You have to use the items you find in order to solve the puzzles; for example, you have to find the magnet and use it on the metal in order to find the hat. Or you have to find seven missing tiles scattered in the room, so you can place them back on the mosaic to unlock the door to the next room. Of course, there are different puzzles in each room and some puzzles that span multiple rooms, but none of them are too hard to figure out.

I remember when Super Mario Galaxy came out. It was so good to finally have another Mario game along the lines of Super Mario 64. I played it like a maniac; for a month, I tried to play a few hours a day until I got all of the stars, even the ridiculously hard ones that take at least forty attempts to get.

Samantha Swift is much less intense. It comes in twenty-minute segments, not multi-hour sittings like Galaxy. You can easily beat Samantha Swift within a week, whereas Galaxy takes much, much longer to win. But somehow, I found it loads more fun than Super Mario Galaxy.

It’s a different gaming experience. The game doesn’t aim for the coveted position of Best Videogame of All Time. It just aims to entertain you for twenty minutes at a time with simple item-hunting and puzzle-solving, with a minor bit of plot along the way. By setting the bar low, the game was able to leap over it with more ease than Mario did.

I don’t know if I can really explain it. I know this is far from being the best game ever. But still, somewhere along the line, it converted me to the casual game genre. I still like playing long, time-absorbing games like Phoenix Wright or BioShock 2. But there’s something to be said for being able to veg out and have fun playing a game for 20 minutes, without having to dedicate a large amount of time or effort to it. 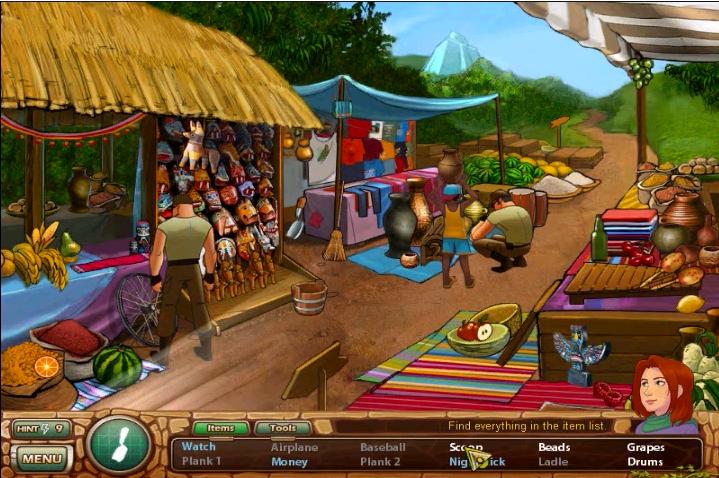 There are some hidden object games I’ve played that are really bad. Like The Lost Cases of Sherlock Holmes. That was awful. Samantha Swift is better than the Sherlock Holmes game for these reasons:

Also, this game has a decent replay value, because the objects you have to find are randomly determined. So each time you play the game, you have a different set of objects to find on each screen. All the puzzles remain the same, though.

There are some problems, though. The cutscenes need voice acting, stat. Plus, some of the items have bounding boxes that are a bit too tiny, so it’s easy to accidentally skip over them and then be forced to go pixel hunting. The game’s convenient hint system helps prevent this from becoming too much of a hassle, however.

All in all, it’s a really solid casual game. I would definitely recommend it to fans of the genre. If you’re interested in seeing what it’s like, feel free to check out my video walkthrough for it.

The past is but a figment of the imagination. What does the future hold?