Let’s go bowling…with your finger! I recently got a snazzy new Android phone: the HTC EVO 4G. The best phone in the world. As the war on drugs mobile platforms rages on, Android seems to be leaning forward, but perhaps not in the world of videogames. The first game I downloaded off of 4G was Finger Bowling. It’s like sticking your finger up your anus and then going bowling. Still interested? Then read on. 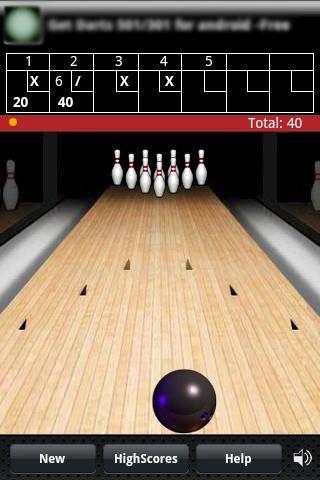 Finger Bowling is a steaming pile. When you launch the game, you go directly to the lanes. There’s no splash page or anything. While I don’t like load times, I’m used to seeing a nice introductory graphic or something when I start a game. The gameplay is pretty shitty. The ball is placed at a random spot on the lane, and you can’t move it. Then you flick your finger down the lane toward the pins. Bowling is arguably the best event in Wii Sports, and this game just spits in its face and says… “Well, you’re here; you might as well flick some trash down the lane.”I was bored of this game on my very first flick.  The ball simply vanishes when it reaches the end of the lane, and then magically the pins fall down like very slow dominoes. Granted, I don’t know how robust the 2D and 3D graphic APIs are in Android, but Finger Bowling plays worse than a crappy flash game.

If you’re a glutton for punishment and get through your first 10-frame game, you are then considered privileged enough to play some sort of “Tilt” version of Finger Bowling. Is the course tilted in some way, or perhaps does it have barriers in place, like the training mode in Wii Sports? Nope—you just have some shitty wind affecting the lane differently each throw. This was clearly ripped from those games where you have to flick the trash ball into a waste basket with air blowing randomly. What fucked-up bowling ally did the developer go to that has gusts of wind huge enough to affect a 10-pound bowling ball? The game also features a high scores list of all the other unfortunate souls that have downloaded Finger Bowling.

The one saving grace to this game is that it doesn’t take up much space, and it’s free. Some say you get what you pay for, but I want to take back the time I spared on this gutter ball and strike it from my memory. 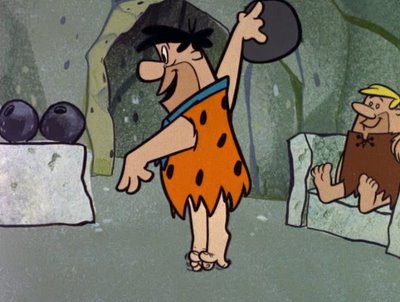 Hey Barney, can you think of a funny caption for this image?

I'd put this above Paper Mario, but below Super Mario RPG.