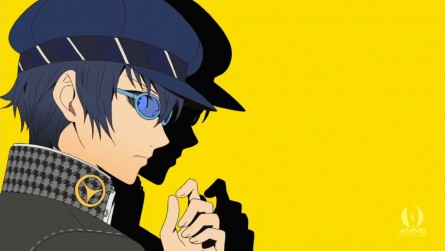 The Persona games are games set in the Shin Megami Tensei series, and feature a focus that is incredibly different from the main line. In each installment you play a silent protagonist that finds themselves able to awaken their inner self—a Persona, if you will—and enter a dark realm to do battle with monsters that represents the faults of the city they live in and the people around them. Through the course of the games you meet people that can also awaken their Personas, but they have to accept who they are, even the parts of themselves they don’t want to acknowledge. If they reject their faults, their Persona turns into a Shadow: a monster that desires only to be accepted by the person that spawned it, and will kill that person if they keep denying their Shadow.

That bit of an infodump is important because Shadows and Personas are key parts of a character’s story arc and development. Through these you learn a lot about the characters you play with in a nontraditional method of character development. However, this isn’t the only major difference with the main Shin Megami Tensei line; while the main line deals with societal reform as a major story element, Persona deals more with interpersonal struggles—getting to know your friends and helping them grow past their issues and insecurities in society. The most recent game, Persona 4, features a character named Naoto Shirogane with a major story arc involving gender identity as a heavy element. 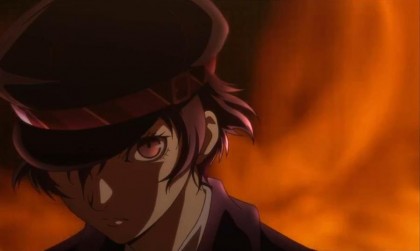 Some men want to watch the world burn.

When you first meet Naoto Shirogane, you know them as male; everyone uses male pronouns, and nobody assumes otherwise. As the game goes on, Naoto’s narrative focuses around chafing under the misogyny of the Japanese police system, and their dream to become a detective like their parents. Naoto also struggles with femininity, and this is a key element of their story arc. According to the canon story, Naoto just feels like being a man is the only way to accomplish their hopes and dreams in life. With the help of the protagonist, Naoto learns that’s not the case, and that being a woman isn’t bad. 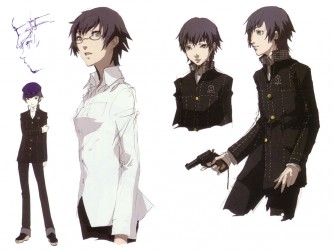 Naoto has the largest bust out of the whole cast, and the game goes out of its way to de-emphasize that.

However, it seems that canon and authorial intent disagree with each other. Shigenori Soejima, the art and character designer of Persona, says that Naoto was intended to be male all along, which would make for a boring story that lacks the conflict of the canon story. Another thing is that Naoto responds negatively to being referred to as female. When students do it after acquiring Naoto as a party member, they’re very uncomfortable about it. When doing so during the Social Link scenes, it will cause you to lose Social Link points which are required to realize Naoto’s true potential. In the Japanese script there’s an event that if you pursue a relationship with Naoto, they’ll ask if it’s okay for them to use male pronouns. And while it’s a superficial detail, for almost all of the game Naoto wears a male student’s uniform to school. There’s still even more, however.

Except for the main character, all of the characters in Persona 4 have Shadows. There’s some aspect of themselves that they are rejecting, whether they know it or not. In the case of Naoto, it’s their gender. Their Shadow takes the form of a robot scientist version of Naoto, and in true Shadow fashion demands acceptance. However, it doesn’t threaten with death; it tries to erase the reason for the rejection. Shadow Naoto offers to make Naoto a man, offering to perform gender reassignment surgery upon Naoto’s body. This represents a key part of the trans identity, deciding if being trans—and transitioning—is something that’s right for you. Refusing this angers Shadow Naoto who turns on the party and they must defeat it. Defeated, Shadow Naoto turns into Sukuna-Hikona, a Japanese god of healing—also take into consideration that all of Naoto’s Personas are male mythical figures. 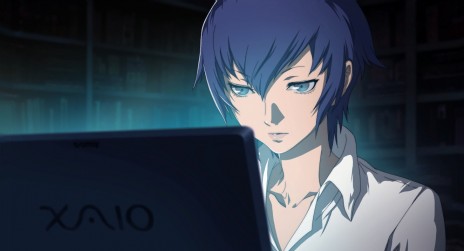 “Another night spent blocking people in the Naoto Shirogane tag on Tumblr.”

While canon says Naoto Shirogane is a woman, he reads like a transman. His story arc has elements that are present in trans narratives, his own Personas are all exclusively male, and he dresses in ways that emphasize his masculinity. And it’s really important we regard Naoto as a transman; beyond the fact that trans characters don’t get positive representation in media outside of their transition, transmen also do not get much representation as society focuses almost solely on the transition of transwomen. So, rather than accept the canon explanation, let’s embrace the opportunity to gain some representation!

Hello, everyone, and thank you for reading this far down! This has been the first installment of a column I will be doing called “Disregard Canon, Acquire Representation”! In this column, I will look at popular characters and explain why they’re in some way part of a group that’s marginalized by society, and why the canon should be disregarded in favor of representing marginalized people! If there are characters you’d like me to examine, let me know in the comments!

Welcome to "The Grass is Always..." For those of you who weren't reading GameCola in 2006, the general idea of this column is that two people play a game together, and someone tapes it. Then all the r