A new Fire Emblem DS game hit stores in Japan this week, and after searching desperately for a non-Japanese release date, I came across some rather…strange information. The new DS game is a remake of Fire Emblem SNES.

For those of you who don’t know because the games in question are all Japanese exclusives, Fire Emblem SNES is actually a remake of Fire Emblem NES, with bonus material such as the creatively-named “Part Two.” So…the new Fire Emblem DS game is a remake of a remake of the first Fire Emblem game. 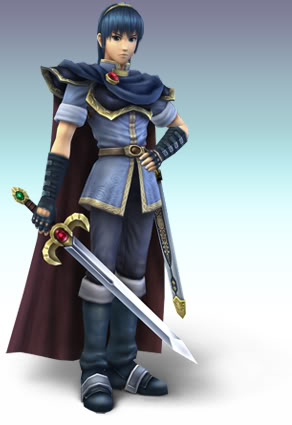 Needless to say, “Fabricated News” can’t let this information sit still. When one game is so popular that it spawns three remakes (and a two-episode anime), it is our duty as a fake news column to figure out why. And so, we asked the star of Fire Emblem NES, Prince Marth Androy, why he is the most popular Fire Emblem hero ever. His response?

In the meantime, however, Intelligent Systems announced that they will begin translating the new Fire Emblem remake later this month. The finished translation should be done by Christmas 2010, and the remake of the same game will be done by Easter 2011. After that, they plan to remake the other Fire Emblem DS games, then remake Fire Emblem NES again, and remake the DS games twice more before revealing their brand new, top secret project: the long-awaited second Fire Emblem Wii game. Rumor has it that the game will take place after Radiant Dawn, when Ike and Soren have sailed to a new country and—nah, I’m just kidding. It’s actually going to be a remake of the Marth game.