Hacks’n’Slash, GameCola’s bad fanfiction podcast, returns with a selection of Phoenix Wright fanfiction! For the first time ever, I believe we have actual slash in Hacks’n’Slash. We also have some guy named Phenix Wright who vaguely resembles Phoenix. 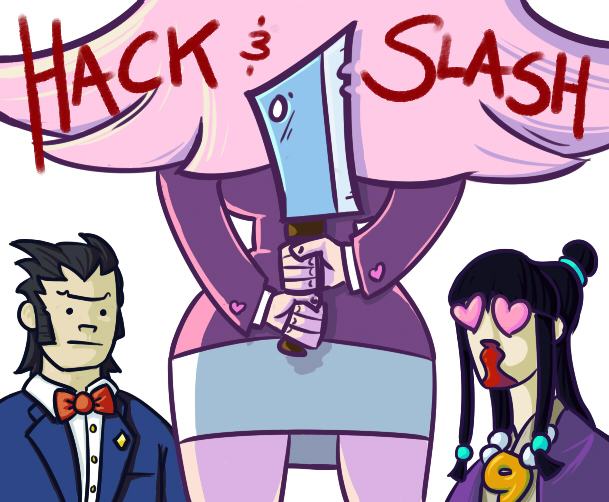 But that’s not all! We had so much fun with NekoJessica that we decided to read two more of her stories. First is “The Untold Tale of Dennis the Menace”, which explains how Dennis got his name and embarked on a quest to destroy the world (37:26 to 44:09). Second is “troubled times in spiral mountain”, a Banjo-Kazooie story in which Kazooie turns evil (44:09 to end).

Are there any stories you want us to read on a future podcast? Is there a particular game or genre you think we should cover? Let us know in the comments!

Sample Quotation: nekojessica did a raelly cool animation and pointed at maya and said “You have no defense you pathetic lawyer!” and phoenix said “Objection!!!!!!!!” and everyone clapped and phoenix said “I have a defense” and she said “oh” and the judge looked.

The summer I turned 18, I began my first job as a waitress at Friendly’s. I had previously volunteered at my local library, and done my share of babysitting over the years, but I had never before wo ...