Stop e-mailing me this shit.  thanks.

Your ideas suck.  You should not be on the nintendo staff.  Nice website ^.^

I was pretty disappointed about FF Crystal Chronicles.  Wish I would of read your review before I bought it.  It’s just not the same/as good as others have been.

I still think that this Kevin Leacock character looks like your dorky little brother.  Is he the equivalent to you as you are to me (there’s one for your philosophy class)?

I’ve gotta start by saying I am not going to rant just about how I disagree with a certain review, and gripe and moan, etc.  What the hell does that ever do anyways?  How many people’s opinions can be changed about a game (which is nearly impossible anyways) by a raving stranger criticizing their work and opinions?  None I hope.  So I hope to go a slightly different route and try constructive criticism.

This is mainly to Aaron Waters.

Yes, I do have problems with your review of Metroid Fusion.  Just hear me out though.  I too, am merely a teenager (barely turned 18), so I think I can see where some of your opinions come from.  I was fortunate enough when I was (very) young to play Super Metroid — as you most likely were.  It was a very magical game to me because I was young and it was a brand new intense world.  Something I had never quite seen before in my young, influential life.  I’m guessing it’s the same with you.

I think you hold the original version in such high regards, that anything else created on a similar basis (2D side-scrolling Metroid) is most likely to be inferior unless they just enhance the features the original game had.  I own and play Metroid Fusion.  I agree, it’s definitely inferior.  If you get good enough at it you can beat it completely in just one day’s play.  There are some frustrating differences (though minor in my eyes compared to the complete perspective).  But nearly everyone I’ve talked to who’s played it claims it was worth its play.  Hardcore and n00bs alike.

I’m not saying you should change your opinion of the game, but I get pretty upset when you write a review so horrible, focusing and magnifying the bad spots, that you deter people from trying the game.  I have to break it to you.  The game was good (not extraordinary).  Most people think it was well worth the time and money.  This is one time that I think it is a reporter’s (or reviewer’s) job to see and realize the game’s popularity among all groups of gamers, and encourage people to try the game out (even if you, personally, disagree).  You may consider the game a failure and a disgrace.  Please let other people make their own choice by NOT scaring them so much with your review that they never wish to touch it.  You’ve got to be a little more neutral if you wish to write reviews for professionals.

And now, to everyone else on the site.

It’s nice to see other teenagers so sentimental and driven by these classic games.  As you said in your Wind Waker review, too many games are VERY narrow-minded.  Seeing games as only good if they have realistic graphics, with real people, and they’re most likely making blood spurt out.  I cry in relief every time I see the phrase “Nintendo will not have Mario shooting hookers”.  In a way, video games are making kids stupid.  They’re learning to “judge books by their covers”.  The thing that really matters in any game is the gameplay, and therefore, the amount of fun it brings you.  Maybe someday people will force them to play some of those good ole games.  Let’s have a moment of silence for Prince of Persia: SoT, and BG&E.  Killed tragically by moronic and narrow-minded consumers.

P.S. You might not want to put EVERYTHING on one page.  It takes forever to load up and I lose half of the graphics in the transfer anyway.

Neat latest magazine!  Did you guys ever review Simpson’s Hit and Run?  I wondered what the reviewer gave it.  I’ve had fun with it. 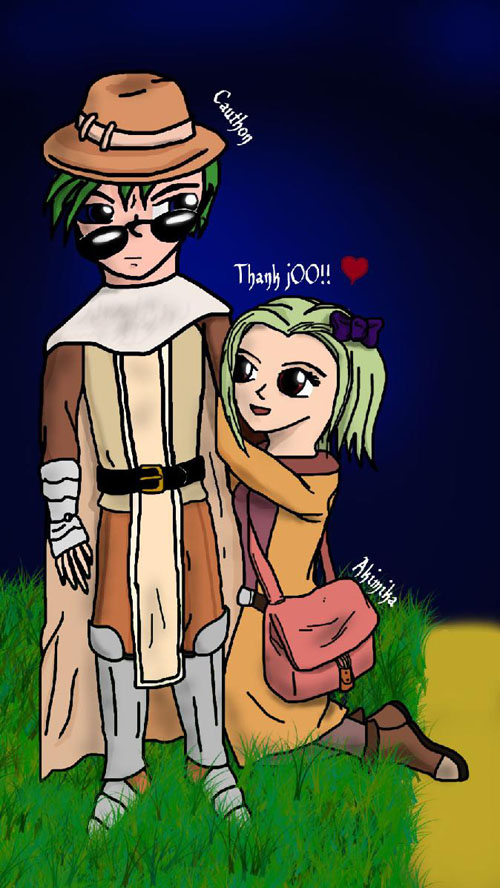 Looking for some games to play? We've got a list of ones you can make sure to avoid.