Favorite Part of the Last Issue

My favorite part of GameCola this month was the review of “The Adventures of Willy Beamish”. I’ve never heard of that game before, but now I want to play it.  But I can’t because I don’t have a Sega CD.  Oh well.

– Actually, you can! It’s also available for the PC, though be wary; it doesn’t work on some new computers, as I discovered a few weeks ago.

It’s gotta be your Dear Readers comments…. I can honestly say I sympathise with how you felt about Out Of This World…. it was depressing the amount of times you died.

Plus the fact you kept reminding us of (which is a good thing) that people are in an uproar over polygon characters having consensual sex, when just the other day, I was running around in GTA beating up nanna’s and running over police officers…. it’s a straaaange world we live in…..

I liked the part where you spelled Sony as Sonly in the Untold Legends Review.

Please let me win those Spice Girls Videos, it would give me such joy.  They would go well with the awful CDs I won a couple of months ago.

(I hope I made some sort of grammatical/spelling mistake making this email ironic.)

honestly, I just skim through the whole thing looking to see if my name is mentioned.  But I will correct you on one thing- GM and F do not have a monopoly on the auto market as indicated in “Carbonated News”  Our mutual fund lost about $40 million dollars betting that they did have a monopoly.

Well, first of all, thanks for the feedback for my little section. It’s always good to get a response, good or bad  : ). With regards to what you’ve pointed out, I don’t pay attention in the slightest to the stock markets, or watch Bloomberg or any of that crap; I just know Ford and GM (Holden in Australia) are pretty damn massive companies. That’s why I used them as examples.

I wouldn’t advise anyone to take any advice (regarding business, stocks, or otherwise) from GameCola, as you might end up losing a fair wad of cash :). I mean, if you took my last article seriously about the N-Gage being a threat to the Game Boy, and went out and bought a whole heap of N-Gage shares…. you’d feel a little silly right about now wouldn’t ya?   : )

Seriously though, more feedback!!! It’s good to hear what people think about our little rants and raves : ).

GameCola Disclaimer: Neither GameCola nor its staff offer legal, tax, financial, or accounting advice. Please consult with your own advisors regarding your particular situation, you cheapass monkeys  : ).

Because everyone needs 4 Spice Girls VHS cassettes to add to their priceless collections of decade-old video tapes.

Regarding Taboo: The Sixth Sense [in Captain Eric’s Super Thumb Feature Presentation], “after it does the reading.. well that’s it, the end, scr00 j00r question” made me ROFL for a while.

I like this zine. You guys win at life.

my favorite part of the issue is how sam evert called zack huffman a liar and is now going to get her ass kicked, huff style.

This is my first time coming on this 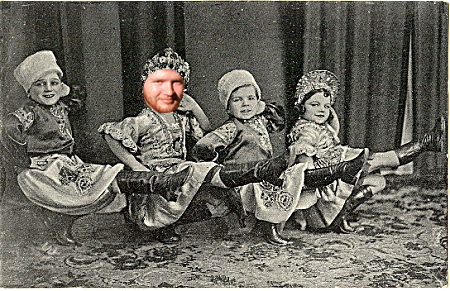 Paul was drowsing quietly at the desk in front of his computer. The screen set off a soft glow that made his face a pale blue color, and his eyes were mere slivers between his soft eyelashes. It was far past midnight.

From beyond his door, he could vaguely hear the sounds of drunken partying in the hallway. Clearly, Friday nights were not meant to be quiet nights at College Park. Paul sighed. All he wanted to do was finish what he was working on and get to sleep.

“Gosh darnit. Why can’t people frickin’ GO TO SLEEP OUT THERE. GameCola isn’t going to get itself up!” he muttered to himself.

It was the night of the GameCola deadline. Paul had everything all ready, but he wasn’t about to give in and go to sleep before it was up and online. He knew he’d get hell tomorrow from his faithful readers if the shiny new issue of GameCola wasn’t there waiting for them when they woke up at 5:00 on Saturday morning.

Paul scrolled idly through the articles he had yet to finalize. Yup, there was Stu’s review. And Eric’s Super thumb thing. And all of Matt’s stuff…

Paul was dismayed! How had he not noticed earlier that this crucial bit of GameCola was missing from his good buddy Matt’s submission?!

Paul threw a stapler across the room in a sudden burst of anger. It was 2:58 AM! Two minutes before his self-appointed deadline, and he was frickin’ missing his favorite part of all!

There was only one thing to do.

Paul pushed his chair back and got to his feet, stretching broadly as he did so, sending the muscles across his back rippling powerfully.

Paul knew what he had to do. He was going to get his Gates of Life if he had to walk up to Matt and force it out of him.

Fortunately for him, Matt lived a mere two yards from his door. Convenient how things like that work, them being friends and living in the same apartment and all.

Paul felt a strange tingling in his stomach as he thought of those living arrangements, as usual, but he put that down to plain nerves. It wasn’t easy, even for the Supreme Ruler and Ultimate Head of GameCola, to face down Matt Gardner and come away again unscathed.

But his mind was set.

Paul opened his bedroom door and stepped out into the hallway of their four-person flat. There were various beer cans and other remnants of the others scattered around their living area. Paul and Matt stayed in their rooms mostly, coming out every once in a while to play video games. The two Normal College Boys who co-existed with them were rarely seen, but the evidence of their residence was clear as Paul crossed the living area and headed straight for his best friend’s room.

Taking a deep breath and pausing for a moment to allow the sudden inexplicable butterflies in his stomach to settle, Paul knocked on Matt’s door.

There was no answer for a moment, and Paul was about ready to knock again when he heard a voice.

Paul let out a sigh of relief. He’d been afraid the other boy/man would be asleep already. And then he’d never get what he came for.

Which, as we all know, was Gates of Life. Nothing more.

After another moment of tense waiting (Paul tried in vain to loosen his tensed muscles, and he couldn’t help thinking that at least he would be looking buff and masculine [he hoped]) the door opened.

`”Hey Paul, what’s up?” It was Matt. His eyes were slightly red from lack of sleep, and the familiar sounds of World of Warcraft were emanating from the background.

“Hey man,” Paul was crazy impressed with how normal his voice sounded. “I was just wondering, what ever happened to Gates of Life? It wasn’t in the batch of stuff you gave me earlier today.”

Matt furrowed his brow. “That’s weird. I totally put it in there. Well, come on in, and I’ll just get it ready again.”

Paul took a step into the room. “Wouldn’t it be easier for you to just send it to me? I’m online, you know.” He saw Matt go over to his computer and minimize WoW as well as a few other screens that Paul couldn’t quite catch.

It was then that Paul noticed somethign very strange.

He wasn’t joking, or laughing, or making remarks about how Paul was only getting to all this now when he’s always the one harping at Matt to get things in way ahead of time.

Paul was slightly worried by this, and at first just put it down to the fact that it was now 3:01 AM (by his watch) and Matt was clearly absorbed in whatever was going on in WoW right now.

But when Matt turned back to Paul to say, “Do you want this in Word, or what?” Paul realized with a sudden shock that what he had taken to be exhaustion in Matt’s red-rimmed eyes, was in fact… tears.

Paul nearly fell over in disbelief.

His mind was immediately full of conflicting ideas for what to do next! He wanted to leave the room and give him some privacy, to ask what was wrong, to cross the room and hug him, to do other things to take Matt’s mind off of whatever was making him upset—Paul hurriedly buried this last thought. It would get him nowhere, he knew, for he’d traveled that road many times before, and he feared that soon he’d be the one with tears in his eyes.

Paul shook his head a little, and blushed.

Matt turned back to his computer screen, and with a few clicks of his mouse, had The Gates of Life file up and ready. He transferred it with the ease of many years of practice onto a floppy disk. (Mmm, Paul thought, old methods of file transfer sure do make my blood boil.)

The boy/man got up from his chair again and turned to Paul, handing him the disk with the promised feature on it.

For a brief moment, their fingers made contact, and Paul’s breath caught in his throat.

But then it was over, and Matt was turning back to his computer, and saying, “Well, good luck, man. Tell me if you need anything else.”

Paul turned to leave, feeling slightly disheartened, until his eyes happened to fall on his friend’s computer screen.

As Matt was shuffling things around, opening and closing windows, Paul saw the briefest flash of a title containing his name. And then another one.

And a picture of him—of Paul, standing next to Matt in a place he didn’t recognize. Both of them were smiling broadly, and Paul thought he saw their hands clasped together tightly.

But then it was all over.

Paul left the room, walked back across the hall, and entered his abode.

He flopped onto his bed, all thoughts of GameCola and Gates of Life chased away for a moment.

He lay there for a few minutes, staring up blankly, a smile flitting across his face.

And a question in his mind.

He whispered it to the darkness, with hope in his husky voice:

Epilogue: Two days after the writing of this fanfic, Matt was late with The Gates of Life in real life. I think you can tell what happened from there.