Diary of a Deadline: Dark Pictures of Shit that Nobody Could Possibly Care About

Walk outside on the first few days of the year in Japan and the design of the Silent Hill will suddenly seem much less creative to you. My naivety regarding just how closed down and deserted my city would be on the 2nd and 3rd caused my original plan for this article to go awry, and now I sit here at 4 a.m. with a scant few hours to come up with an idea. And yet I don’t.

So if you thought that I couldn’t put any less effort into this, tonight I’m going to be a lack of effortmachine. I’m gonna go take a few pictures as I ride around the city (I usually ride around the city at this time anyway, so don’t chalk that part up to effort), so neither of us will have to do much thinking.

But first, let’s warm up with some pictures of inside my humble abode. 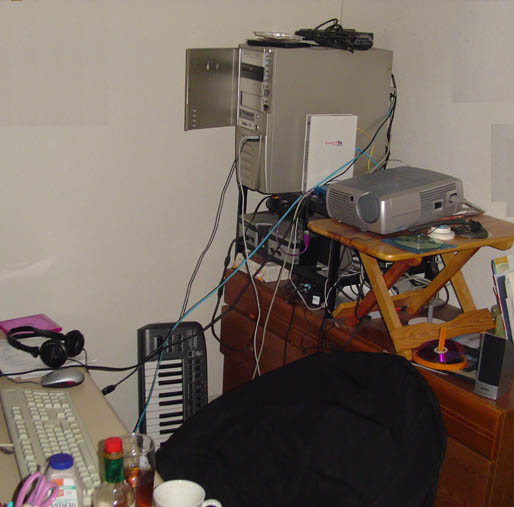 This is where I spend about 15 hours of each day. 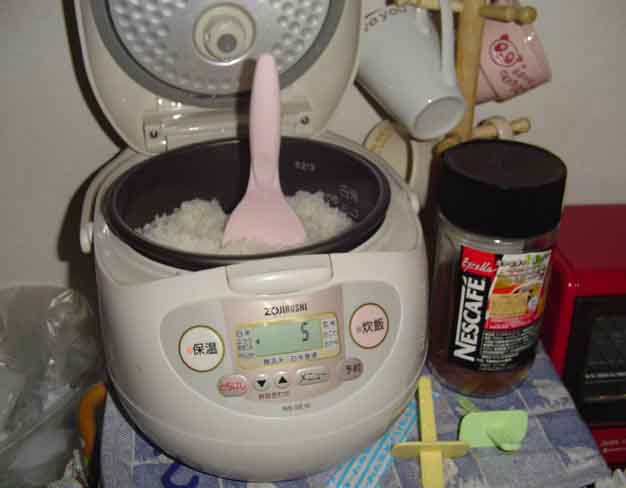 Here’s my rice machine—my main source of nutrition. This is to me what a microwave was in my home country, although, admittedly, it works on a notably more limited range of food items. Amazingly, through some manner of Jappo-witchcraft I haven’t yet figured out, if I put little white pellets in and push one of the buttons with wacky Asian writing on it, “twinkle twinkle little star” plays and then there’s rice inside! 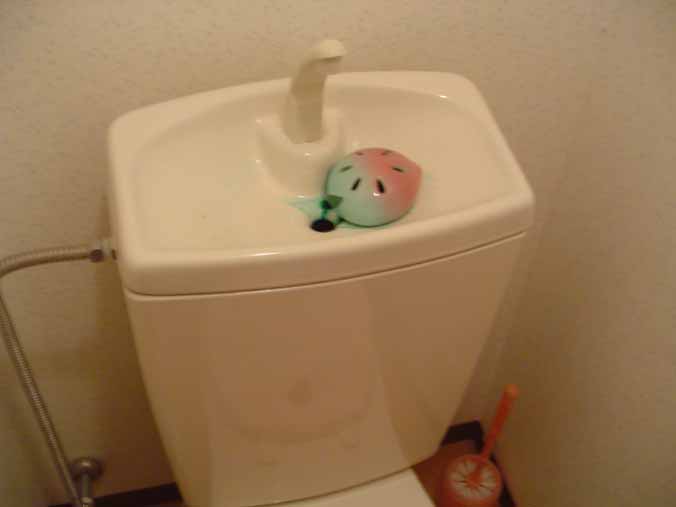 I won’t insult your intelligence by explaining what this thing attached to the toilet is supposed to be for. For bonus points, try pointing out the ridiculousness of washing your hands without soap to a Japanese and see how defensive they get (same works for lack of central heating, the open sewage gutters lining streets, or the country’s failure to sign the Hague Convention on the Civil Aspects of International Child Abduction lol!) 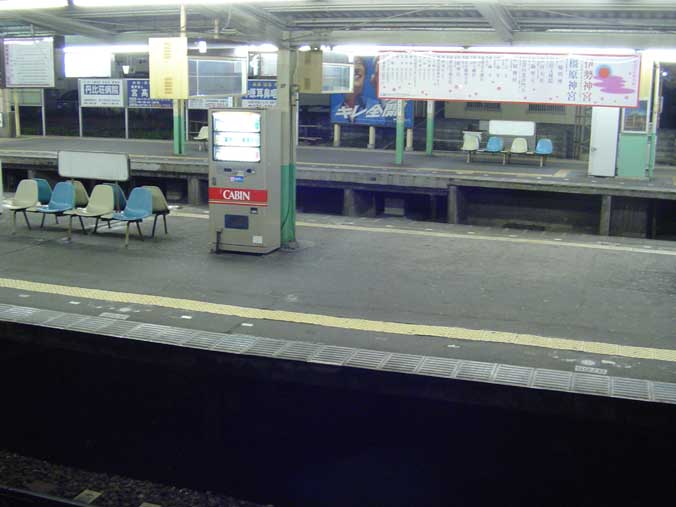 Well lit even when closed. Not a busy enough area to consider for a suitably annoying suicide. 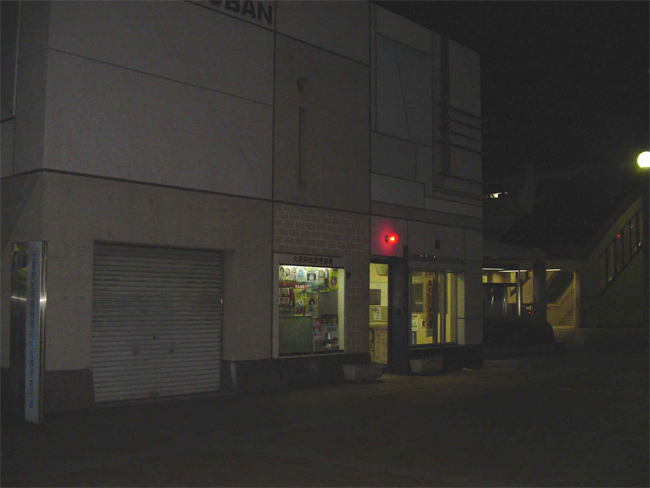 The famous Koban. One big concrete pork kolache, nyuk nyuk. Note that I have to balls to take a picture of it at 4:30 a.m. even though I am totally afraid of and don’t trust cops (if I had a yen for every time I’ve been stopped to make sure my bike isn’t stolen…I’d have like, three yen.) 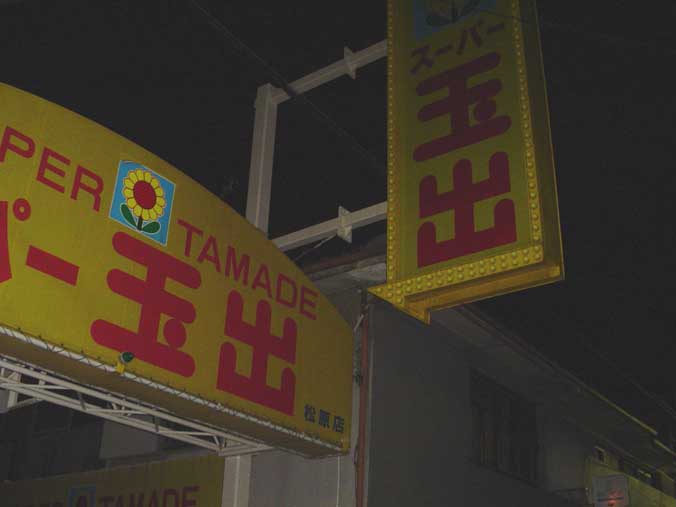 No, it’s not a strip club or some kind of pachinko/gambling thing—it’s actually a supermarket. This is where I go shopping. If you live in a small-to-medium-sized American city, you might know what I mean when I say “like those small discount grocers whose patrons consist of people who make Wal-Mart shoppers look like millionaires with top hats and monocles.” Except here it’s a pretty large franchise, so there’s not as much rotten sausage and items with their expiration dates marked out.

Now, I’ve always been cheap (or to euphemism: a practitioner of simple living) and I would shop with the yellow trash even if I could afford otherwise, but the price difference is too drastic too ignore. When three onions cost 100 yen here, I can’t believe anyone at all shops at the Japanese equivalent of Wal-Mart down the street where they’re 250.

So remember, for the best prices in town, look for the tacky flashing lights, and the thing that looks like a capital I with a horizontal line in the middle followed by the one that’s kinda like two capital E’s rotated 90 degrees counterclockwise! And for a limited time, get a free liter of genuine schoolgirl urine with the purchase of an octopus!* 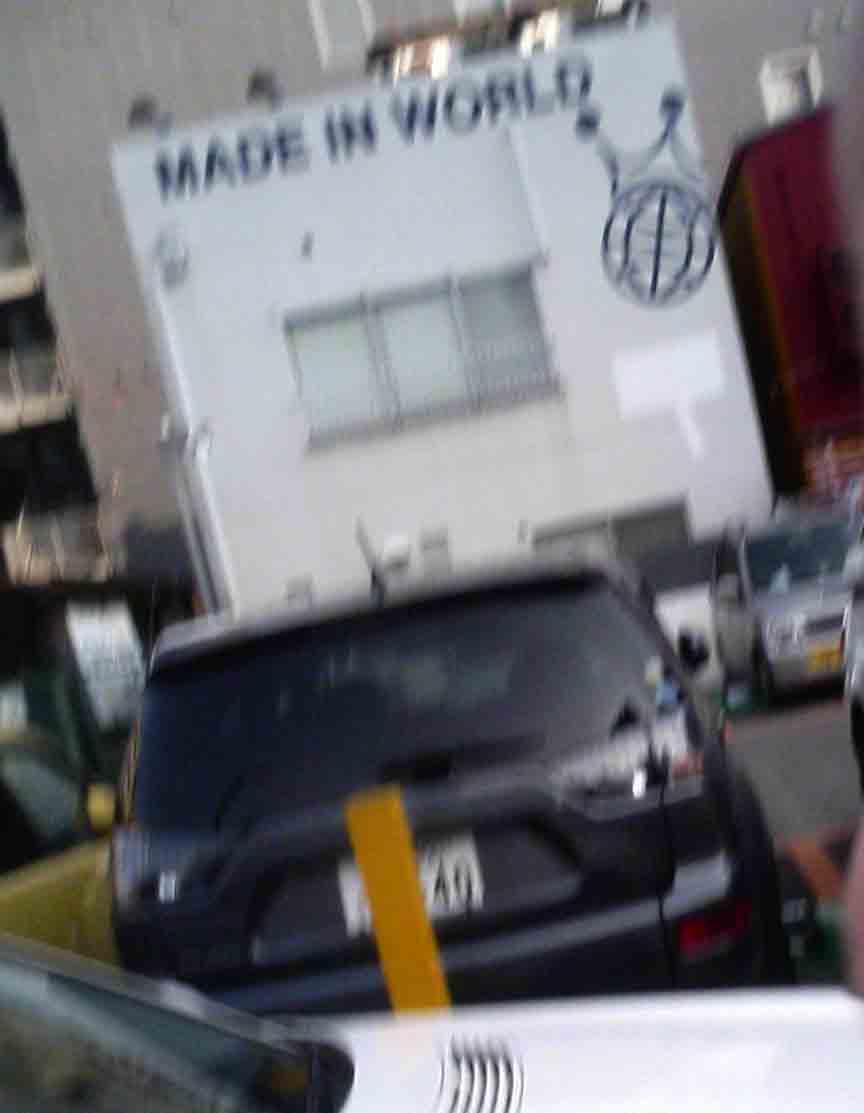 We here at Low-rent are proud to say that we only buy products made in world. Let’s keep jobs here.