That’s right, another year has gone by, and my baby testgame is that much older.  In commemoration of the birth of a new year, I thought it would be interesting to do a little look back at testgame as it has grown over its months on GameCola.  This just happens to coincide nicely with the fact that I don’t have much at all to say about this month’s updates (there’s basically just more prettiness things—you can read the list yourself).

Take a nice leisurely look at the before and after comparisons below.  Personally, I find it completely unbelievable that so much in testgame has changed in what seems like such a short amount of time.  Some of these images have never before been seen by non-Lizo eyes, so go crazy! 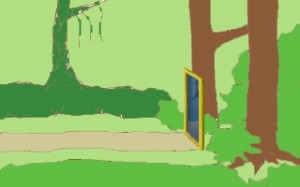 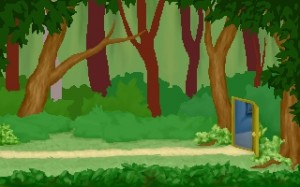 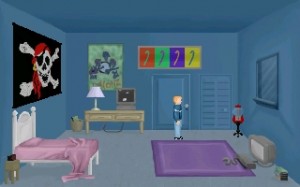 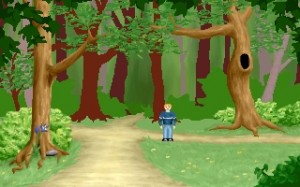 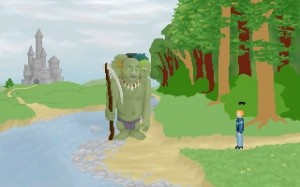 Well that was fun!  Don’t forget to play the updated version of the game.  I’m a huge fan of at least one of the new things, maybe even two.

There will be more next month.  I swear.

·        More hotspots to look at and interact with in the path to the castle screen, and the castle entrance screen.

All the graphics and design are by Lizo.  The dialogue was written by Lizo, with significant input by Paul.  The background music is by Lizo.  “Let’s Go Skateboard” is written and performed by The Word Problems.  Adventure Game Studio (the program used to create this game) can be downloaded at http://www.adventuregamestudio.co.uk/