You know him from his monthly reviews and from last month’s Versus Mode, and you know her from Pretty in Pixels! This month in Versus Mode it’s:

Alex: Urgh. Don’t get me started on limited editions. I mean, sure, some of the extras might even be kind of cool, but is it really worth buying the entire game again just to have them? Limited editions are only a step above anthologies and re-releases. After ten years, I’m pretty sure I’d be happier to have $70 extra in my bank account than to have some figures and posters or something. 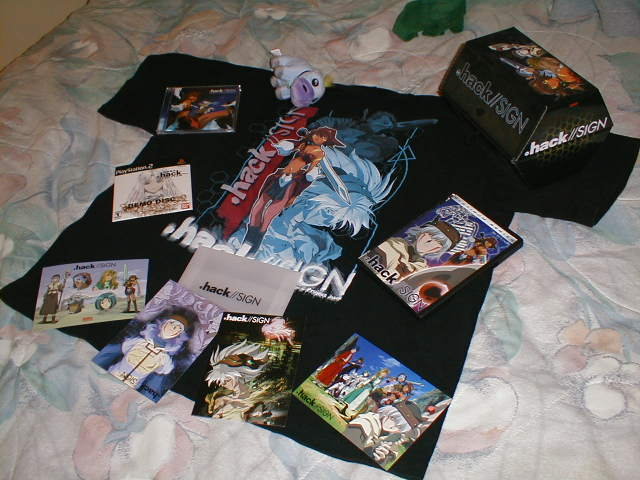 Jamie: Sure, limited-edition games are a huge rip-off. I know I would not spend an extra 10 dollars for a little figurine and a “behind the scenes” DVD. Of course, there are always fanboys and fangirls who are totally gay for Blizzard/Epic/Bungie/Ubisoft/whoever and, to THEM, ten bucks for a few more pieces of fodder for their shrine? Totally worth it. So, you know, win/win. Companies get to milk fans for more cash, and uberfans get to pleasure themselves to videos of Cliffy B talking about how wicked cool Gears of War is.

2. The Sims would make a killer movie.

Alex: Wait…what? No, seriously. What is this? There is no way this is going to be good.

Jamie: I am sorry, but no. I am apparently the only girl in history to not understand the appeal of this game. You make little people and buy them things and watch them? Seriously? I am not seeing this, and that is saying a lot because back home I can see movies for free in the theater.

Alex: I can see this one. I mean, they’re not really saying that people who play a lot of videogames are addicted; they’re just saying that there are people who are addicted to videogames through preexisting mental problems. As long as this doesn’t become the new ADD, where medication is given to anyone who plays videogames, I think that this is realistic and that it’s probably good that it’s going to be researched and treated. It’ll mean fewer level 99 poopsockers to deal with, at least.

Jamie: Yeah, OK. I could buy this. As a recovering WoWaholic, I can totally understand that sometimes you just wake up at 3 a.m. and you just gotta play, man. Of course I think that, to become addicted to games like that, you’d have to already have a pre-disposition to be an addict. I for one cannot wait to see recovering MMORPG addict support groups cropping up all over the nation.

4. Madden is one of the manliest games out there.

Alex: Just further proof that anyone who actually watches Spike TV is a moron.

Jamie: Is Madden the manliest game ever? I seriously have no idea. My ideal “manly-man” is not a football player. I did my time at EB Games as a retail slave, and I can tell you—the ones that came in to buy Madden were rarely my “type.” That’s what’s wrong with this category—”manly” is too subjective. I would have thought that the stereotypical “manly” game would have been one of the “space marine kills a bunch of aliens and saves the world” games. You know the ones. I guess the definitive answer to this question is: I don’t really care.

5. Videogames can negatively affect the body images of young males.

Alex: Negatively affecting their body images? As much as I may be a member of the Girly Boy Club, I can say that most kids could use a little more muscle. I can imagine the kids reading these magazines just being fat and lazy and could stand lose some weight to begin with.

I have to agree with some of the people in the comments, though. It’s likely that the kids reading videogame magazines are just total nerds and want to stop being beaten up at school. The fact is that, aside from Mario, their favorite videogame characters are all pretty beefy just adds to this. The real question is this: Will there be a day that muscley nerds rule the world? I mean, really, the only thing keeping nerds down right now is their physical weakness. Just imagine if there was a race of nerds with muscles as large as their brains.

Jamie: It’s hard to tell from this study how serious the boys are affected. Did a percentage of them decide to start using steroids? Did an alarming amount of them spend their allowances on gym memberships? Yeah, it sucks when you feel bad about your body, but is it really that big of a deal? As we all know, girls have looked up to Barbie as being the ideal way that a woman should look for generations. This may or may not have led to a rise in eating disorders and other desperate attempts at getting thin and “hot.” I don’t mean to turn this into an argument about whether or not girls have it worse than boys, but let’s face it—girls have been subjected to similar, if not worse, manipulations of self-image and self-esteem. The world has not come to an end. I’m sure these poor boys will pull through whatever self-image issues they’ve accrued from the evil videogaming industry.

Background: A long long time ago, on an ancient, destroyed, website, there lived a happy little smiley face by the name of "Mr. Face." Now Mr. Face was a kind enough soul, never bothering anyone, and ...