I’m switching gears this month and temporarily ditching the Heap so that I can combine my two passions—videogames and extreme, mind-numbing cheapness.

Since the number of GameCola readers is well into the millions, there’s many, many different people with just as many different financial situations who will be reading this, so I’ll group this month’s titles into three categories:

Discount: A normally retail-priced item that has recently had a price drop. ($15 and up)

Free: A game that you pay nothing for, but is still actually worth playing.

The Elder Scrolls IV: Oblivion and Oblivion: Game of the Year Edition (X360) 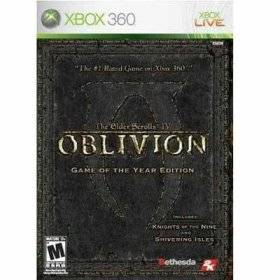 This recently-released gem just got a price drop at most retail locations, down $10 to a more svelte $49.99.  Though still expensive to most regular readers of PPP, Oblivion: GOTY offers of the most in-depth RPGs in videogame history.

Combining Oblivion with expansions Knights of The Nine and Shivering Isles, you can easily play 100 or more hours into this vast world without even making any significant progress on the main quest.  Join the Mage’s Guild; become a thief, a fighter, a killer; or just do your own thing.  The possibilities are nearly endless in this amazing sandbox RPG. 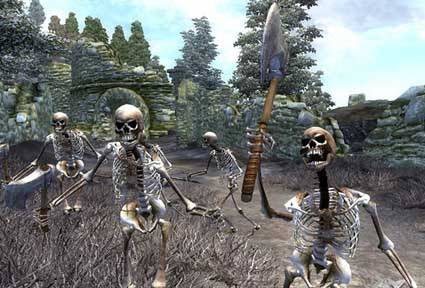 Though, if you went the cheapskate route when buying a Xbox 360 and picked up the Core system, you may not want to get the Game of the Year Edition, as it requires a hard drive to save the Knights of the Nine and Shivering Isles expansions to.  For you people, there’s the original Oblivion, and at a mere $29.99 you could certainly do a lot worse. 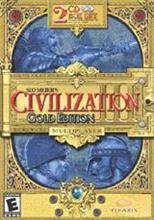 We’ve all gone to Best Buy and perused the bargain PC game section.  Much to our dismay, after 10 minutes of flipping through endless copies of Mavis Beacon Teaches Typing Vol.7, 101 Classic Arcade Games, and 1000+ Awesome Fonts, we realize that these are not the proverbial droids that we are looking for and have since developed the instinct to skip this section.  We finally have a reason to fight this instinct, as a game that is actually good has found its way into bargain bin hell: Civilization III. 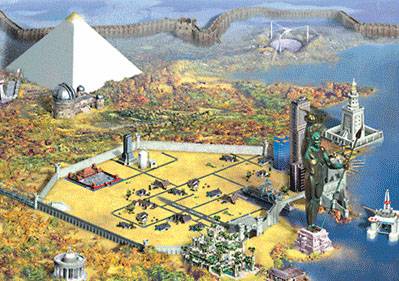 Though much of the modern world has since switched over to the newer Civilization IV, Civ III is certainly not a game worth throwing in the trash and forgetting all about.  Civ III still retains great playability, and, though it may not be quite as pretty as its modern counterpart, it’s every bit as fun.

In addition to this you also get the Civ III: Play the World expansion, which allows you to play against other people online.  Granted, you might be waiting around for a few days before you find anybody else playing, but it’s still worth picking up

Besides, finding something that’s actually worth a damn in that dusty old bargain bin gives you the feeling of a treasure hunter who just stumbled across Shangri-La after years of fruitless searching.   That’s almost worth it on its own.

And now for the part of the column that you cheap bastards skipped the other two parts for—the free section.  Fly for Fun is the featured free game this month, and, if you’re in the market for a simplistic, anime-styled MMORPG with plenty of Engrish, you’re in luck.

Fly for Fun follows the old “give away the razors to sell the blades” business model.  You can download and play the game for free, but it costs actual, real-life, cash money to buy a special currency used to purchase special items.  This currency is called “gPotatos”.  No, I don’t know why it’s called that either.  Thankfully though, FlyFF doesn’t take the scummy way out and make you pay for any item in the game worth having.  Instead, most purchasable items are largely cosmetic.  This is good, as games that require you to buy the really good items can get very unbalanced, resulting in fights between people who bought a ginormous Final Fantasy VII-esque Megasword vs. some guy wielding a standard issue letter opener.

As the name implies, players are allowed to train for flight and can get a flying broomstick or hoverboard, depending on whether they’re a Harry Potter nerd or a Back to the Future nerd, once they reach level 20.  Again, this does not cost any real money, only in-game loot.

Though the game may not be as in depth as, say, World of Warcraft, you’re also not paying $15 a month.  Compared to other free MMOs, this is definitely one of the best, as it doesn’t abuse the pay-for-items payment system and offers a reasonably large and frequently updated environment in which to play.

On the bad side, since the game is originally Korean, there’s still a bit of Engrish leftover from shoddy translations, but it never really interferes with the game.  Also, if you’re not a big fan of MMO level grinding, you may want to skip this one as, admittedly, there’s not a whole lot else to it.

You could smear peanut butter in your DS and it would do less harm.