Want to know what’s up with that cool-looking game that’s coming out soon? Psychic Thumbs has you covered. (Note: The following are all real games that are really being developed.)

Welcome back to the monthly gathering of words that makes even the grumpiest of people burst into sheer bliss! That’s right—the Psychic Thumbs are back with even more in-depth coverage of the games you will…or probably will not be…playing in the upcoming months!

Penny Arcade Adventures: On The Rain-Slick Precipice of Darkness (XBLA/PC)

Now, when you think of Penny Arcade, you think of a pretty funny Web comic. But Penny Arcade involved in making a videogame? How is THAT going to work out! We all know they can TALK…err…write…about videogames, but what about actually creating one?

Well, be rest assured that this game should be a pleasant surprise!  This game is not at the forefront of technology or the cutting edge of gameplay. Hell, this game doesn’t try to push any envelope in any direction.  However, is does bring back some good old-school turn-based gaming funness! So while this game will not be the next big thing, you do get to take down all the hobos you want! That is a success by any definition of the word. 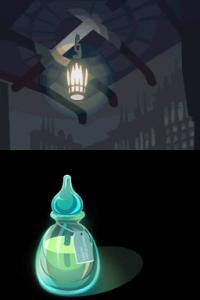 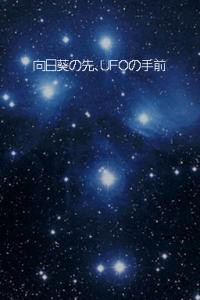 For years and years, the pillars of gaming have been “having fun” and “beating the will to live out of your enemies.” 99 Tears sees things a little differently. 99 Tears thinks that gaming should be all about sitting down and having a nice cry! Who needs to play a game when you can just read ninety nine of the saddest stories the developers could come up with! So put down your controllers, put on some reading glasses, and grab a nice big box of tissues, because the revolution is now.

clear that the one thing holding back all these musical instrument games is the musical instruments themselves! Thankfully, Disney has seen the light and is bringing the people what they really desire: Rock Band without the rock band!

If you’re like most people, you gain a small amount of joy out of the game Rock Band but always have a nagging feeling in the back of your head: “If ONLY I could be playing this game with my beloved Wiimote! Oh, precious Wiimote, how I miss you so!” Who cares if countless rhythm games failed before the addition of kick-ass peripherals like drums and guitars! THIS is the one that will succeed.

Many people love Las Vegas. Many people would love to just throw their lives away drinking and gambling all day all night, every day every night! Problem is, Vegas is kind of far for most people, tucked away in that pesky desert.  But now everyone can experience what they have always wanted: being a drunken, penniless loser who lives on the hope that one more pull of that slot machine will change your life!

Can you feel that? The excitement is palpable!  Enough of these feel-good stories and happy endings. What the new generation of gaming needs is bottom-of-the-barrel living! OK, well, I am pretty sure it could also use a few tears.

HELL is this? Who could possibly enjoy this! Could anything be LESS entertaining?  Well, the answer to that last question can finally be answered: Major League Eating will now have its own videogame! So if you’ve ever wanted to down 100 hot dogs in three minutes but have just never had the stomach for it, now YOU can live your DREAMS!

The possibilities are near endless! Pick a food, and you can become the WORLD CHAMPION of it!  Yes, competitive eating, the one thing you thought would be safe from the videogame market, will soon be a reality! Brag to your friends of your digital eating conquests! Be a man among men and weave tales of these impressive exploits!

Well, that’s all for this edition of the thumbs of the future. Be sure to come back next month when we can all see what horrible, horrible things are in the works for the future of OUR industry!  The future is bleak, my friends. Let us all revel in is absurdity! Bwahahahahahahaha.

You can thank me. You—yeah, you with the teeth—can thank me. I did something ages ago that bettered your life, and I'm not talking about the time I figured out how to put on both socks using only ...