Community Games on Xbox Live are the best, and I say that mostly because:

1) They cost like a dollar or two each, and
2) The indie developers who make them sometimes do interesting things.

2 is not always the case, since so many developers also think it’s a great idea to make soduko; but it is the case for a few of the games I’ve checked out recently.

(Remember, to check out these games yourself, all you have to do is visit the “Community Games” page on Xbox Live and download them right onto your console.) 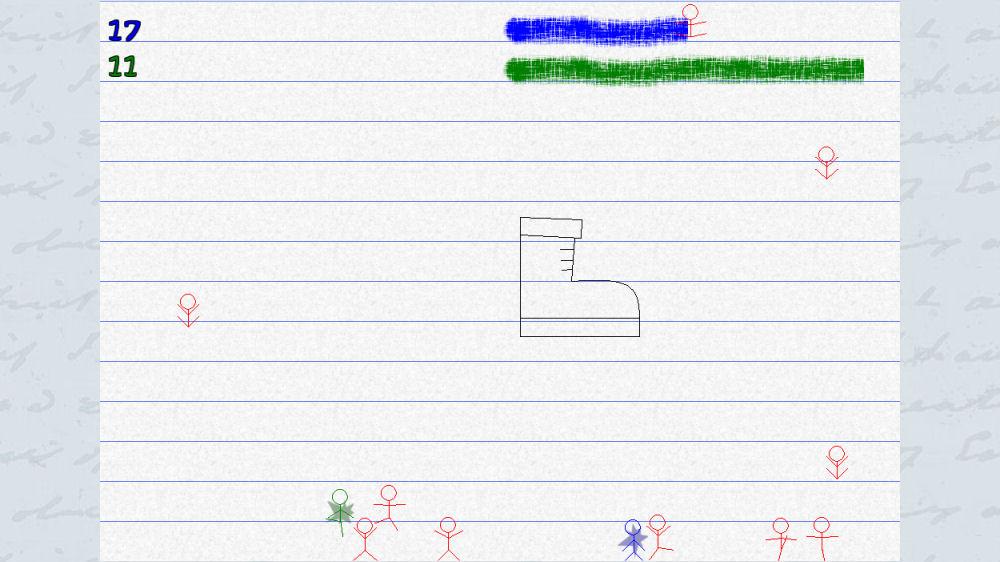 First, there’s DOODLEMAN!!! (exclamation marks and capslock are the developer’s, not mine). You play as a little doodled man with the greatest walking animation I’ve ever seen, and you walk into other doodled men and flail your arms at them until they die. This game is especially great, because the time you’re given to play the game in its free trial mode is long enough to get all the entertainment you could possibly want out of it. Also, the soundtrack is just a guy making “doot” noises. 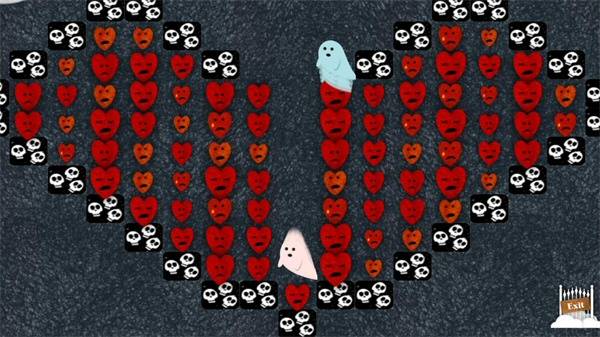 Second, there’s 2win Ghost, in which you play as too little lost ghosts trying to reuinte and escape purgatory. It’s a cutie. You control each of the ghosts simultaneously—controlling each with one of the Xbox controller’s joysticks. It never becomes natural-feeling, but half the fun, for me, was trying to remember which joystick controlled which ghost and trying to make my fingers move them in different directions toward the same objective simultaneously. 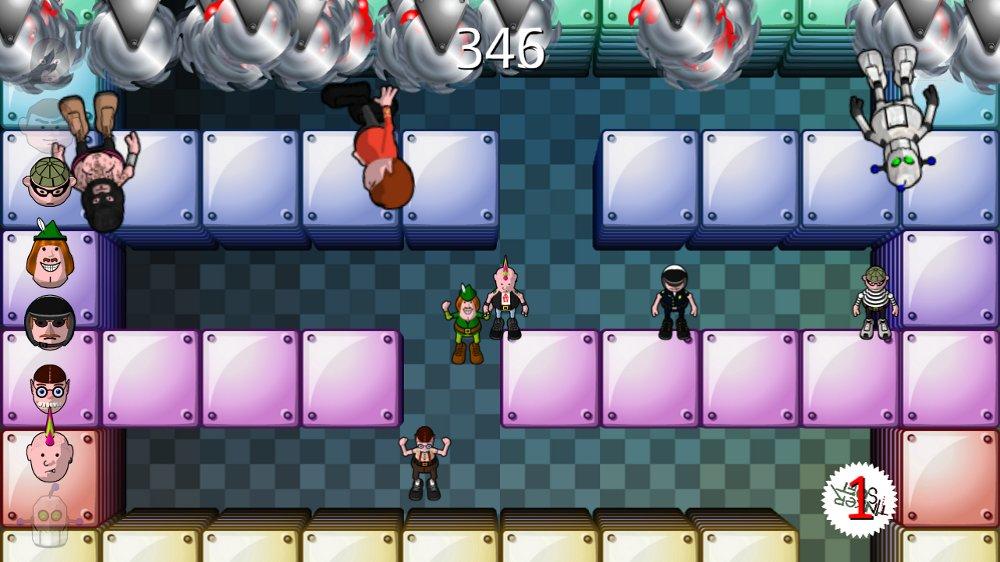 Third, there’s FallDown, which, if nothing else, is aptly named. The trial for this game is ultra short, so I didn’t get too far, but the basic jist is this: You play as one of an assortment of characters that includes…well, just look at the screenshot, and you fall down. The screen’s constantly scrolling, so you try to fall down through the gaps without getting stuck and killed. I’m pretty sure you get to unlock new characters or something as you play it.

So that’s the latest and greatest of the service. Unfortunately, Microsoft still doesn’t allow these games to have Achievemnt Points—so what’s the point of buying and playing them, right?—but they’re still fun.

Actually, though, on that subject, why doesn’t Microsoft let these games have Achievement Points? I’m sure their rationale is that they don’t want everyone to make The Achievement Game, in which you turn the game on and get Achievement Points; but, seriously, is it that hard for them to take two seconds to look at these games before they’re published, to see if they do something stupid like that? What jerks.