Horses, Tom had quickly learned, are idiots. From a young age they are apparently tempted to wander into the most precarious places imaginable, such as jagged mountain passes, valleys filled with raging rapids, and the nefarious volcanic lair of Barbie’s arch nemesis: the cybernetic assassin Busty-tron. To be fair, the last situation had not happened yet, but Tom still had hope; so far he was pretty bored with everything.

In addition to Tom’s frustration with the simplicity of the game, the search for Anon had been unsuccessful. Every so often Tom thought he caught a glimpse of red hair or a frown out of the corner of his eye, but when he went to look it was gone. Rick had also been unable to pinpoint Anon’s location in the game world, so he was working on figuring out exactly how Anon was in there to begin with. Rick figured he had to have some type of wireless access, which required there to be some type of unknown device attached to I.D.E.A.S. To find it, Rick had begun carefully examining the hardware of I.D.E.A.S., a task made dangerous and extremely difficult due to the fact that he could not turn off or otherwise disassemble the machine for fear that something would happen to Tom. This left the very distinct possibility that, had the saboteur buried the device deep enough, Rick would never be able to reach it and would be back to square one.

Meanwhile, Tom had just rescued what seemed like his one hundredth foal 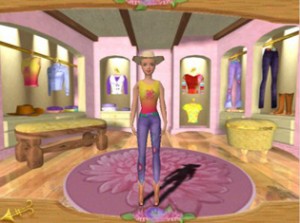 and, other user or no, was ready to move on. Checking to see what the next task was (C’mon Busty-tron, he secretly hoped), he was disappointed to find yet another horse rescue assignment. This time, however, he was to have a partner to help him, which just added insult to injury. Not only would he have to deal with another idiot horse, he would have an idiot Barbie around, probably spouting inane advice and generally getting in the way. “GAH! When am I going to get out of this game!” he shouted. Tom wondered if he actually had died in a previous game and was now in Hell, sentenced to run around saving horses in an ill-fitting body surrounded by women with the conversational capacity of a cabbage for all eternity. Tom was shaken from his thoughts by Rick, who had been silent for a while.

“I need you to do me a favor: Give me a shout if anything in there starts to feel weird. I need to rummage through I.D.E.A.S.’s hardware, and while I’m not going to be taking anything apart, I figured you should know.”

“Gotcha. If I start to feel like my very consciousness is being torn apart, you’ll be the first person I tell. And hey, quick question: Did I die and go to Hell?”

“I don’t think so. If you are then I’m probably there, too. And I had sushi for lunch. I doubt there’s sushi in Hell.”

With that Tom began journeying to the canyon where he was to meet his companion and rescue yet another horse. To pass the time, Tom spent the trip imagining the horses at the ranch meeting untimely, yet expected, fates, thus dooming their species and making way for another, smarter species. Perhaps, he thought, intelligent land squids or some type of giant squirrel that would know better than to go wandering off into dangerous territory. Ah, the fun Tom and his giant squirrel/squid would have, acting sensibly and carefully assessing the danger of each situation before proceeding….

“Hunh? Oh sorry, Rick, I must have been spacing out again…bwuh?” Tom realized that the voice that had chastised him had not come from above, as Rick’s did in the virtual world, but from in front of him. Specifically, from the mouth of the dour, red-haired, green-eyed Barbie standing in front of him.

“You!” Tom shouted as he lunged toward Anon, ready to throttle him. As he wrapped his hands around Anon’s neck, he felt a sharp kick to the groin, and doubled over in pain. After a few seconds of rolling around on the ground, Tom realized his reaction was more out of habit than pain; as a Barbie, he had lost the delicate parts that made crotch shots such a feared tactic. Regaining his senses he launched himself at Anon once again. A cat fight of epic proportions ensued, with levels of kicking, scratching, and hair pulling only seen previously at one-day bridal sales. Once they were too bruised and exhausted to continue they collapsed, still glaring angrily at each other.

“You son of a bitch,” muttered Tom, “when I can stand again, I’m going to finish you off.”

“Try it, psycho, and I’ll drop you like a bag of bricks. AGAIN.” Anon replied.

“Better idea: I’ll just have my friend out there delete you. I’d prefer to do the job myself, but that way works, too.”

“Machine? Friend? What in the hell are you talking about?”

“Rick! I.D.E.A.S.! The videogame archive project that’s sucked us inside!”

“What?! Dammit, I am going to KILL STEVE!” Anon screamed. 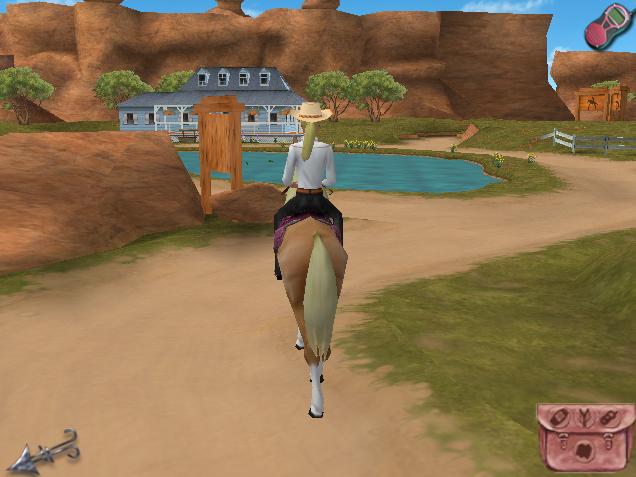 “My boyfriend. EX-boyfriend rather,” she said. “I went to his house to break up with him and found him passed out in his apartment. I took him to the hospital, but they said he was catatonic and they’d call me if he woke up. I figured with him in a coma it would be a good time to get all of my stuff from his place, so I went back there and ended up checking out this weird helmet. Next thing I know, I’m a fat little dinosaur belching bubbles and scarfing down fruit.”

“All right, first, you were in Bubble Bobble. It’s a classic. Second, you mean to tell me you just randomly go around putting potentially dangerous objects on you head? Smart.”

“Shut up. I was trying to help Steve by figuring out what was wrong with him, and when I found him he was wearing it. I thought it might have something to do with whatever knocked him out.”

“Well, you’re right. Long story short, you’ve been sucked into I.D.E.A.S., an invention of my friend Rick’s to house every videogame ever made. I tried it out for him and was sucked in, too. Neither of us has any idea why or any idea how to get out, but we’re working on it.”

“You said that already.”

“Hey Tom, are you talking to yourself?” Rick interrupted, confused by the sounds of fighting and cursing emanating from the machine. “Ah, I see you’ve made yourself a little Barbie friend. The loneliness finally made you snap, hunh?”

“Shove it, jerk, and get me the hell out of here,” the newcomer responded.

With that, Tom filled Rick in on everything he had just learned about Steve and the new player, with some of the gaps filled in by his new acquaintance. Rick listened with rapt attention and then quickly hustled out the door, feeling it necessary to check out Steve’s equipment as soon as possible. After Rick left, Tom finally found himself able to stand again, and walked over to help the stranger to her feet.

“Well I guess we better find that horse,” said Tom.

“Screw that. Let’s just wait here until your friend gets back and gets us out of here.”

“Yeah…that might not be such a great idea. Last time I did that I was nearly ripped to shreds by an army of rabid Pokémon.” Tom shuddered at the memory. “I don’t think the machine likes it.”

“Not how I would have described it, but yeah, essentially.”

“All right, let’s go find this freaking horse,” she said, getting to her feet.

“I’m Alli. Call me Allison and you die,” she answered.

“Oh yeah, speaking of which, sorry for trying to strangle you earlier.”

“It’s OK,” Alli said sweetly,” because when we get out of here, I’m kicking you in the balls for real.”

So now you've all heard the big news—GameCola's final issue is out, and the site will be changing its format. I've been working hard to bring you guys an all-new GameCola. It's coming, and it will b ...