So, yes. I’m sure by now all you seasoned readers are used to/tired of my worn out formula. Welcome to testgame.exe: Making the Adventure, this month’s update is awesome, etc. etc.

This month, I’m going with a more…minimalist approach. (Conceivably due to laziness, I’m not going to lie.) Since there’s not really anything groundbreaking to report (except, oh yeah, NEW CHARACTER AND PLOT STUFF! (see below)), I’m just gonna go ahead and leave you with the game and the list of new stuff for this month. 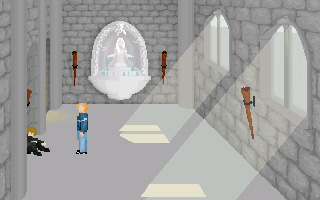 Contra with beards. That's all you need to know.