This month in testgame: Not a whole lot!

Mostly, I did a bunch of helpful bug-fixing this month. And I also worked on some backgrounds (which I am feeling pretty good about, I gotta say). I tried to do more; really, I did. I’m currently working on the awesome plot-forwarding dialogue with Herkimer that we were leading up to last month. Unfortunately, I ran into a major roadblock. It turns out I am in desperate need of a name for this place that Paul has been roaming all this time. Turns out he never thought to ask anyone where he was up until now…. And now he’s asked, and I don’t have a name ready!

So here’s the deal: I’ll keep trying to think of a name—everything I’ve come up with so far is either already a place/name (which comes up when I Google it), or it’s just impossible to read/pronounce (ex: Neürria, real-Paul’s current favorite). SO! If you faithful readers feel like helping out a poor, lost Lizo, feel free to suggest some names! If you suggest one that I like and end up using, you’ll get…I don’t know…a special “thank you” in the credits of the game. And my undying affection and gratitude! Er, maybe I’d better just make that gratitude, just to be safe. So yeah, suggest away! 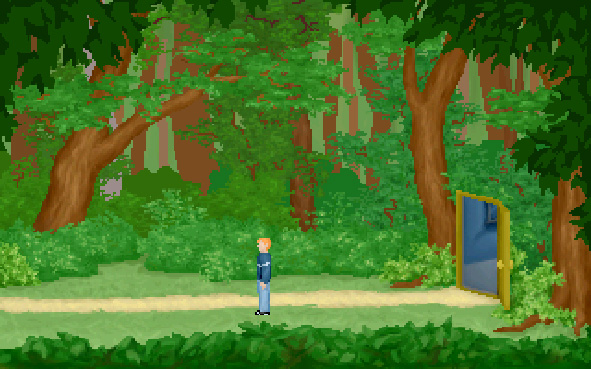 Also, let me talk about the bugs I fixed just a little, while you’ve got me talking. Well, I don’t know if they really count as bugs, but they were things in the game that just weren’t right. You can check out the full list at the bottom of the article, but I’ll just say that the one that took by far the longest to fix had to do with the very unlikely scenario of (**SPOILER ALERT!!**) Paul leaving his pen with Toddy and then trying to get someone else to sign the petition.

Basically, in previous versions of the game, Paul would pull out another pen, and then there would mysteriously be two pens floating around in the game…. It just didn’t make any sense whatsoever. Of course, once I fixed that, I had to also allow for multiple (failed and successful) attempts to get those other people to sign the petition, since nothing was making sense otherwise.

I guess I’m doing a bad job of explaining, but let’s just put it this way: I totally just spent a really long time fixing a situation that no one playing the game is probably ever going to be in. But I am a firm believer that testgame should account for every possible sequence of actions the player might make, and do so in a realistic (or at least somewhat sensical—that’s a word, right?) way.

OK, I think that’s about it for now! Testgame! 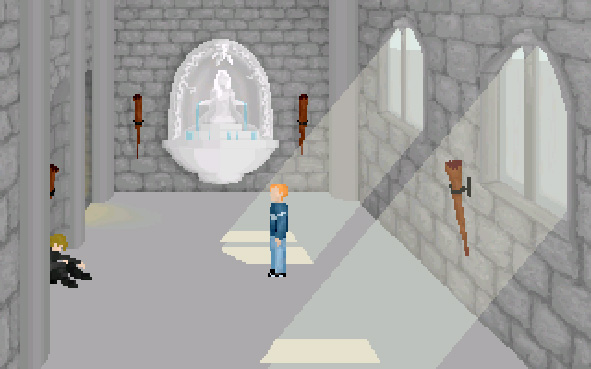 o   Fixed a problem where Paul walked to the wrong place if you tried to use an item on Lily after completing the Hans puzzle. Also some other weird walking things with Lily and inventory items.

o   Fixed a whole ton of interactions between Paul and Lily or the calligrapher if Paul leaves his pen with Toddy.

o   Fixed animation for Toddy when Paul enters the screen and Toddy has the pen.

The Harvest Moon series should not be overlooked.