Rag Doll Kung Fu: Fists of Plastic is essentially a party game. The first option listed on the menu is “Multiplayer,” and the game only reaches its full fun potential when you’re playing with friends. That being said, arguably the biggest drawback to the game is the fact that you can’t play it online. Sorry! Better make sure you still have real-life friends before you purchase this game.

This game gets some complaints about its “weird” controls, so I’ll go ahead and describe the “weird” ones, in case they make or break your purchase decision. You have to shake the controller to do various moves, such as creating balls of chi and slamming opponents. You have to turn your controller upside down to meditate, which uses up your chi in exchange for health. That’s pretty much it. Everything else you do with normal button presses. Not that bad, right? OK, I’ll admit, it’s pretty weird sometimes…but it’s still fun! 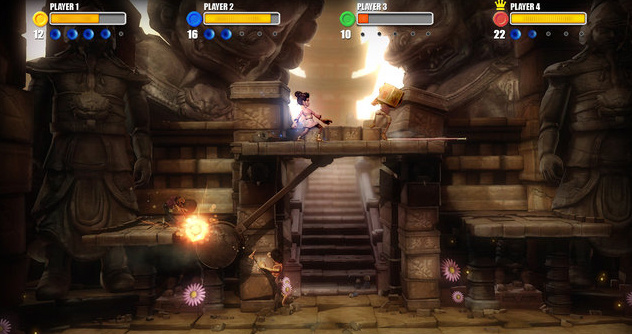 There actually are some pretty tough solo challenges to beat in this game, and you are rewarded with awesome costume pieces to customize your character with. You can customize up to five “action figures” and take them into battle. Costumes are anything from a frog suit (does not improve your swimming ability) to a Sackboy costume (freakin’ awesome).

Capture the Fish: This is basically basketball with a fish instead of a ball. Depending on the level you’re in, the basket is placed in different locations ranging anywhere from on the ceiling to on a precarious cliff. This mode, unfortunately, cannot be played with the CPU.

Dodgeball: Exactly like it sounds. You throw a ball around the level, trying to smash your opponents. Getting hit with the dodgeball means instant death, and the team with the most kills at the end wins.

King of the Hill: You must stand on a platform alone (or with only your teammates) and taunt the opponents to gain lots of points. Whoever gains the most points, via standing on the hill and taunting, is the winner!

Survival: Kill your opponents as many times as you can. Whoever has the most kills at the end is the winner.

Keep in mind you can alter the time limit, and set matches to end when a certain point total is reached, instead of just relying on default time limits to end matches.

The solo challenges are variations of these multiplayer modes, and take place on the same stages. They provide a very good opportunity to brush up on your skills for multiplayer mode. 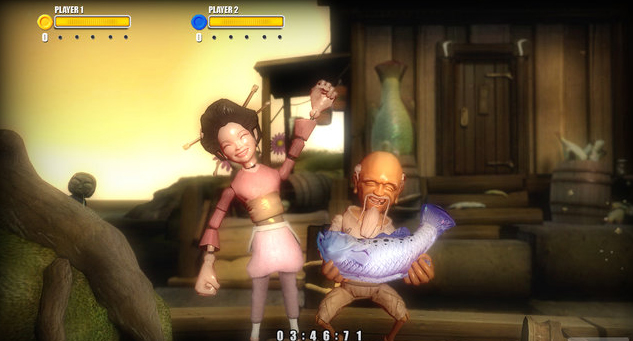 Beyond what I’ve mentioned, there’s really not much to the game. It is quite a bit of fun, much like PAIN, for a 10-dollar download game. If you are looking for something fun to play, particularly if you have offline buddies, this game is definitely worth checking out.