Cursed Mountain is a third-person survival horror game for the Nintendo Wii. In it you play as mountain climber Eric Simmons on a search to find his brother, Frank, recently lost while climbing the mountain Chomolonzo. Soon, however, Eric discovers that the mountain has been placed under a curse, causing the ghosts of the dead to rise from their graves and attack the living. Even more disturbing, it seems that Frank is at the root of this trouble, and the only way to solve the mystery is to climb to the summit of the mountain to find him. 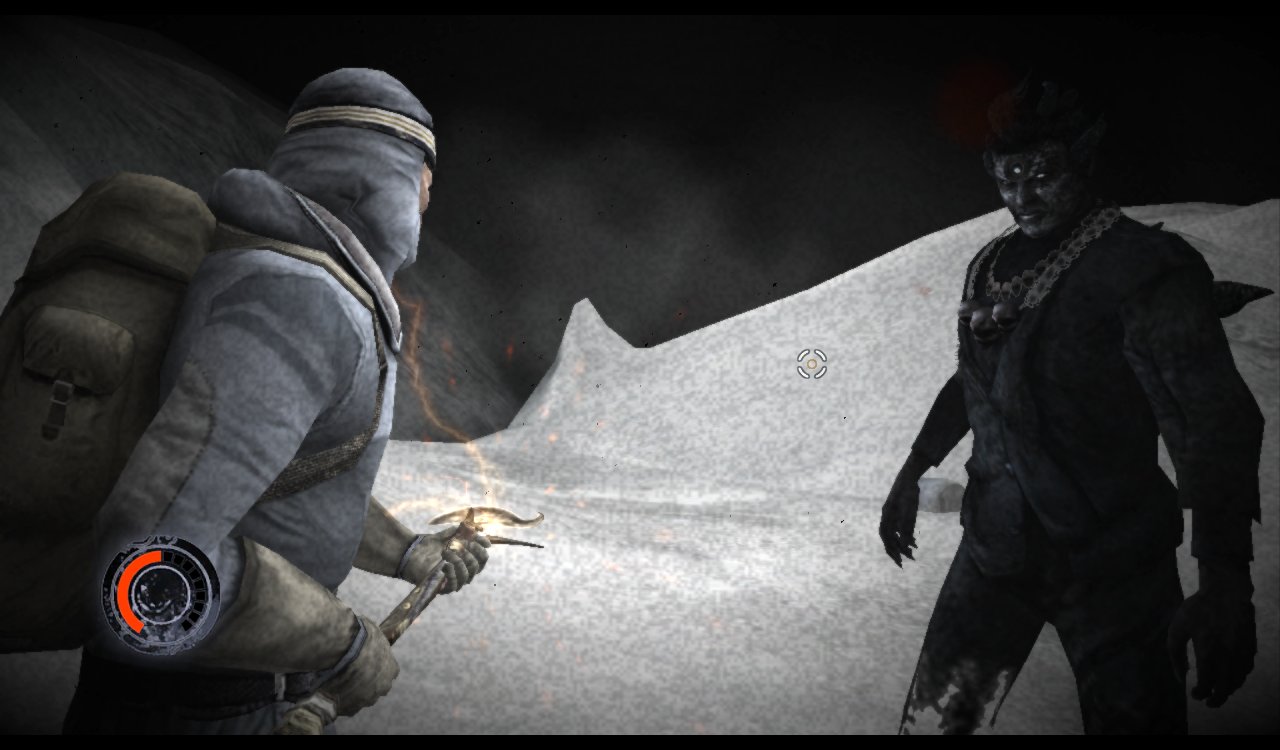 It’s been a while since I played a survival horror game that wasn’t a Resident Evil, so this game piqued my interest. Cursed Mountain isn’t bad, but it’s got a few flaws that prevent it from being great. First, the pros:

•  An interesting plot that keeps the player wondering just what exactly is going on (as opposed to in RE5, where I just wanted them to hurry up and tell me what horrible new virus Umbrella came up with THIS time).

•  Fixed camera angles and a character without superhuman muscles or reflexes (great for fans of the old-school REs) that greatly enhance the horror aspect.

•  An interesting array of holy weapons with infinite ammo (yay!).

•  Lots of nooks and crannies to explore with power-ups and notes that fill out the game’s plot.

Now for the bad:

•  Controls. While actions performed by the buttons on the Wii remote work fine, combat situations require you to make certain motions to banish ghosts, and certain puzzles also require movement of the remote. The directions on how to perform these movements are often unclear, and sometimes movements do not seem to register at all. Very frustrating.

•  Graphics. While it’s a given that graphics on the Wii are generally not as impressive as those on the Xbox 360 or PS3, the graphics of Cursed Mountain seem like a throwback to the PS2 era. Resident Evil 4 had better graphics, and that game is over four years old.

•  Slightly offensive support characters. Apart from Eric, Frank, and a few other westerners, most of the cast are local villagers or holy people. Each one speaks in exaggerated broken English, as if they were extras in a bad kung fu movie. Particularly painful was Jomo Menmo, a local shaman whose every bit of dialogue screamed “CRAZY OLD CAVE LADY” with all the subtlety of a Michael Moore movie.

•  Eric Simmons is the WORST MOUNTAIN CLIMBER EVER. All right, so Cursed Mountain is a game, and it’s silly for me to expect that it exactly mirror real life, but seriously, it’s a miracle the main character can even summit a small hill. He has no visible supplies, climbs only with an ice axe (no safety gear is ever seen), and makes a habit of peering curiously over cliffs into crevasses that he is inevitably knocked into. “Oh look, a crack in the mountain! Well, demons and ghosts have been attacking me this entire time, but I’m sure they’ll leave me alone while I get dangerously close to this edge!” 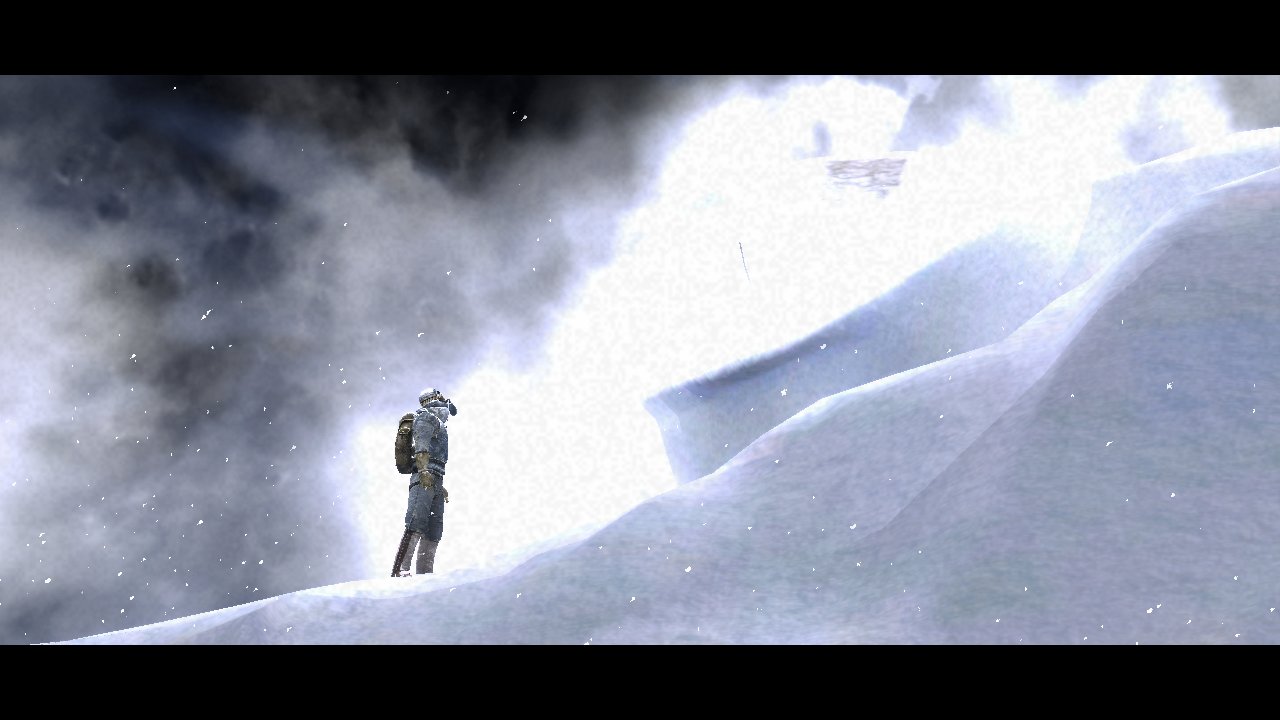 Overall, Cursed Mountain is a pretty good game, but don’t expect anything spectacular out of it. If you enjoy survival horror you’ll probably enjoy this, but otherwise you might want to skip it. Either way, remember, if you ever go climbing, try not piss off the mountain spirits if you can avoid it.

Will you go online? Are you a fan of the Arc the Lad series? Do you like action RPGs?