I ran into a bit of a dilemma when deciding how to review this game. In playing it, it’s immediately apparent that this is less a game, and more a review supplement for basic math. Since this is a videogame site, my review scores here are based on Math Gardener’s merit as a videogame, but do keep in mind that the game’s primary purpose is to reinforce basic math skills. 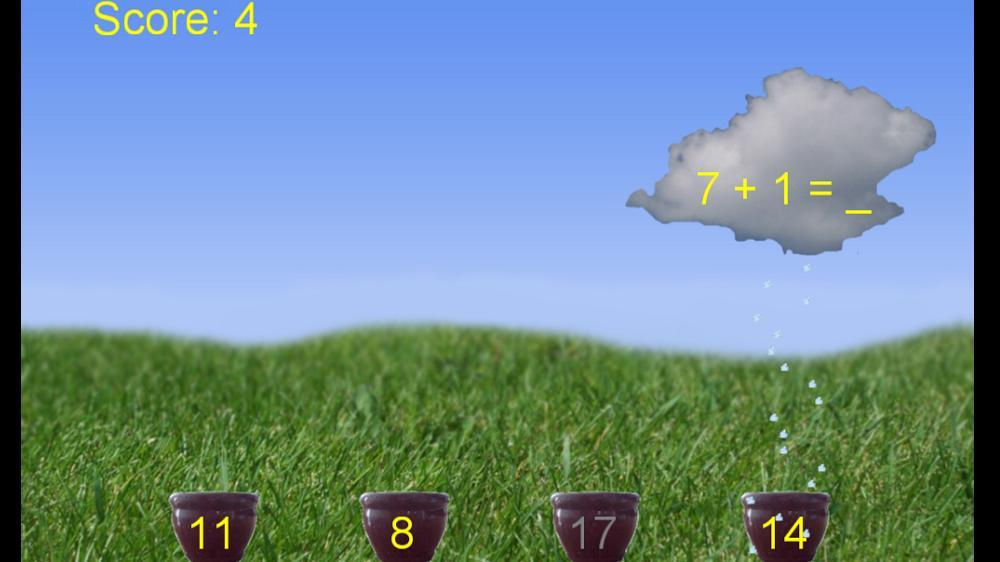 That’s all there is to it. If you get the answer right, a flower grows and you get a point. If you pick the wrong answer, you lose a point and keep picking until you find the correct answer. The game never ends, so you just keep accumulating points until you decide to stop. There is no high score list, so there’s really no incentive to answer a particular number of questions, either. Since the graphic of the growing flower never changes, the background is always the same, and the problems are randomly generated the whole way through (i.e. the problems do not get harder as you go on, and you often get repeat problems if you play for a while), there is not much incentive to keep playing.

The lack of scaffolding (problems getting more challenging/difficult as you go on) also means that the game won’t really engage children who are learning math. As I mentioned initially, this is essentially a review/reinforcement supplement for children who have already begun to learn basic math with other means. While it may be interesting and successfully reinforce some basic math skills for a short time, the fact that there is no real gameplay, goal, or change in what you’re doing at any point means that mostly everyone, children included, will become bored rather quickly.

The bottom line is that this game has extremely limited appeal as a videogame, since there is no real gameplay. It has some appeal for children learning math, but this appeal will quickly fade. If your child is very excited by gardening, you might consider paying the 80 Microsoft Points for this game, but otherwise I recommend looking for a more engaging and entertaining game.