A few weeks ago, I conned my girlfriend into visiting New York City with me, where we could check out The Big Tree and The Skaters, do a little Christmas shopping, and, in general, just soak in the holiday spirit. I say “conned” because I had no intention of actually doing any of those things—the actual reason I wanted to visit NYC was to check out Nintendo World, which was conveniently, for my purposes, located in Rockefeller Center. 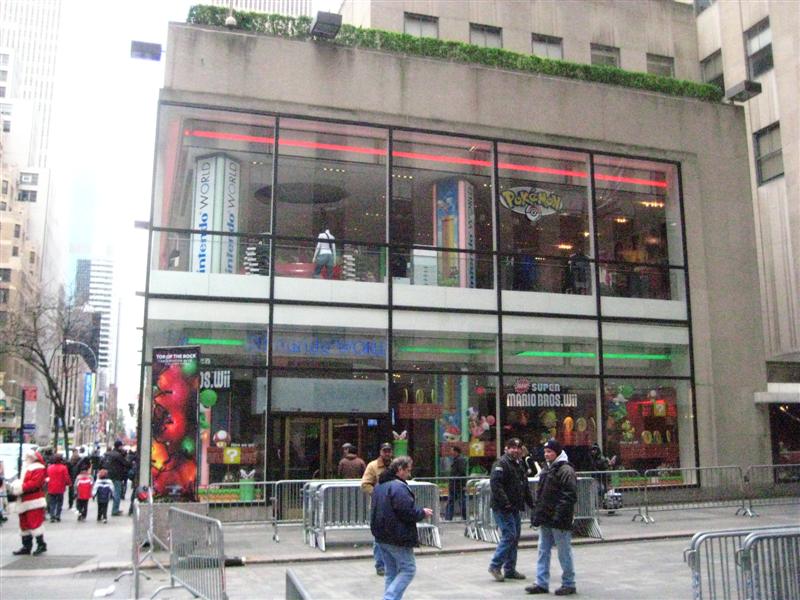 Nintendo World, if you’ve never heard of it, is a Nintendo-dedicated theme park right in the core of The Big Apple,  with attractions like The Deadly Shroom rollercoaster, Mario Kart Go-Karts, and Mr. Toad’s Wild Ride, which was repurposed from Disney World.

That’s what it is in my dreams, anyway. In reality—and, to be fair, this is almost as great—it’s a store devoted to Nintendo. It’s two stories tall, and it has kiosks where you can play Wii and DS games, an entire section devoted to Pokémon, and, of course, a ton of Nintendo merchandise. It has Waluigi stuffed animals, and you’re jealous that you don’t. 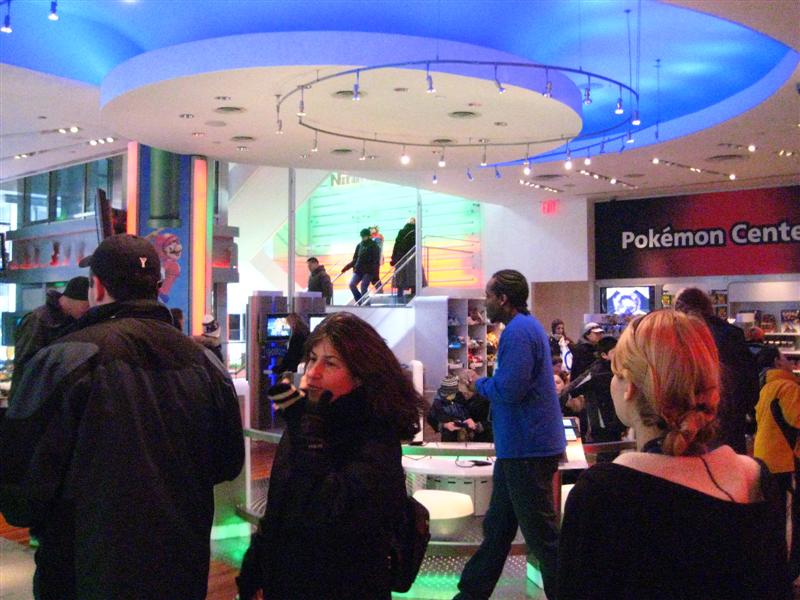 This is what it looks like on the inside—bright, and filled with parents trying desperately to wrench their kids away from New Super Mario Bros. Wii, utilizing classic tactics like “Honey, why don’t you give someone else a try?”, even when no one else is anywhere nearby. Not only do they have kiosks with relatively new games like the aforementioned winner of the 2009 GameCola Award for “Wow, What a God-Awful Name!”, but they also have a few Wiis set up exclusively to play older games on the Virtual Console. My highlight from the trip was yanking the Wiimote away from a 6 year old to show him how you really play Mario 3. He was in awe. 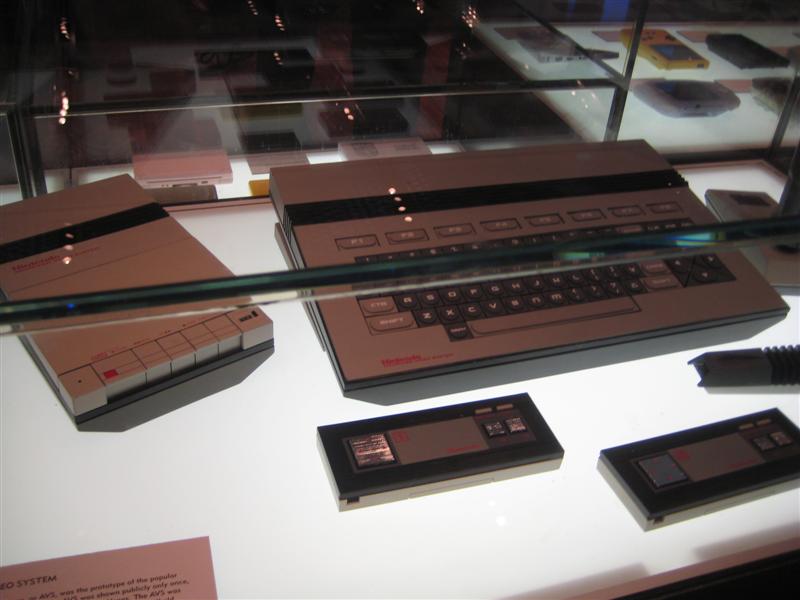 Upstairs, they have a small museum, exhibiting things like the Robotic Operating Buddy, every version ever of the Nintendo Game Boy, and several other things that I actually still have on my shelf and still play with, so seriously, how are they so old that they belong in a museum? Pictured above is another one of the museum’s curios—a prototype version of the NES, complete with wireless controllers, a wireless keyboard, and a light gun. 25 years later, the Wii is only just barely as cool as this. 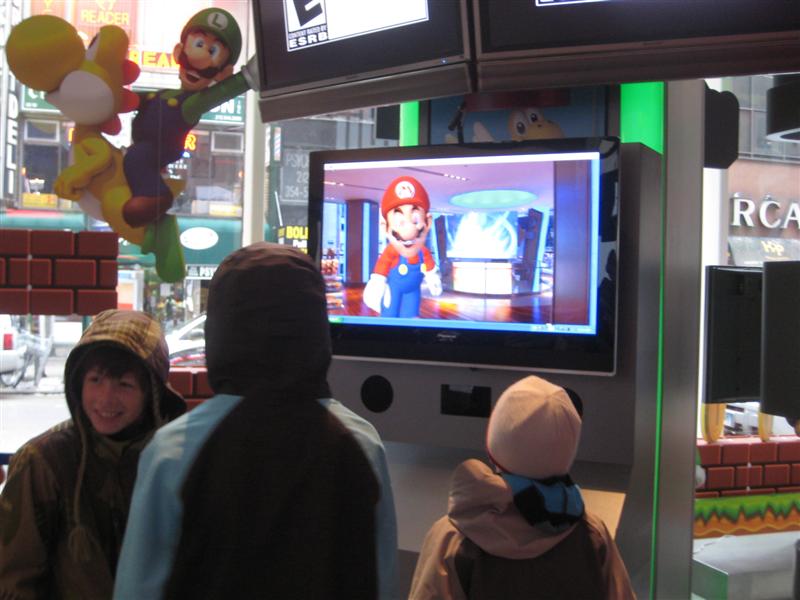 On the way out (or, near the entrance, depending on whether you’re coming or going) is this alarming marriage of machine, man, and mustache. That’s not just a tech demo on that flatscreen; it’s—well, actually, I guess it kind of is a tech demo. More to the point, it’s Mario, live, and he’s talking to you. Via the use of magic, the digital form of Mario was having an actual conversation with the happy children pictured above, chatting with them about how they’re enjoying the city, and the long plane ride they took to get there. There was an actual dude with a terrible Italian accent talking to the children through the TV, and it was spectacular. On my own way out of the store, Mario commented on my shopping bag—a plastic Nintendo World bag with a picture of Bowser on it—and said that nothing good could possibly come from it.

Speaking of which! There were actually things for sale in this store, too, but they weren’t nearly as interesting as the store’s side attractions. There’s a large selection of t-shirts that you can probably buy at Hot Topic, tons of videogames that you can definitely buy at GameStop, and the aforementioned Waluigi stuffed animal. That’s pretty much it.

Still, quite an attraction, even if it doesn’t have any Luigi’s Mansion-themed Ferris wheels.

On this edition of The GameCola Podcast, we talk about a lot of stuff that had major developments after recording! Whoops.