Hey look, everyone, the days must just be flying by, because here it is, the end of March, and it’s time for another edition of “testgame.exe: Making the Adventure!” This month’s testgame update is a shortie [can I use that word in this slightly silly context, or does it just make you think of girls?] but a goodie. 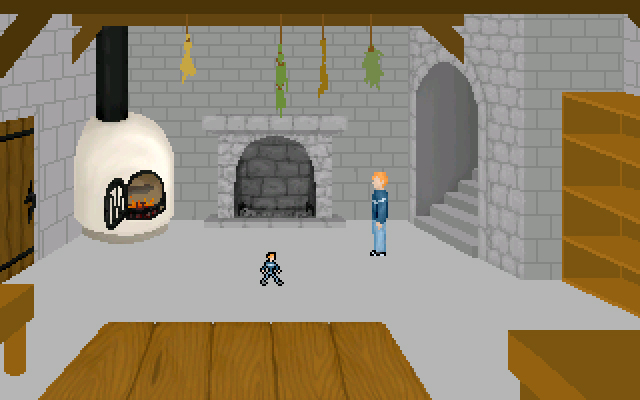 There’s been a lot of dialogue-tweaking going on this month, and that’s the majority of what we’ve got for you. Paul and I have been working hard on updating/revising the dialogue into something that makes more of a cohesive whole over the entirety of the game. So as of this month, for example, the cutscene in the forest with Lily and Thurston has almost completely new dialogue, and I’m extremely happy with the new version.

I also added a tiny bit of new plot material to the end of the game, with some new dialogue between Paul and Herkimer, and a small (and funny, I think) addition to the stuff that was already there. It’s not the most critical new information ever, and I haven’t given you a save file before that point, so if you don’t feel like playing through the entire game to get there and see it, I won’t blame you, really. [Except actually I will.] [Just kidding, no I won’t.]

The rest of the update is the usual graphics stuff, blah, blah, blah, I say this every month. I finished the squirrel animation that I left un-shaded last month, and some of the background screens are now a little closer to completion.

Sooooooo yeah, that’s about it! Um, I ran out of things to talk about…. But anyway! Play testgame! Tell me what you think. Everyone loves feedback! 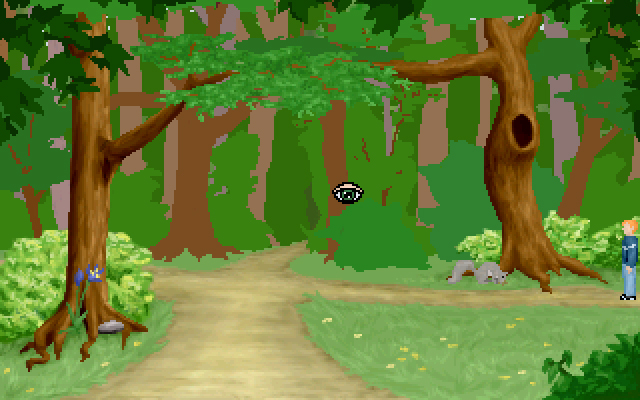 Paul: Hello everyone again, and thanks for inviting us into your computer rooms on this cold December night! I'm Paul Franzen alongside Eric "guys, move back up the screen, I got stuck behind a wall a