Welcome to “Oh, the Humanity!”, the column that reviews videogame-based movies and books.  Today, I’m going to discuss the most recent videogame movie: this summer’s Prince of Persia: Sands of Time.  It’s brought to you by Walt Disney Humongous Budget Studios and Jerry Bruckheimer, producer of many classic films like G-Force and Kangaroo Jack, so obviously, it’s going to be the best movie of all time.

The movie starts with a random orphan boy named Dastan, who is caught stealing an apple in the marketplace. He escapes the guards in an exciting chase sequence, then meets with Princess Jasmine in order to get the genie’s lamp, and–I’m sorry, that’s what happened in Aladdin.  What happens in Prince of Persia is that the Persian King is super-impressed by Dastan’s mad acrobatic skills and adopts him right then and there.  Kings adopt orphans all the time, you know.

The movie skips ahead fifteen years, when Dastan is super-buff and likes to wear unbuttoned/sleeveless shirts.  He has now won four Olympic gold medals for gymnastics, so his acrobatic skills are at their peak.  Of course, Prince shows off all of his fighting skills in a number of extensive action sequences while the Persians capture a city. As you would expect from an action hero, Prince single-handedly defeats hundreds of bad guys and gets his hands on the elusive Dagger of Time. 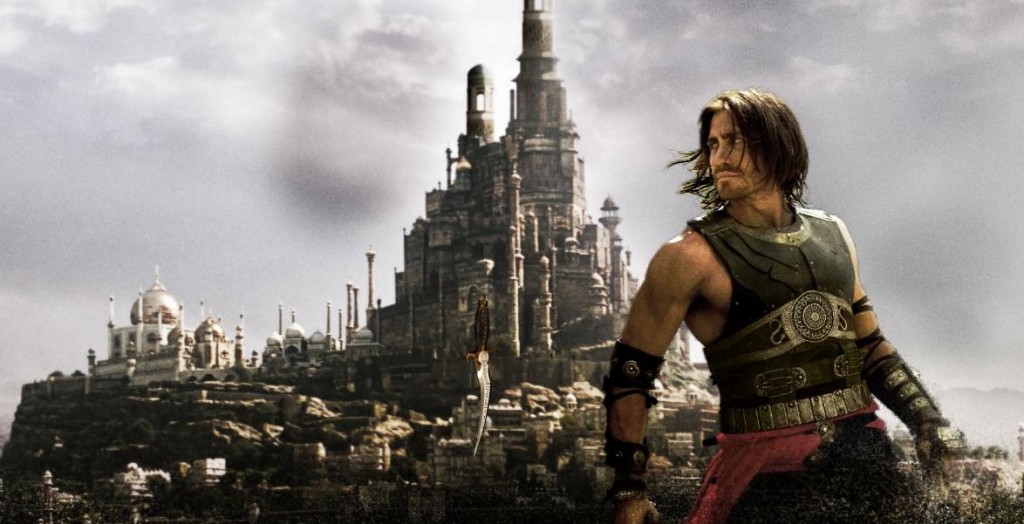 Things get interesting when they meet the beautiful princess who runs the city: Princess Cleavage.  She and Prince share the same aversion to clothing, so it should be love at first sight for the two of them.  However, she feels compelled to make a cutting sarcastic remark about how she hates the Prince every 2.5 seconds, so their inevitable romance is delayed until the end of the movie.  I’m told this is a shame because Jake Gyllenhaal, the guy who plays Prince Dastan, is really good at romantic scenes.  He’s done a lot of work with them in other movies, such as Brokeback Mountain,  which Heath Ledger totally deserves a posthumous Oscar for.

The plot takes an unexpected U-Turn when the king is killed by an unknown person. The artist currently known as Prince is blamed for the murder, so he flees into the desert with Princess Cleavage.  After this, Prince fights a lot of soldiers, finds out about the Dagger of Time’s powers, learns the truth about who killed the King, starts a rebel alliance, gets involved with ostrich races for some comedy relief, falls in love with the princess, breaks into several heavily-guarded palaces, fights a crew of ninjas that don’t belong in Ancient Persia, goes back in time and saves the day.  Typical action flick material.

Actually, the movie follows the videogame pretty well, all things considered.  Prince does a lot of fighting and fancy acrobatics, he has a dagger that rewinds time, and he has to get the dagger to the hourglass before the villain can reach it.  That’s just like the game.  Sure, the other plotline–the one about the King’s death and the other princes–was made up just for the movie, but it’s a good enough story, and I went along with it.  Plus, the special effects team threw in a lot of small references to the games, which was nice of them. 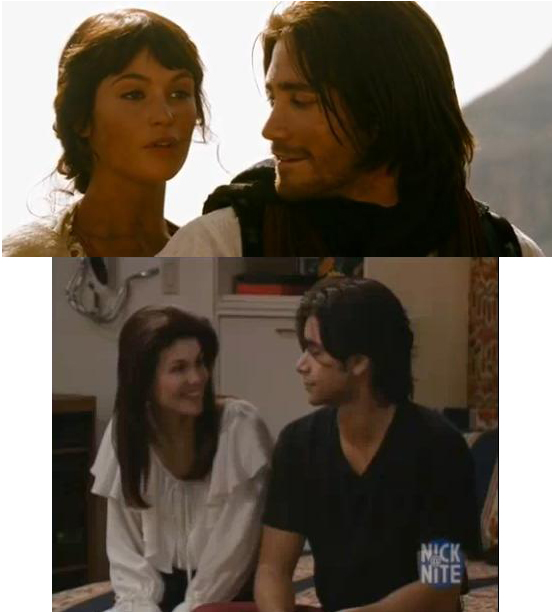 I could not stop thinking about Full House while watching this movie.  Prince would be in the middle of an intense battle or something like that, and my brain would start shouting, “He’s got the same hairdo as Uncle Jesse!  The exact same hairdo!“.  Have mercy!  I noticed the Uncle Jesse hairstyle approximately fifty times in the movie.  Basically, every time there was a close-up of Prince, I was shocked by how much he looked like Uncle Jesse.  You’d think I would have gotten used to it after a while, but no.  My brain was stuck on permanent Full House mode.

This movie could have used a little bit of Full House fun, to be honest.  The comedy relief scenes are weird.  They star a fat guy who runs an illegal gambling organization that focuses on ostrich racing.  I don’t know if they were inspired by the episode where Kimmy gets a pet ostrich who attacks Uncle Jesse, but that’s a possibility.  In any case, Fat Guy makes a lot of humorous rants about  the government and bureaucracy forcing taxes upon small businessmen.  It was kind of funny, but it seemed ridiculously out of place.  I’m pretty sure ancient Persians didn’t spend a lot of time insulting President Bush’s economic policies.

GameCola fans will be happy to know that Prince of Persia is basically Beard Fest 2010.  This movie is jam-packed with beards of all shapes and sizes.  I truly mean that.  Every male character in this film has a beard, except for the bald guys.  You’ll see all types of facial hair, ranging from the standard beard to the scruffy goatee to the fuzzy, foot-long puffball.  Whenever they do a close-up on a character, his beard is always kept in full frame.  Take Prince’s brother, for example, the aptly-named Other Prince.  Close-ups of him look like this: 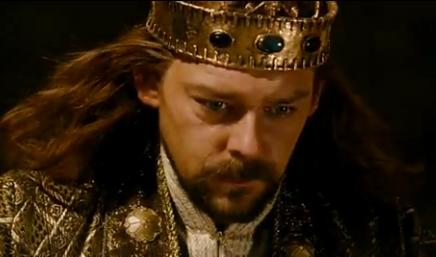 His beard is in full view.  His crown?  Half of it is off camera.  You get the sense that his beard is more important than his crown.

In conclusion, Prince of Persia is a decent-enough movie.  It doesn’t follow the game religiously, but there’s at least enough of a resemblance between the two that you can recognize it.  Other than that, the movie is your standard action flick, with a lot of fighting sequences, escape sequences, and big budget special effects.  If you like that sort of thing, I’d recommend this movie. If you just want to see Uncle Jesse on the big screen, that’s okay, too.