Hello everyone, and welcome to “Oh, the Humanity!,” the column that reviews videogame-based movies and books. The book I’ve got for you today is this: 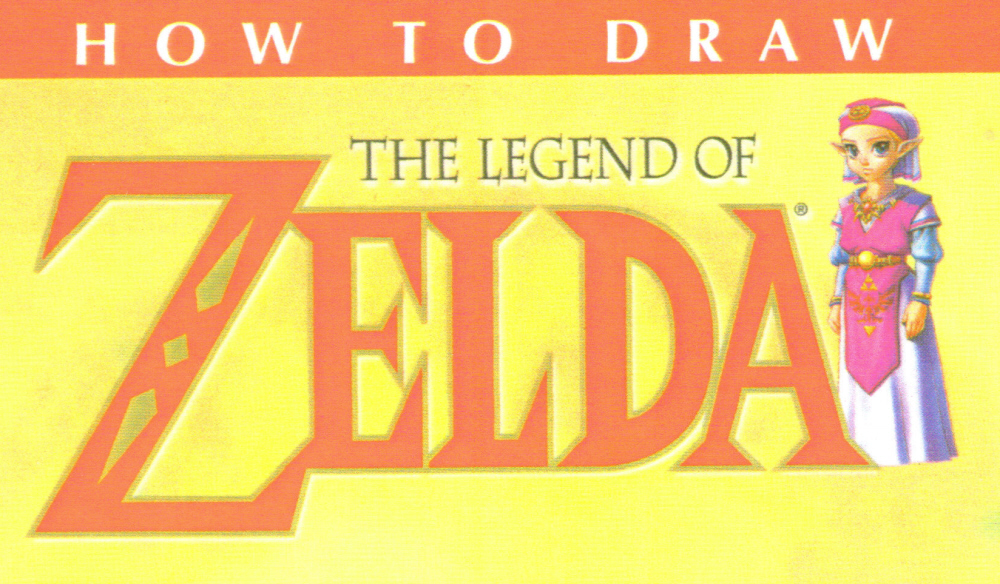 This book offers to teach you how to draw fifteen of your favorite Zelda characters in three to four easy steps. Yes, it’s that simple! Even someone who’s a complete moron when it comes to drawing pictures will end up making Zelda masterpieces that look exactly like the game! Take a look at the picture I drew of Zelda, in her above-featured pose!

See how good it is? It looks just like the game and…OK, well, maybe it doesn’t look exactly like the game, but it is really similar to the picture on the book’s cover and…oh, who am I kidding? That doesn’t look like Zelda!  That looks kind of disturbing. What went wrong? Did they forget to add the word “incorrectly” to the end of the title How to Draw Zelda, or what?

The drawing technique in this book is taking things in steps. For example, in Step One, you draw circles where the hands will be. In Step Two, you trace out the fingers, and in Step Three, you draw the palms. Then in Step Four, you have an entire hand. Ta-da!

I do not quite understand this drawing technique, myself. If you want to draw a hand, why not actually draw a hand? It doesn’t make things simpler to draw the fingers first, then the palm. Either way, you’re still drawing a hand, right? I’m confused.

I dunno; I guess this technique helps if you’re good at sketching something in pencil, then drawing over that in pen. Personally, I am horrible at tracing over my work; I always end up drawing lines that shouldn’t exist, ones that are close to the original pencil sketch, but never ones that are exactly the same. It’s probably because I don’t use tracing paper, or because I use writing pens instead of drawing pens. Whatever the reason, this technique is not for me. 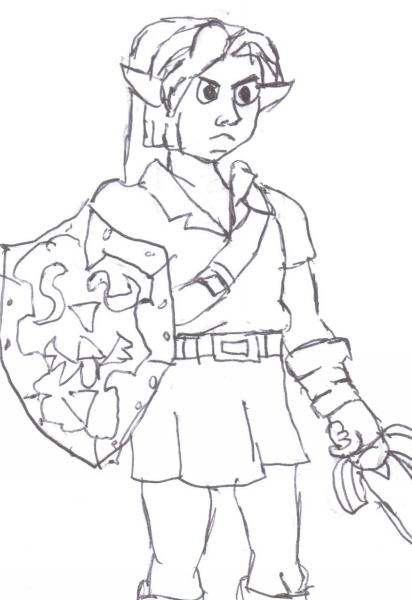 If you’re good at tracing/sketching pictures, this is the book for you. The pictures are nice and big, so you have great examples to work off of. In fact, you could probably save yourself the hassle of drawing pictures yourself and trace the pictures directly off of the book. It’s that simple!

However, if you’re not good at tracing pictures, or drawing in general, I would not recommend this book. It does not, as the title promises, teach you how to draw Zelda characters. Instead, it presumes you already have skill at drawing and sketching and tracing, and starts from there. That’s good for a lot of people, but for your average, non-artistic person, it’s not going to be too much help, and your final pictures will end up looking kind of odd, like mine did.

If anyone asks, I was trying to draw Toon Link, not Realistic Link.

Continue along with the investigation and class trial in the newest episodes of our Danganronpa playthrough!