Last night in a press conference in Japan, Nintendo revealed the release date and pricing information for its latest in a long line of innovative (read: gimmicky) consoles, the 3DS. 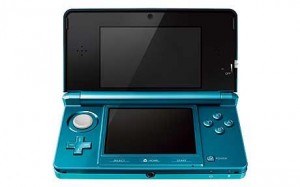 Of course, it’s not impossible that the system will cost less in the U.S.—after all, it’d be kinda ridiculous for Nintendo’s new portable to cost more at launch than the Wii—but I guess we’ll find out more when “sometime in March” rolls around!

There’s no word yet on whether they’ll be releasing a much better, lighter, and cooler-colored version of the 3DS in March 2012, priced at $150 and bundled with your three favorite videogames.

For more, you can read Destructoid’s roundup of 3DS news here.