I come into this review having just completed VVVVVV, having taken two hours to do so. Yes, two hours. From beginning to end—though I do still have time trials and other such unlockables to aim for. Normally I would criticise a playtime of such brevity, but VVVVVV stands up alongside Cave Story as one of the most enjoyable indie platformers of recent years.

If you remember the Commodore 64, you’ll feel at home with VVVVVV’s audiovisual style. Excellently composed and devilishly catchy chiptunes sit alongside blocky pixel art with an extremely limited, but always well-chosen palette of colours. Somehow this retro aesthetic (despite being done to death with the likes of Lyle in Cube Sector, La-Mulana and Spelunky to name a few) feels fresh, with each new screen proving a rare treat of meticulously crafted retro magic. 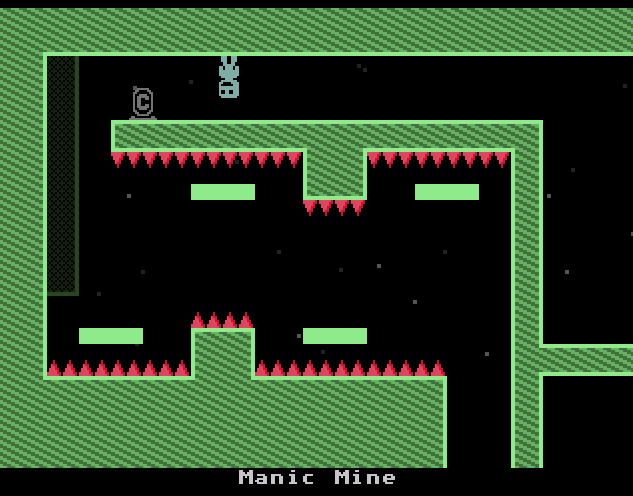 The eventual aim of VVVVVV is to escape from Dimension V. You take control of the little ship Captain whose crew have been scattered off into remote places within the game world, and naturally you must bring them all together to conquer the game. Occasionally you must guide one of your crew members along with you, which adds another layer to the gravity-twisting japery.

Oh, yeah, the gravity stuff. How did I get this far without mentioning it? You see, your Captain doesn’t actually jump—instead, he reverses gravity on a whim, meaning he will shoot to the ceiling or drop to the ground again. This can lead to some pretty mind-warping scenarios, especially when the edges of the screens start wrapping around—you can end up leaping from the ceiling to the floor on the opposite side of the screen, several times. Onto collapsing platforms.  While dodging an endless onslaught of the word “LIES.”  It’s that kind of game.

Difficulty-wise the game is surprisingly tough, though it’s always fair, and the hardest challenges are usually optional. Hidden throughout are twenty “Shiny Objects,” the acquisition of which reveals a surprise I won’t spoil here. The placement of these Objects is absolutely fiendish, requiring keen powers of observation and the player to learn the mechanics inside out. I have spent upwards of 1,000 lives playing VVVVVV; and, frankly, someone worse than me at 2D platformers is going to spend a whole lot more. The game is far from a walkover.

Any potential frustration was for me tempered by the joy and immediacy of the gameplay—if you die, you’ll just start again immediately from the most recent checkpoint, which is always generously placed. The controls are so simple and responsive that it is always squarely the player’s fault if he or she fails.

I will certainly be playing VVVVVV again, even though I am sure I will never manage to unlock all of the extras—some of the criteria to do so are ridiculously hardcore to a degree I cannot possibly hope to overcome. Thankfully the core experience is a delightful one, and the main pull of the game is the game itself, the hysterical glee of its aesthetic, the constant reinventions of what could in the wrong hands be a samey mechanic, the subversion of expectation, and the clear love the developer has for the game. 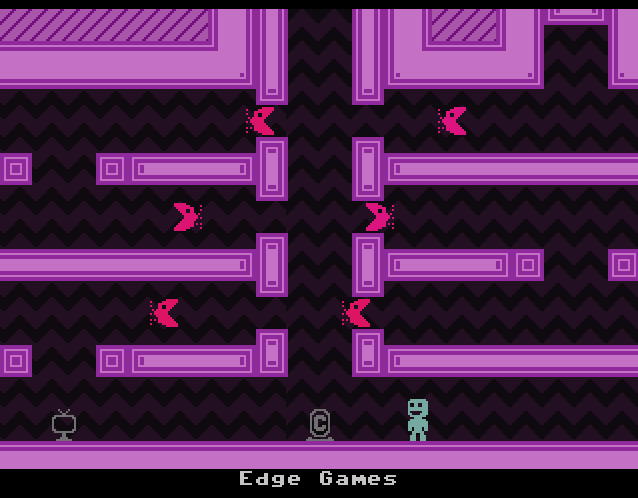 Indeed, love is the feeling one receives from VVVVVV. The love that is in the details, the soundtrack, the intricate design. It is a testament to the obviously intensive playtesting that the love you will feel towards the game will never become hate, even as you lose your six-hundredth life to the cruel trio of screens that is Veni, Vidi and Vici. The best games are challenging without being overwhelming, punishing without being cruel, and rewarding without being spoiling. And, of course, VVVVVV is among them.

VVVVVV good, if you will.

If there's any more people around, when the games run aground, then we'll meet at the end of the games.