This is a GameCola EXCLUSIVE, courtesy of…me asking Telltale about it on their Facebook fan page. I feel so dirty. 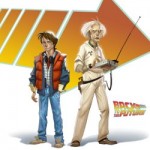 Anyway, yeah! According to Telltale themselves, Back to the Future: The Game will be released “this winter” (still no idea what that means) for the PC, Mac, and PS3. It was previously rumored that the game would see a console release, but I don’t believe it’s been made official before now. The reason PS3 is important (and in bold) is because it means we won’t have to wrangle with Telltale Games’ PC controls, previously described on GameCola as “the worst thing ever to happen to videogames.”  (For comparison’s sake, Sam & Max: The Devil’s Playhouse on the PS3 controls like a wonderful cake.) Presumably, we’re looking at an episodic PSN release, though I didn’t confirm that, because I am a bad journalist.

That’s…that’s actually all I have to report. I just got really excited about it, because I really really hated the controls on Tales of Monkey Island.

Edit: By the way, happy Future Day! On this date 25 years ago, Doc Brown’s dog Einstein made the first recorded trip through time.

Edit 2: Time frame confirmed! Telltale reports that the first episode will be released for PC and Mac in December, and for PS3 and iPad “later.”

Not everyone can be a pro at selecting "Attack" 20 times in a row—it takes practice!