Hold off on that candle-light vigil, everyone! Former GameCola staff writer (and current sprite monkey) Sprite Monkey, who left our site under mysterious circumstances in the summer of 2009, has been found alive and well on The Internets. (If you’ve been listening to The GameCola Podcast, you know there’s been some concern about this issue.) He started updating his own website, Secret of Mana Theater, again this past July, and he’s been keeping the content coming steady, updating most recently just a few hours ago. 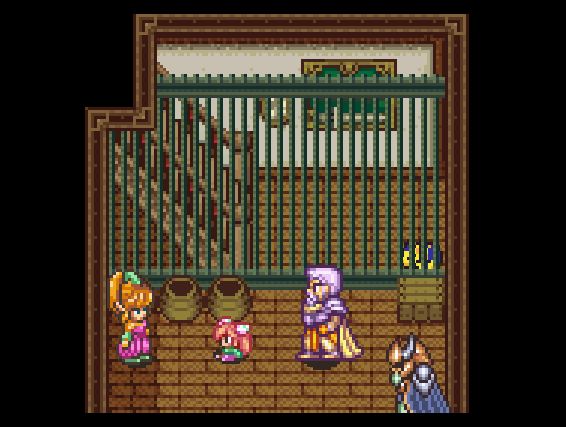 Secret of Mana Theater is a Flash-based animated webcomic filling in the gaps of the story of…some Super Nintendo RPG; I’m really not sure which. One of the main characters (not from the original game) is a large stack of flapjacks who serves as the hero’s spirit guide. Sprite Monkey’s been doing this comic since May 2002 (well before he joined GC), and he’s approaching comic #300 now. If you’re interested, you can check out the website here, and if you’re really interested, you can check it out here on Facebook, too.

You've read the review; now see the game in action for yourself!