Big news, everyone! Joystiq reports that the OnLive MicroConsole is actually a thing, rather than a fever dream we all had after one too many free energy drink samples at last year’s E3. Not only does it actually (apparently) exist, but it’s also  now available for pre-order from the company’s website for the surprisingly low price of $99—which is roughly absolutely nowhere near what any other console has ever cost at launch. (Is that a good sign, or a bad sign?) For a hundred bucks, you get the system, a controller, and a free game of your choice from the system’s catalog.

First Duke Nukem Forever, and now this? I’m calling it now: This time next year, we’re all getting Phantoms! YAY! 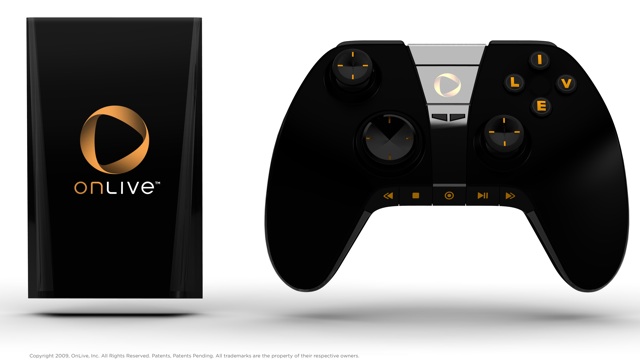 That can’t possibly be to scale, can it?

For those who don’t remember, (for example: me; I completely forgot about the thing until this morning), OnLive isn’t technically a “system” that you put “discs” into; rather, it’s more of a conduit that allows you to play PC games directly off the company’s server, without downloading anything to your hardware at all. This is supposed to significantly reduce loading times, keep your hard drive clutter-free, and actually allow you to play PC games without your system constantly lagging and crashing. My understanding is that it’s like using a wireless controller to play a videogame off of somebody else’s console ten-million miles away, and then watching yourself play it via a live Justin.tv stream…though, hopefully without the chatroom full of annoying people taking up half the screen.

For more information, check out this OnLive-centric edition of The GameCola Podcast. If you pretend it was just posted today, rather than a year and a half ago, it’ll make us seem really on top of things. You can also read Joystiq’s review of the hardware here. The OnLive MicroConsole is scheduled for release on December 2.