Nintendo has just released some disclaimers (in Japanese) about the 3DS, which gives us a little bit of insight into how the system works. Specifically, it displays “3D images with different left and right eye images.” Aha! So there must be a projector on the left side of the screen, and one on the right, right? I guess that makes sense…but wait! Does this mean the 3D effect doesn’t work if you look at the screen from the wrong angle?

Answer: Yes, most likely. The disclaimer goes on to say that the effect won’t work if, for example, one of your eyes is much stronger than the other. Both eyes must be as equally balanced as possible for the 3D to look its best, so don’t turn your head while playing the system. There’s also something about people who wear glasses in the disclaimer, but I can’t read Japanese.

The disclaimer also says that the 3D effect will hurt your eyes, just like it does at the movies. It is recommended that you take a break from 3D gaming every thirty minutes. Children under six should not use the system, as their eyes are still developing. Of course, kids are unlikely to follow these rules, so the system has parental controls that automatically turn off the system/3D effect. 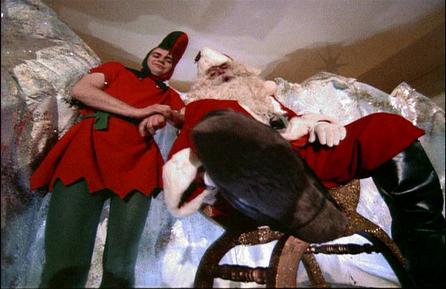 You want a 3DS for Christmas? No way! You’ll burn your eye out, kid!

To summarize, the disclaimers say that 3D gaming will not work for everyone, and if it does work for you, it could mess up your vision. Nintendo tried its best to put a positive spin on this news, reminding everyone that the 3DS comes with a slider that controls the 3D effect. If 3D doesn’t work for you, you can always turn it off. I find it amusing that Nintendo is promoting the ability to not play games in 3D as a selling point for its 3D system. I might have to buy one now!

Uniracers—sorry, I mean Old Spice Racers—is an Xbox Live Indie Game based on the Old Spice brand. I don't remember Old Spice being one of the Spice Girls. Old Spice is a brand of male grooming pro