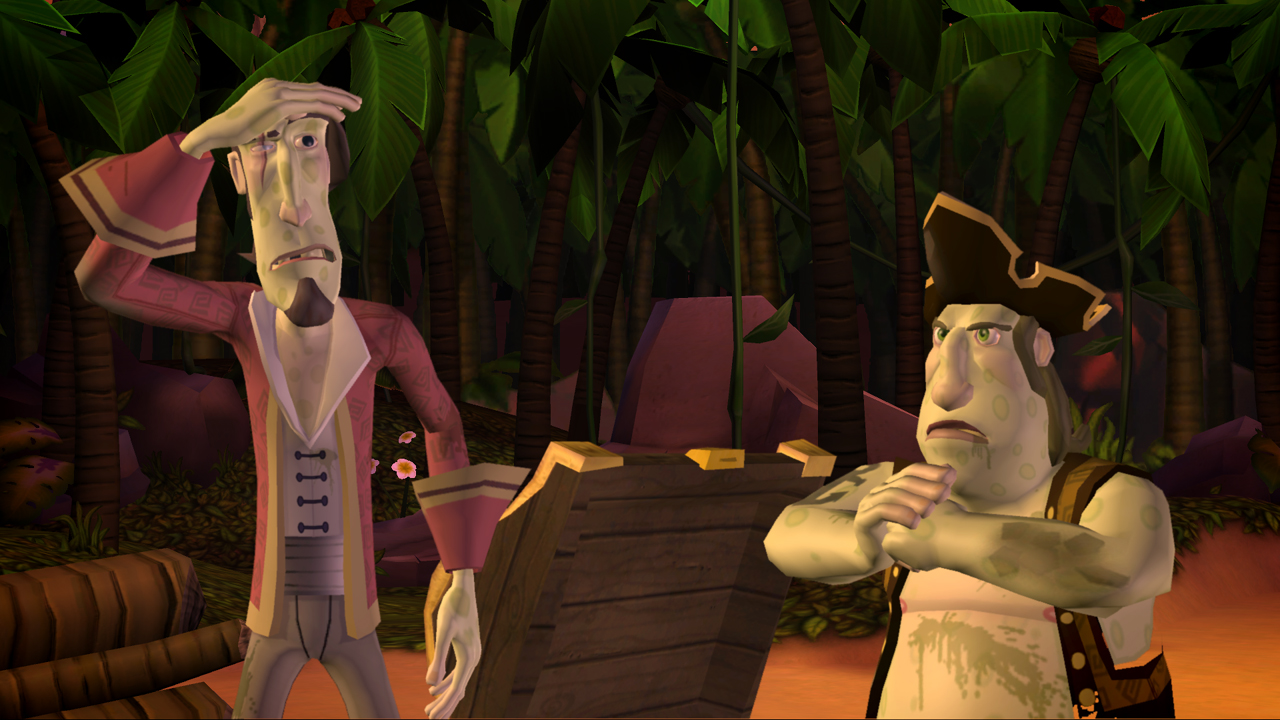 WHY HASN’T ANYONE TOLD ME ABOUT THIS?!

This isn’t actually “news” in any possible sense—according to 1up, TMI has been on the PlayStation Network since last June—but nobody TOLD ME. Here I am, slogging through the compressed audio and fuzzy visuals of the WiiWare version, after already careening through the poorly-controlled PC version—and there’s an actual PERFECT version available somewhere?! And it has CHEEVOS?! (I mean TROPHIES?!) For each individual game?! And it’s only $20?! I SHOULD HAVE BEEN INFORMED.

Consider this a public service announcement. Don’t do what I did. Don’t play the crappy versions of Tales of Monkey Island; there’s a much more playable version of the funniest game of 2009 available RIGHT NOW on PSN. Between that, Strong Bad, and Sam & Max: The Devil’s Playhouse, there’s plenty of demented item-combining you can do while waiting for the PSN release of Back to the Future: The Game—which, according to some sources, will be coming out “probably at least before the new Zelda game.”

So when's the Steam Summer Sale?