PSYCHIC! THUMBS! PSYCHIC! THUMBS! Here they are, at last! Oh yeah. It has been MUCH too long since you fine people, you fine CHOSEN people (which of course means that you chose to click this link!), got to be entertained by this IMMENSELY enthralling bit of videogame fun-ness!! ENJOY.

…Man, did I really just use the word “bit”? I hate that word.

Ooooh yeah! Finally! A game that lets you skip through all the stuff you’ve done in other games and get straight to the after-party! COOL KIDS CLUB!! I am totally gonna be the first person to meet 007 at this party of spies!

…Whaaat? It isn’t about a party with spies?! Or, wait…it is? I AM SO CONFUSED!

Actually, SpyParty is a pretty interesting concept. And it’s being developed by ONE man, no less! He is like a machine. In SpyParty, you play as either the spy, or a sniper trying to make sure that the spy never spies again. As the spy, you try to accomplish different spy-tivites at different…yes…PARTIES! I do get to party it up! HAAAA. As the sniper, your goal is to identify and shooterize the PartySpy. In all, the game already looks much better than one lone person should be able to do! 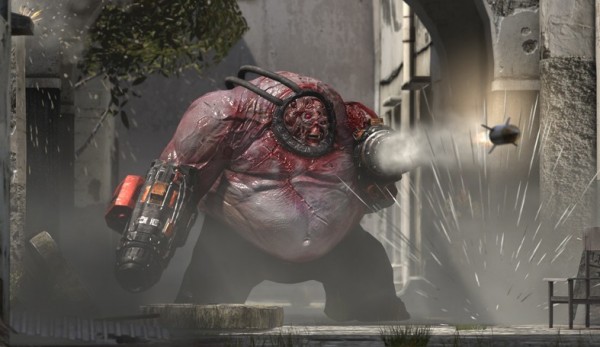 Just five years after you thought the series was dead…IT’S BAAACK! I mean, you all thought it was dead, right? I sure did. I hadn’t thought of ol’ Serious in quite a long while. Which reminds me of a story…

Whoa whoa, started rambling there for a second. SERIOUS SAM! WOO. Who couldn’t use more of him in their lives. One of the first first-person shooters that I actually liked. OK, it is also the one that I have a record negative score in. BUT WHATEVS, MAN! It’s Serious Sam! It’s shooting, and it’s humor! That is all I need.

…They are still sticking to that, right? This isn’t some version that’s actually serious, right? I can’t be bothered to psychic up EVERYTHING now, can I?! 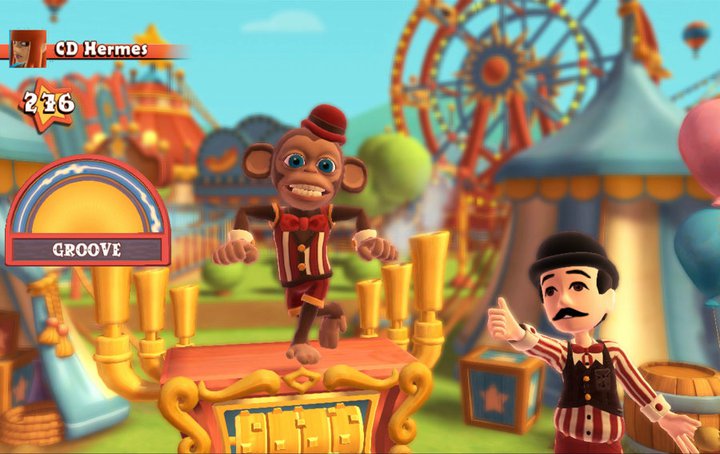 Man oh man, there sure are a lot of terrible Kinect games coming out. Why is that still a thing? I THOUGHT IT WAS JUST A FAD. All these games were already made for the Wii!! HAVEN’T I MOCKED THEM ENOUGH?! I do not want to pay money to mimic a dancing monkey on my TV screen! I CAN DO THAT WITHOUT ONE.

One day, these motion-control games will prove me wrong. ONE DAY, they will provide me and my kin with BILLIONS of hours of entertainment. ONE DAY!! (Note: This will never actually happen. There will always be dancing monkeys.)

Oh no. Games are actually being developed for it. IT’S REAL, MAAAN. THE NGP IS REAL. It still doesn’t have a name yet, BUT IT’S SO, SO REAL. Scary.

So I just watched a video about this game. I am now even more scared. The future may be completely devoid of non-weird games. SADNESS. Little Deviants appears to involve rolling various balls around the screen while wiggling your PSPnew around and touching its sensors in various ways to manipulate the surface of the Earth. I don’t even know what I just wrote. I re-read it and it’s creeping me out.

I sure hope they’re just gung-ho about these weird NGP features now, and totally forget about them after release. Just like how the Kinect is now a distant thought. Oh, wait… *SOB* What was wrong with games!? WHY DID WE HAVE TO MOVE TO WACKY WORLD. 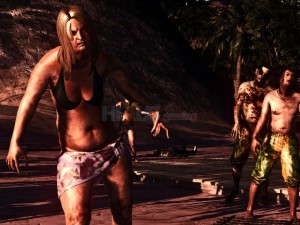 Not much is known about this game, but wow—people sure do love the trailer. I mean, like…everyone.

I am a big fan of the Twitter. I follow quite a few people. They were all over this! Even the people who never talk about videogames. Hopefully it will live up to the hype. I mean, at the very worst, you get to kill zombies. We love to kill zombies! But the added bonus of a deep story and emotion-triggering intenseness?!  THAT IS A HELL OF A LOT BETTER THAN DANCING MONKEYS. This game represents my hope that the future is more than hand waving and portable poking! Dead Island: YOU ARE OUR SALVATION.

Well, that wraps up this edition of the galactically renowned thumbs. The THUMBS with all the answers! The THUMBS with ZERO dancing monkeys. Be sure to come back next month to see what other horrifying, silly, and painful creations are in the works to crush our dreams and feed our nightmares!

Why does GameFAQs ask its writers to add disclaimers to their guides?