Last week, we posted about a new Ubisoft game called We Dare, showing you a trailer that may or may not still exist anywhere on the Internet, because Ubisoft is apparently as embarrassed about the game as everyone else and is actively trying to erase every online mention of its existence. Thankfully, though the original trailer may be hard to find, plenty of other fan-made trailers are trying to bring sexy back, such as this Dead Island-inspired remix:

Hah! That’s not true at all. Actually, the rating means that the game is appropriate for anyone 12 and up, meaning that parents—who are notorious for expecting any random off-the-shelf game to be completely OK for their kids—will have no reason not to pick up We Dare for little Herkimer. 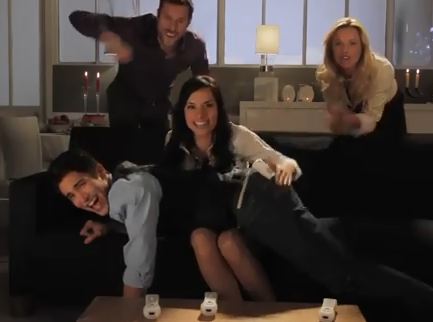 For their part, Ubisoft has come out and said that the game is “intended for mature audiences,” even going so far as to place a “parental discretion is advised”-style sticker on the box, to make up for PEGI’s epic failure. But PEGI is sticking to their guns, which makes me wonder how many of them would be OK with their children playing We Dare.

Discussion topic: Isn’t this sort of thing the reason Arnold Schwarzenegger wants to ban videogames forever? Why are we helping him?