Nintendo announced this morning that everyone who’s purchased a 3DS prior to August 12 will receive 20 free videogames.

…What’s going on?! Who is this?! That’s not the Nintendo I know! THAT’S NOT THE NINTENDO I KNOW! I’m positive that this is the first time in history that Nintendo’s actually rewarded its early adopters, instead of screwing them by dropping the price of a console and releasing it in eight new colors about a month or so after you bought it. Does someone in that company have a soul, after all? 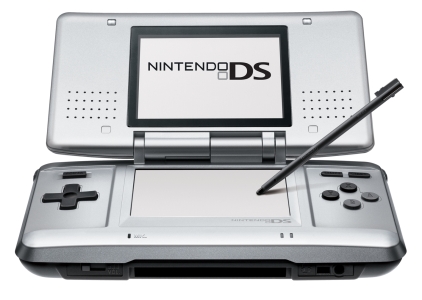 I still will never get over getting stuck with the big fat DS
because I couldn’t justify buying any of the six new ones.

The free games will be available to anyone who owns a 3DS and visits the eShop before August 12. (I’m not sure if that’s starting now, or what; just to be safe, I’d log on every day until then.) When you do so, you’ll automatically be enrolled in the Nintendo 3Ds “Ambassador program,” or, as Nintendo is calling it behind-the-scenes, “sorry.” The free games include:

And 10 more still that they haven’t announced yet! I’ll take that! …Of course, you probably already own like half those games, but you probably don’t own them all! And really, we could all stand to play Yoshi’s Island again—that game never got the appreciation it deserves.

In the same press release, Nintendo also announced that they’re dropping the price of the 3DS from $250 to $180, saving new consumers a whopping 80 bucks. … And now I’m mad again.

Let's talk about something I hate: dumbasses. Last Thursday, six teenagers were arrested at a New York supermarket, after robbing a woman of her cigerattes, and then proceeding to destroy a man's car.