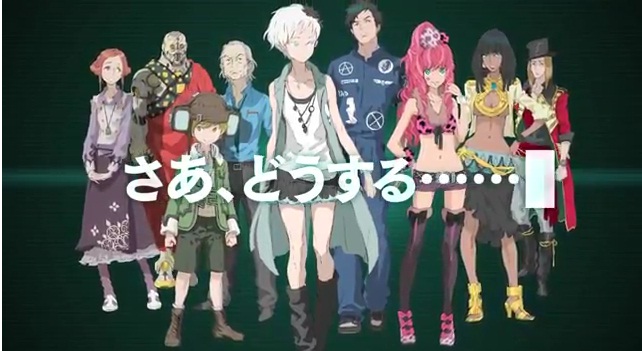 Oh, wait, you’ve never heard of that game. That’s the M-rated DS game that will give you nightmares forever. Personally, the nightmares didn’t bother me, because I refused to go to sleep at night for about a week, until I got to the end of the game. The storyline was that engrossing.

Or maybe I should say en-gross-ing, because some of those overly graphic death sequences were, well, overly graphic. Here’s the one that caused GameCola’s Head Editor, Paul Franzen, to stop playing the game. Start watching at 9:54, for the short version:

The Japanese trailer for 999 2 confirms that the sequel is in development, and so far, it seems just as interesting as the first game. The game is being released for 3DS and PSV, and it looks like the only returning character is Clover, the pink-haired axe-murderer from the above video. Get ready to have nightmares again, when this game is released…whenever it is released.

Our predictions went five-for-eight at least year's WrestleMania, missing only a Money in the Bank mishmash, a Match of the Year candidate, and the main event. So basically, we nailed 'em all 'cept th ...