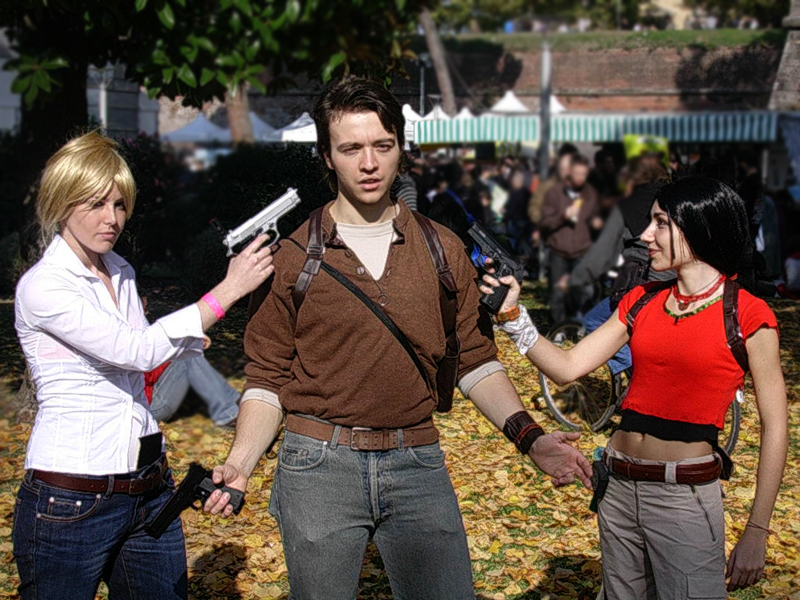 This could be you!

That’s pretty much the last headline I thought I was going to write today. Kotaku reports this morning that, as part of a promotion for Uncharted 3, Spike TV will be airing a single-ep reality show called Uncharted 3: Race to the Ring. Should someone let Nathan Fillion know? In the show, contestants will be doing things both in the game and in real life, though there aren’t any specifics given. I think if Ultimate Gamer has shown us anything, it’s that there’s nothing more exciting than watching awful videogame nerds play videogames.

If you’re interested in applying, you can download the questionnaire here. Hilariously, it asks things like “How long did you take to complete Uncharted 1 and 2? Explain.” (Emphasis mine.) It looks like they added “Explain” to the back-end of most of their questions, but I like the implication that you owe these guys an explanation for why it took you so long to beat Uncharted. “Well, uh, it took me a couple of years, actually because, uh, some family stuff got in the way, and I lost my job, and why do you need to know this, anyway? I don’t like thinking about it…”

Another sample question: “Which Uncharted character are you most like, and why?” This is the worst online dating service ever.

Good luck with your application, and if you get on the show, don’t forget that we were friends before you were famous!

Magic: the Gathering meets scavenger hunting in the Happiest Place on Earth.™