The current Capcom business model has been set for years: Make an excellent game, create countless mediocre sequels, re-release the original one that everyone liked into oblivion, create a new, innovative game in the series to revitalize interest in the franchise, repeat. If Resident Evil 1 was the original excellent game, then it was Resident Evil 4 that got the waning franchise back on its feet. But now, six years after its first release, we’re in the “re-release it into oblivion” stage, as the game’s available on…a few platforms, already.

Perhaps “a few” is an understatement. 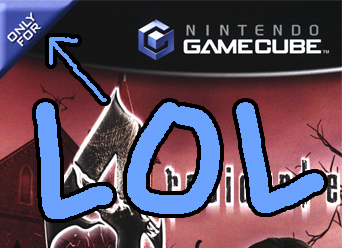 Capcom still plans on riding the RE4 wave for another six years or so, so they’ve sent us a review code so we can do what all reviewers before us have done: Score it very highly and heap praise upon it. Well, Capcom, you’re in for a bad surprise because…

Oh hell, who am I kidding? Resident Evil 4 is a great game.

RE4 has become such a modern classic that it’s hard not to rehash things that have already been said about it 1,000 times, but we’ll briefly discuss what’s the same. 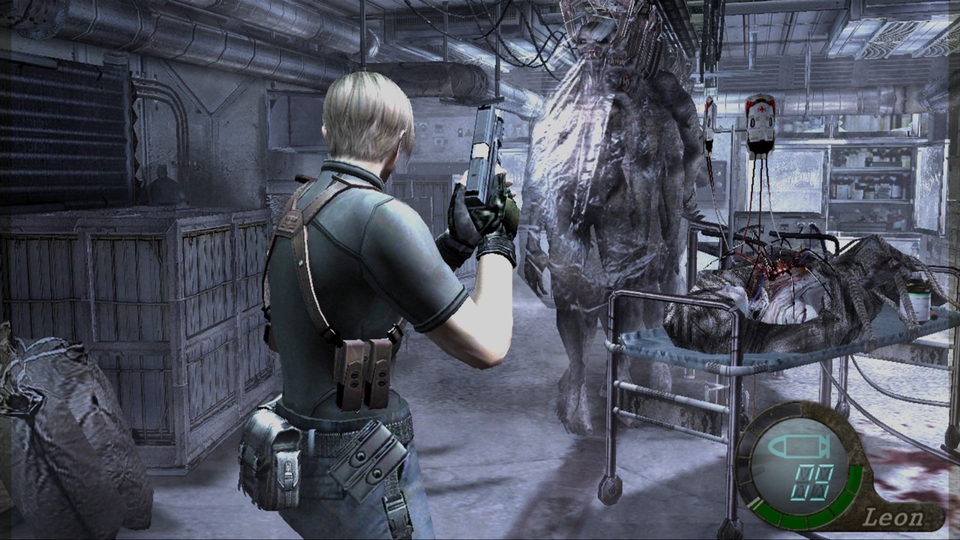 Just about everything is the same as you remember it—weird undead kids that look like Napoleon, First Daughter escort missions, and zombies that look like they’re fresh out of those games that Matt Gardner reviews, except the tentacles are coming out of the upper half, instead. If you’ve never played it before, then treat yourself and do so. Even if you’ve played other Resident Evil games before and didn’t care for them, you may still like RE4. The original RE is slower paced and has fewer zombies, to make it all the scarier when you actually do encounter one; RE4, on the other hand, sacrifices the fear of not knowing if there’s a zombie around the corner with the guarantee that there definitely is, and there’s 26 of them, and some are wielding chainsaws. This may make the game less scary, but it’s also a whole lot more fun. And as a bonus, the lame storyline and bad voice acting make it even more entertaining than it already was. Not quite Castlevania: Symphony of the Night bad, but bad enough to get a few chuckles and/or groans throughout the course of the game. There’s also still a fair amount of replayability, thanks largely to the notorious infinite rocket launcher you can get.

Despite the title, Resident Evil 4 HD isn’t a full HD graphical upgrade—it’s just been upscaled. Ironically, this means that the HD edition doesn’t so much do away with rough spots as it does draw attention to them. Essentially, it’s the same old GameCube graphics, but now they’re larger and crisper so you can really admire that solid yellow GameCube-era mat that is Leon’s head of hair.

Outside of the graphics, nothing in the game was really improved. The controls are still a bit odd and hard to get used to, but even some of the greatest games have had questionable control schemes. Besides, considering what game companies consider “improvements” these days, we should probably be thankful there’s not too many changes; you might end up getting to buy new DLC outfits for $10 a pop, or having to hook up a Kinect and dance a fucking Argentine Tango in order to defeat Del Lago. 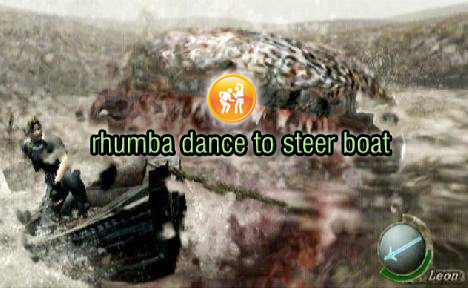 Despite the graphics actually getting a bit uglier in their transition to HD, RE4 is still one of the best games around. It’s a good-sized, classic title with plenty of replay value. That said, it’s hard to justify the steep $20 price tag when the game has been ported to just about any electronic device made since 2005 and can be found for about half that price on many of them. Check around and see if you can get this cheaper somewhere else, or otherwise wait for that $20 price tag to drop to somewhere closer to $10 or $15.  Hey, you’ve apparently waited this long to play it; what’s another few months?

A fantastic reenactment of a battle from the SNES game EarthBound.