Chip’s Challenge is an old Windows game, which is loved by many people. By “many people”, I mean mostly just GameCola’s tech guru, Kay Leacock, who wrote a column on it forever ago.

Kevin’s right, though. It’s a pretty good puzzle game for its time (the late 1980s). As proof of the game’s awesomeness, I submit to you the box art from the Atari Lynx version: 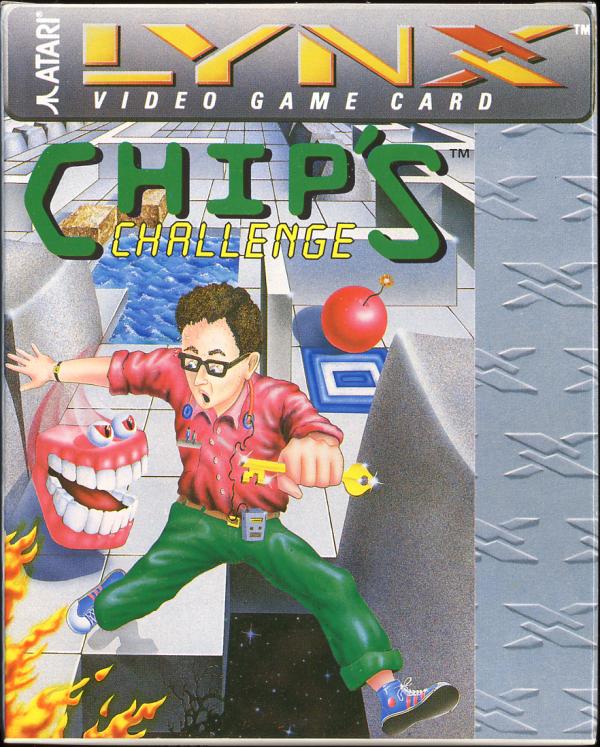 That box art is a pretty accurate representation of the game, except for the fact that Chip is running away from the blue exit square. Also, Chip wears socks in real life. Other than that, he really does dodge giant teeth enemies while going through metallic mazes. Don’t believe me? See for yourself:

Chip’s Challenge: Coming to a floppy disk near you.

Okay, so chances are that WrestleMania XXI has come and gone by the time you've started reading this article. This latest issue of GameCola was only released the day of the big event, so one way or an ...