It turns out that there’s a gaming company called Dude Bro Games LLC. That could be the greatest name for a gaming company, ever. However, a brief look at their games catalog reveals that all they do is re-release the same running game over and over again, just with different skins.

Patriot Run – Battle of the President Defender is the US President version of their running game. You star as Abraham Lincoln, George Washington or Theodore Roosevelt. He runs along a never-ending path, collecting coins and dodging enemies. It might sound like fun, but it isn’t. It really, really isn’t. 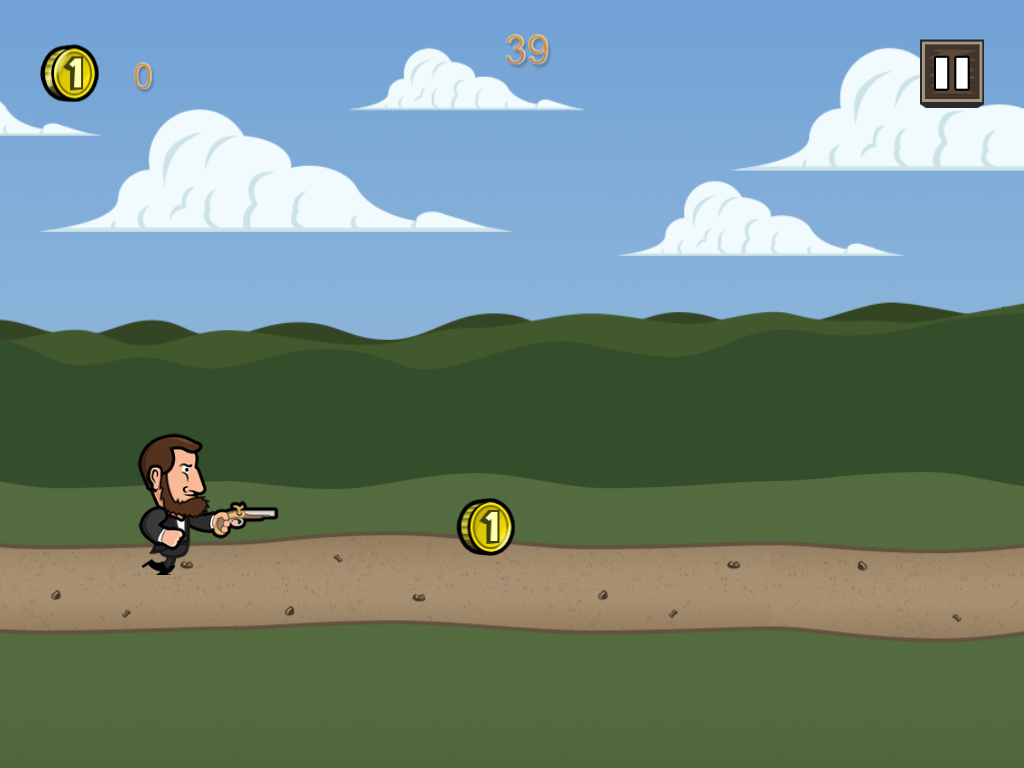 The worst part about this game is the music. The game has two songs, but the first one doesn’t count. That’s because it’s not a song; it’s a ringtone for an alarm clock. I recognized that annoying bugle solo the instant I heard it. It’s only about ten seconds long, but it still made me want earplugs.

Seriously, why is an alarm clock buzzer being used as background music in a video game? That is a bad idea. I don’t care if it’s free music that is vaguely patriotic. No one equates alarm clocks with fun.

The other song is twenty seconds long. It’s kind of bland, but compared to the alarm clock bugle, it sounds wonderful. The game plays both songs on shuffle and repeat; I had the bad luck to hear the alarm clock bugle five times in a row, at which point I muted the game.

The background for this game is also bland, but they did a good job with it. The hills in the background loop at a different speed than the clouds do. That gives off the illusion that there’s more background artwork than there really is. It’s a neat little trick that works well. 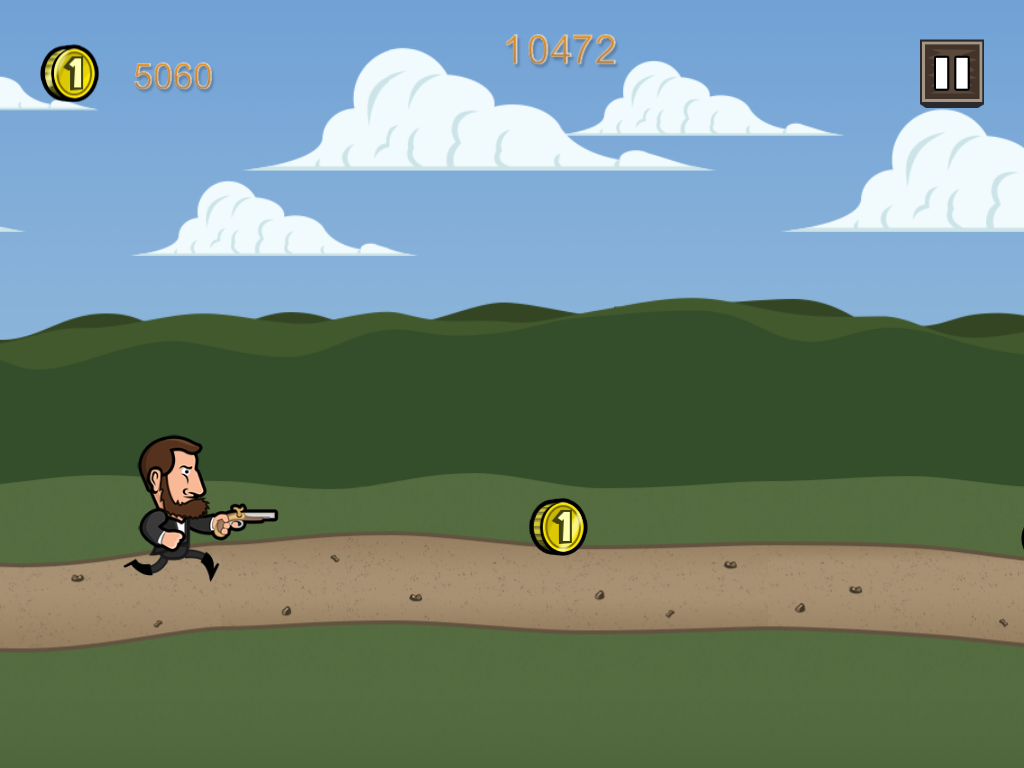 Challenge: Spot the differences between this picture and the previous one.

It took me about half a minute to discover an exploitable glitch. All you have to do is hold your finger on the screen. The game mistakes this for someone tapping the screen over and over again, very quickly. This causes your character to constantly fire his gun, which kills all the enemies instantly.

The enemies never move, and they are a box and a cannon. So…boxes are unpatriotic now? Why is Abraham Lincoln shooting boxes? Why is he collecting gold coins, for that matter? His picture is on American currency, but it seems he is still strapped for cash.

Ads pop up at every opportunity. Did you go to the main menu? Ad. Did you hit the options button? Ad. Did you pause the game because your ears are bleeding from the alarm clock bugle set on repeat? Ad. 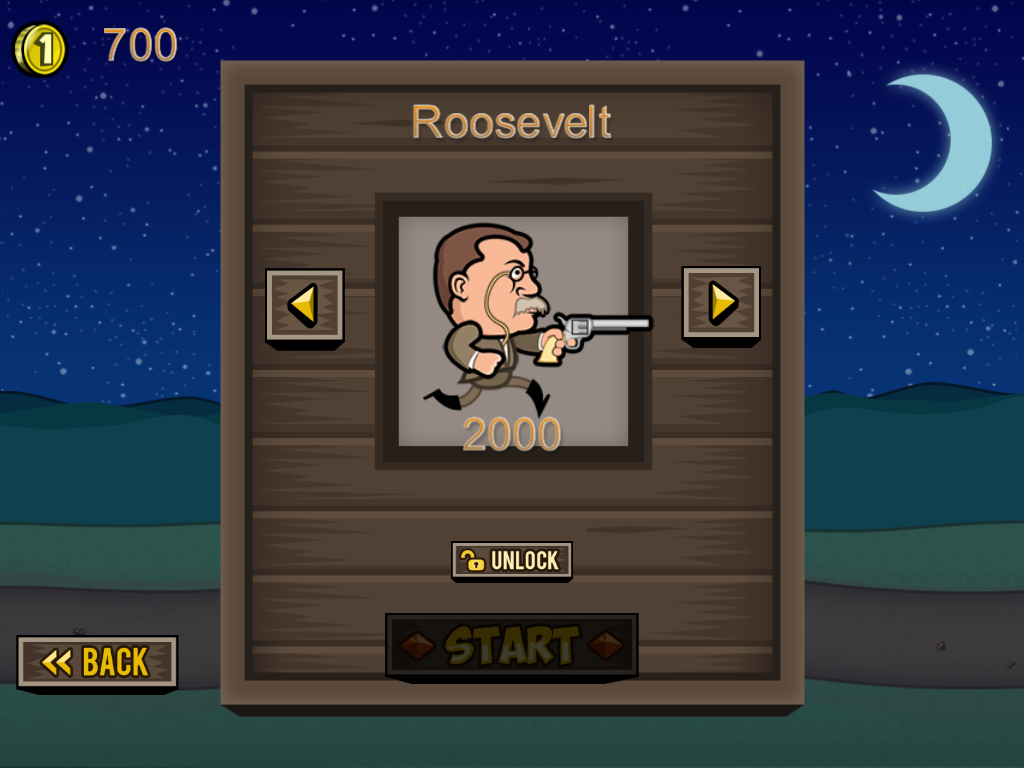 In conclusion, I cannot recommend this game. True, it gets some points for being a free game. But if you play the game for a minute, that’s it. You’ve experienced all the game has to offer.

Whenever I see your shining soul I just wanna...close...my eyes...or something.