Today, I have quite a few topics to discuss regarding the latest installment in our favorite lawyer series. 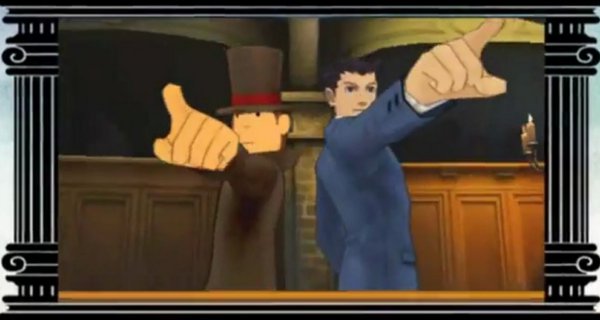 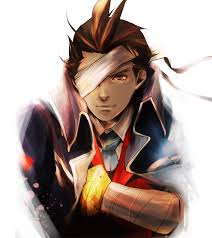 WHOA! Could we find a less nightmare-inducing one please?! 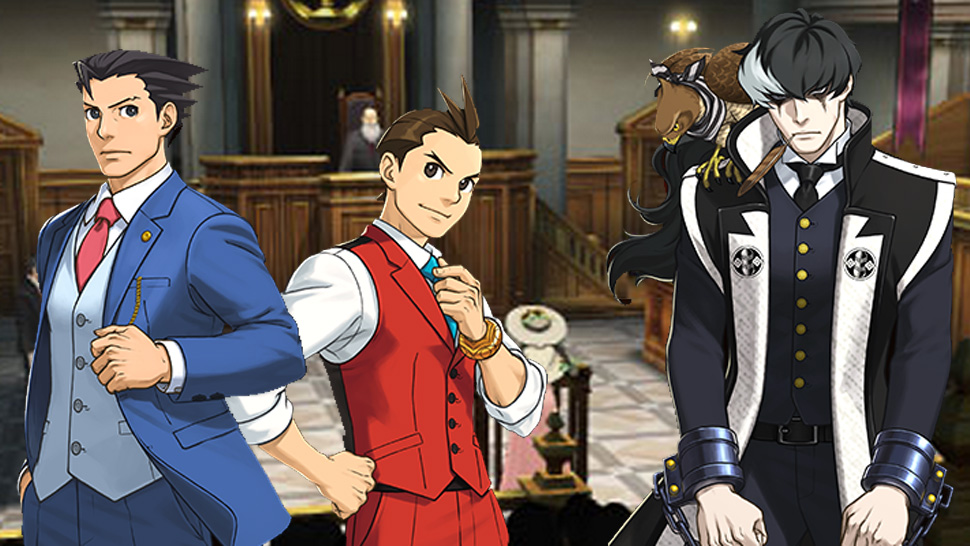 That looks better. A lot better.

So yay! Let’s see if the rest of the world can continue this trend!

Not the End of the Series?!

In a recent interview with producer Motohide Eshiro, he mentioned that he doubts this will be the end. He “loves the AA universe” (just like another fangirl I could name) and said that although it’s not certain what shape it’ll take, “I highly doubt this will be the end of Ace Attorney and Phoenix Wright“.

Just in case any of you haven’t seen it, I recently wrote a humorous story based on this picture: 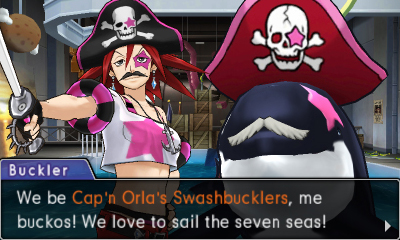 The story’s not true, of course, but the picture is genuine! The DLC for Dual Destinies will include the costumes for Phoenix, Apollo, and Athena (in case you ever felt the slightest desire to play dress-up with the Ace Attorney characters) and an extra case, Turnabout Return, which presumably takes place after Phoenix regains his badge, and somehow features pirates, whales, and mustaches. Not quite as fabulous as beards, but hey, you take what you can get.

Capcom Talks about Digital Only Release, But…!

Capcom issued another statement about their decision to make the game available only on the eShop. Their goal was to make the time between Japanese release and US/EU release as short as possible. While I’m not entirely in favor, I completely accept this and thank Capcom for it. I don’t know how crazy I’d be if I had to wait a year or two for this game to be released. I just hope the rest of the fandom will see this too.

On the bright side, this little tidbit was also included in the statement: “And personal platform preferences aside, digital is a really good place for Phoenix to be and we hope to be able to prove that to you with some good news very soon”.

Hmm… Make of that what you will.

I’m going to briefly summarize this review, because I found it interesting. Slight spoilers, but nothing too major, so read at your own discretion.

The plots and characters are all very original (YES NO MORE OLDBAG!!!) and the investigation is far superior with the addition of 3D. This reviewer particularly liked the mixture of old and new methods of gameplay. Classic Psyche Locks and Perception are mixed with the Mood Matrix and a brand new concept that resembles Logic from Investigations. It makes you feel like you’re actually solving the case, instead of just guessing your way through. We’ve all done it before. Well, no longer!

The “mixed” point is that this game…well, it doesn’t revolve around Phoenix like we all originally expected it would. I’ve been hinting at this for the past couple articles. You play as Phoenix for a little less than half the game (actual numbers of sections: Phoenix – 7, Apollo – 5, Athena – 4) and he doesn’t get too much character development. Reading the description in the review, I’m afraid Phoenix, our glorious returning hero, will be shunted back to the status of “minor background character who shows up when convenient” like he was in Apollo Justice. Most of the plot seems to revolve around Athena (again, makes sense, she is the new character and all), which isn’t necessarily a bad thing. Just don’t expect it to be all about our favorite blue-suited defense attorney. Expect it to be about a yellow-jacketed one.

But then there’s this. I…I don’t even know how to summarize this, I’m just going to put it out there.

And as the game is not centered around Phoenix, many of your burning questions remain unanswered—namely anything to do with Maya, Kay Faraday, Franziska Von Karma, Detective Gumshoe, and any number of other characters. Trucy and Pearl appear but do little more than play the assistant for a short section or two—and even Edgeworth’s role is kept to a minimum.

Overall, it’s an “acceptable game in the series”. It’s not quite as deep as AA or T&T, but it’s a great game for veterans and newcomers alike.

I guess we’ll all have to find out this fall. 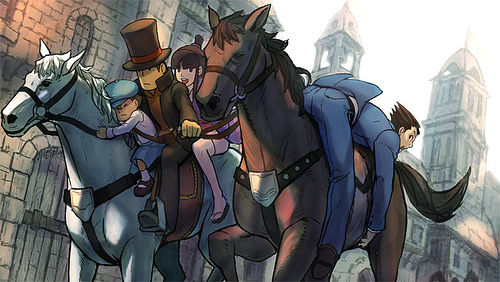 But really, what happened to this game…? 🙁

Our ratings are delving into the nether realm as we dissect the hidden gem Disgaea 5: Alliance of Vengeance.