Hello again. It’s the Ominous Voice here, reminding you, the occasionally handsome readership of GameCola, that it’s a toasty summer, so stop wearing oversized hoghair sweaters because you’ll stink like a brisket marinading in fermented quail shavings. And let me tell you: that was the worst Thanksgiving meal I ever ate. But you cope. Also, you need to stay hydrated, so drink plenty of water, or you will die. Seriously. I died once because of dehydration, and I’m still ticked off about it!

Look, I know your time is short. That dehydration is already kicking in. I can see you wrinkling like leather pants on a supermodel. So I’m not going to go on a long tirade about what’s wrong with video games, as I tend to do every month around here. I’m going to make it medium-sized. Here’s what I don’t understand: no matter what game I pick up, everyone speaks my language. No matter where I am, no matter who I’m talking to, no matter what country, continent, or planet they are from, everyone can easily converse with me. I had no idea that linguistic globalization had taken place in the video game universe.

Take any RPG that requires you to travel to different towns and continents. (Now, try and think of one that doesn’t. Sounds like another cliché is in full effect.) Though we’re not really thinking about it, you’ll have no trouble speaking with the people in those other towns because everyone speaks English (or whatever language is reigning in the country of release at the time). That fact alone doesn’t necessarily make them more eager to chat with you (fairies never seem to trust humans, after all), but it does make your quest a little easier. There’s no need to sit down with Rosetta Stone on DVD and learn Urdu before buying a Bronze Stick of Replenishment or whatever they’re selling. 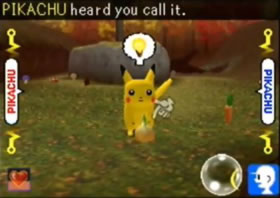 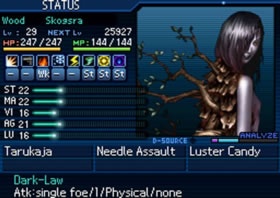 (Pikachu knows what I’m talkin’ about.)

Yeah, I get it. I’m whining over nothing. Well, calm yourself. I ain’t done yet. I can live with the fact that continents share pretty much mirror dialects. That just makes life easier. But when species from another PLANET start just chatting away in English, I get floored. In sci-fi games, it’s often said that your character just “happens” to own a universal translator, like in Star Ocean: Till The End of Time or the Metroid Prime series. Sometimes they call the system “translator microbes”, like in Shin Megami Tensei: Strange Journey, where you can’t understand a demon or a language until you’ve had a chance to scan it, feel its presence, and chop its head off once. I call it a creative cop-out. The Legend of Zelda: The Minish Cap goes one step further in craziness: he has to eat a special fruit to understand the Minish language! You know your dialect is messed up when you need to get high on some citrus drug to figure it out!

Heck, apparently even Mario can understand Yoshi, despite the fact that he only speaks in what seems to be synthetic yelps of pain when a fat plumber leaps onto his back.

And remember Hey You, Pikachu!? Yeah, we try to forget, but we don’t. I never understood why Pikachu is able to comprehend everything in English but only says “pika pika” and other nonsense. Then again, he only responds to about a third of what I actually say into the microphone, so I could be mistaken about his abilities. I know, this is all just for convenience of the player, but it would be interesting to see players try to survive in other continents where they cannot interact due to language barriers. It would be like me going to the Netherlands and only being able to say “Goedemorgen” (good morning) and “Armin van Buuren” to everybody. Oh wait… I’m not allowed back into the Netherlands. I won’t say why exactly. Er… Goedenacht, everybody…

Gumshoe, Lincoln and Kenobi is my new favorite fighting-game team.