Ho ho ho, everyone! We have a release date for Phoenix Wright: Ace Attorney: I Believe In Life After Love! Er, I mean, Dual Destinies. Dual Destinies is getting released on October 24!!!

I don’t understand the title. People say it’s supposed to refer to the fact that Phoenix and Apollo share the role as the main character of the game. Let’s be honest, though. Phoenix’s name is in the title and Apollo’s isn’t. I’m pretty sure there’s only one spiky-haired main character here.

To be fair, Apollo is trying his hardest to be the best character possible. Let’s take a look at an awkward screencap from the scene in the last case, where Apollo stops being a pirate/mummy/werewolf. 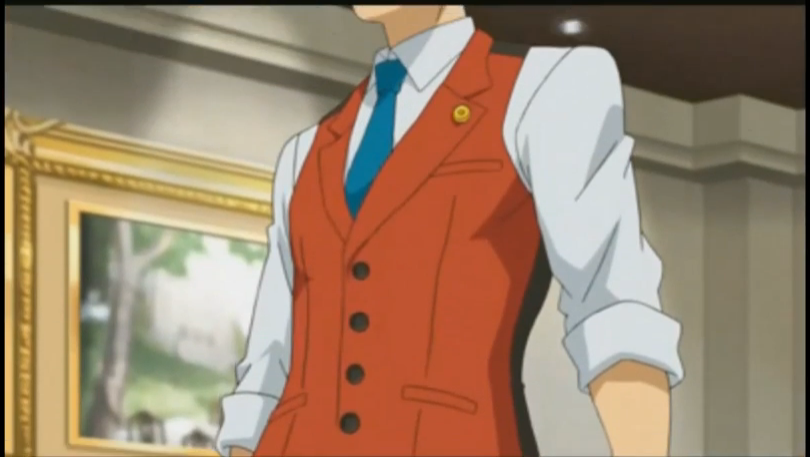 “Hey, it’s Apollo. I just called to say you don’t need to bring any beer to the party tonight. I’m bringing the six-pack myself.”

Clearly, Apollo Justice has been working out lately, bench-pressing lawbooks and doing push-ups through testimonies. His new, buffer model is sure to catch the eye of fangirls everywhere. There’s one woman who has taken notice of Apollo’s new model! 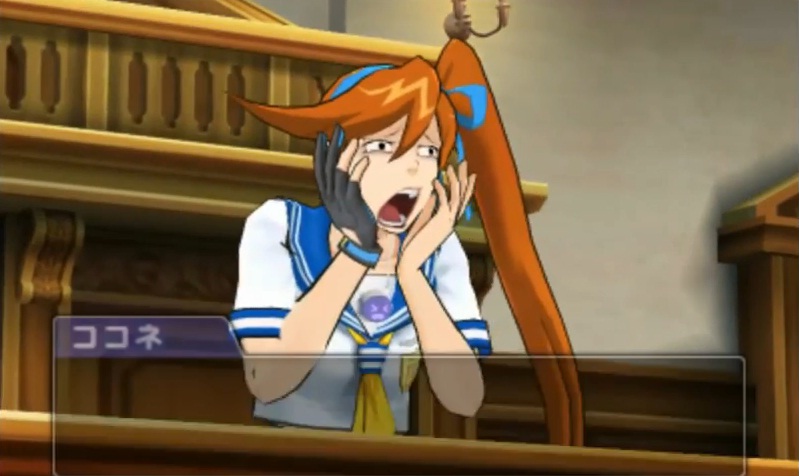 Athena, Apollo’s new sidekick! I can’t tell if she’s excited or frightened by the new Apollo Justice, and…wait a second.

What is she wearing? That’s not her normal outfit! I’m so confused. Did Apollo take the lyrics to They Might Be Giants’ “Call You Mom” literally or something? To find out more, I went to GameCola’s resident Ace Attorney expert, Diana Gray.

And while we’re talking about new models, let’s finish this article with a look at the highly-anticipated new model for Miles Edgeworth! 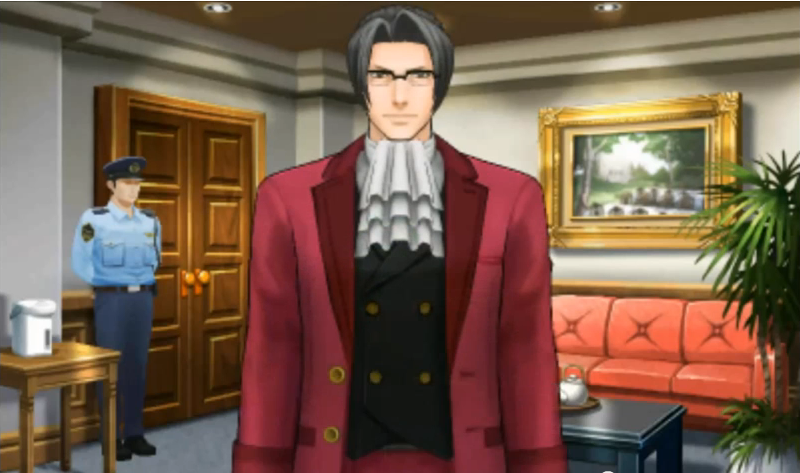 Oh. Hey, Edgeworth. You’re looking…awkward in 3D, with your cravat sticking out in the face of the players. Is the suit coat too big for you or something? Maybe you should try buttoning it up.