As we all might have heard, the recent Ace Attorney game was released in America only across digital platforms. Despite the outcry of fans, Capcom did not seem to understand that without a physical representation for their game, the fans would have no pride in displaying the title in their collection.

“I mean, it’s not even worth it if I don’t have anything to show for it,” said Dan Fony, a real-life concerned fan. “Opening up the box and putting it on my self to never touch again is, like, half the reason to buy a game in the first place.” 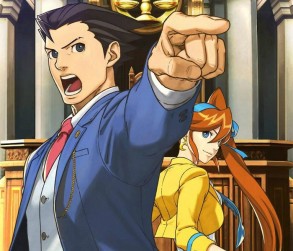 Objection! This is totally lame of you, Capcom!

Fortunately, many fans such as Fony elected to boycott the game until a physical form was announced to be present in the states. No news has been given as to the effectiveness of their demands, but Fony has confidence.

“Capcom just needs to pour in a little more money, that’s all. We’re sure that once they see all the comments we’ve left on our blogs expressing our desires, they’ll have no choice but to satisfy us as customers.” 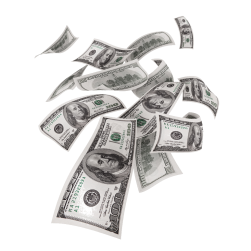 A projected estimate of the money Capcom will lose.

This movement mirrors several other powerful movements we’ve seen in the past on the Internet. In late 200X, many concerned Yahoo! users demanded to receive all their emails in physical form. Much like our contemporary brothers-in-arms, they too were not satiated by claims that, “there’s no difference really,” and, “you could just print out your mail if it means that much to you.” Clearly, without an envelope or stamp, there’s no point to communicating at all. Thus, because of their actions, Yahoo was brought down and now stands largely in the shadow of Gmail. Only time will tell if Gmail will fall the same way. To this reporter, these die-hard fans’ support really shows the justice and knowledge a dedicated fanbase can bring to a corporate organization that clearly does not understand practical business.

It's perfect for filling in those hour breaks between classes at college.