Doctor Blackmore, the mad scientist who turned himself into a cyborg/octopus creature, has returned from outer space! As part of a revenge plot, he has kidnapped a series of innocent people and sentenced them to die in famous natural disasters! These include…

… Alaska? Seriously, Dr. Blackmore? What made you decide that “Alaska” belongs on the list of natural disasters? Sure, it’s cold there, but that doesn’t put it on par with Chernobyl. 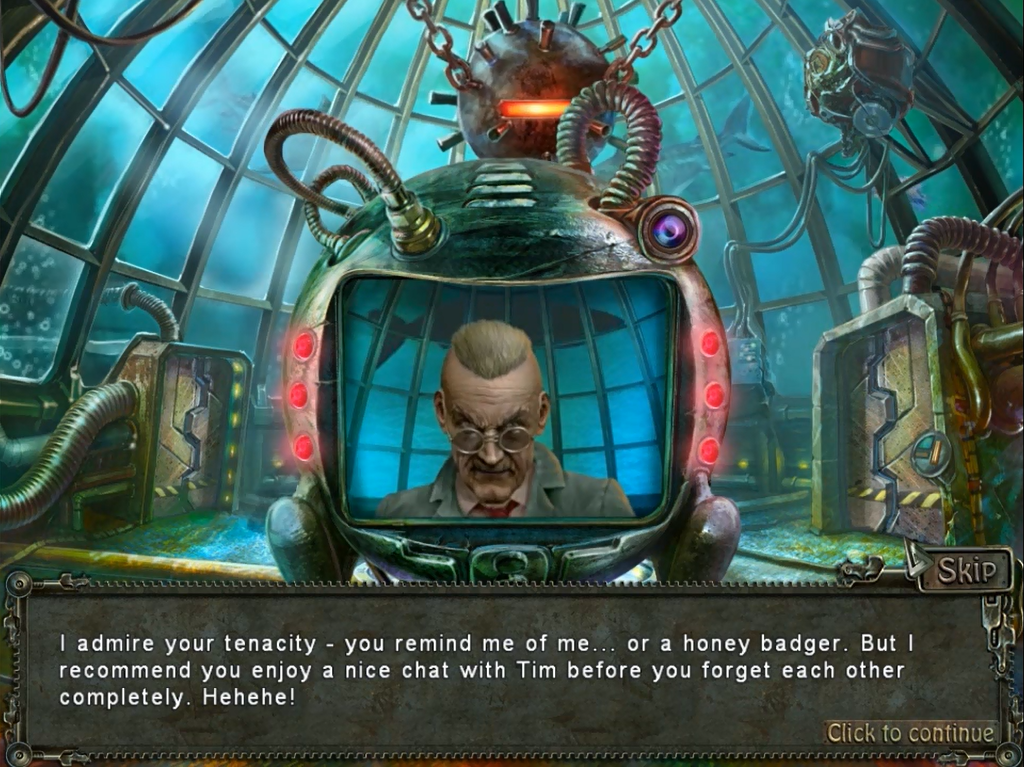 The pacing of this game threw me off, because it’s completely different from the pacing in other games in the series. The first game had nine levels, the second game had six levels, and this game has four. All three games are around the same length, which is 3-4 hours of gameplay, but the fact that there are fewer levels here makes the game feel shorter than its predecessors.

In all fairness, the game has a chapter-length tutorial, so I can’t complain too much about its length and—no, wait! I can totally complain about the game’s length, because guess what! The game comes with a fake bonus chapter!

That’s right! After finishing the game, they deliberately removed the final chapter to create a fake cliffhanger. The final chapter needs to be purchased separately, for $10. It’s a fairly blatant scam. It’d be like a movie charging you a second admission in order to watch the final twenty minutes of a film.

So is this game too short? Yes. That’s because they cut out the final chapter on purpose. 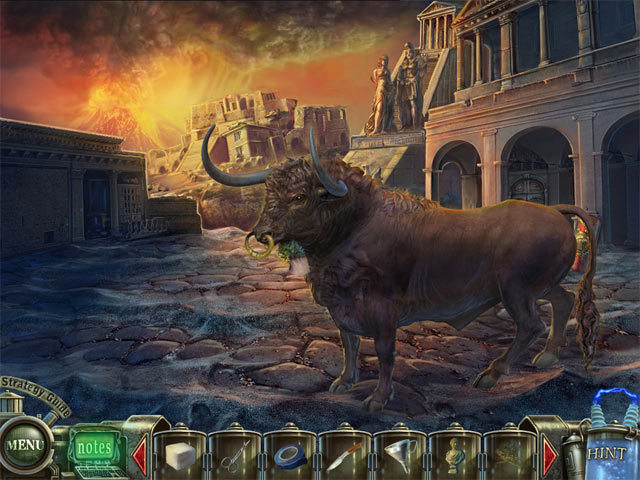 The game is pretty well-balanced. There are some things that appear in every single chapter, such as a hallucination challenge, an animal sidekick, and a bomb defusing challenge. I liked these reoccurring elements, which had little variations every time they appeared to keep them fresh.

However, I think the game fails when it comes to the hidden objects challenges. There are two in every chapter, and unlike the other repeating challenges, they are wildly inconsistent from chapter to chapter. You go from a “find and use the items on each other” puzzle, to silhouette matching, to a fragmented hidden objects search, to a traditional hidden objects challenge, with no explanation whatsoever. It’s not that big of a problem, but I can’t understand why this is the only challenge in the game that dramatically changes from chapter to chapter.

The game has voice acting and animation, but to be honest, the characters really don’t say much besides “Please save me!” at the beginning and “Thank you for saving me!” at the end. The only character who stands out is the villainous Dr. Blackmore, who shows up every now and then to taunt you. He’s somewhat humorous and always nasty. They definitely did a good job with giving Blackmore a larger role in this game.

The game certainly isn’t as scary as the others, which dealt with psychological horrors and fears. However, it is just as weird as the previous games, and you’ll just have to accept things like “the main character carries a fully-stocked chemical lab at all times” and “giving a lion cub a bath is perfectly normal reaction to seeing angry lions”. If you liked the previous games in the series, odds are that you’ll like this one, too. They changed a lot, such as almost halving the number of hidden objects challenges and levels, but it’s still a solid follow-up to what came before, and a satisfying conclusion to the series.

… I’m still taking points off the final score for the “removing the final chapter” scam, though. I only give complete scores to complete games.