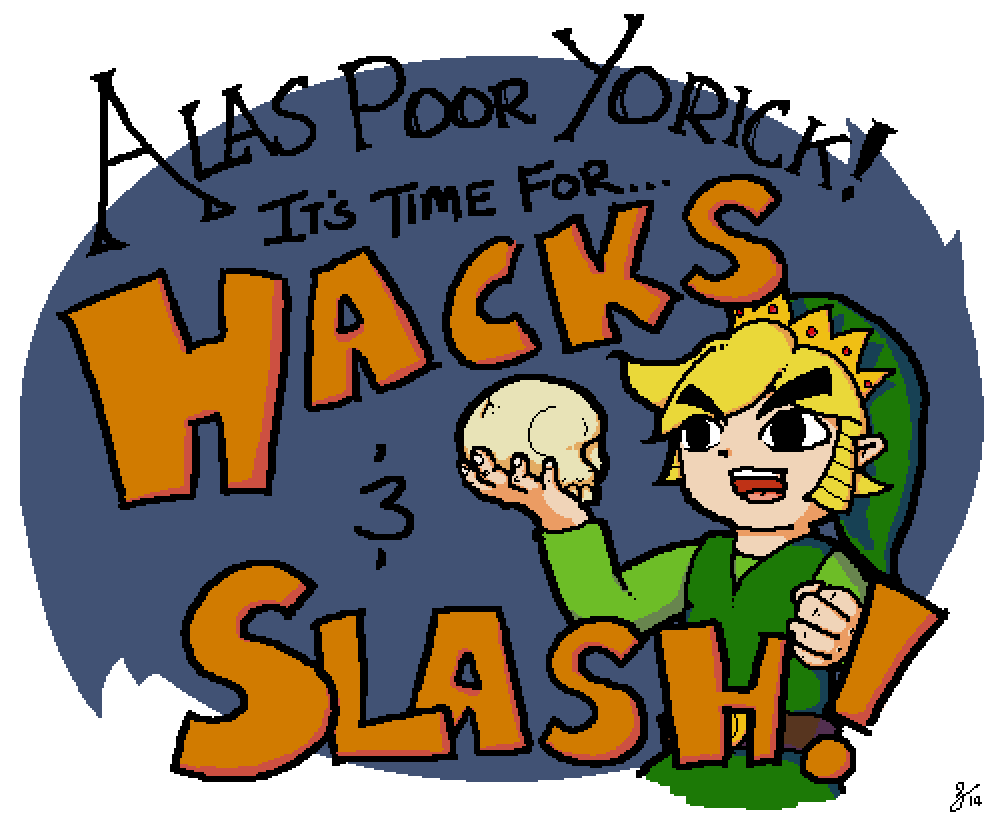 It’s “Hacks ‘n’ Slash”, the podcast where we read bad fanfiction! Today, GameCola writers Diana Gray, Michael Gray, Joseph Martin, and Jeff Nemeth read a selection of stories from ChrstnWrtr (AKA Shannon), who mostly writes Legend of Zelda crossovers. This author may be the only person in the world who has written three separate crossover stories between Zelda and William Shakespeare.

The stories in this episode include:

These stories ain’t Shakespeare, but we hope they entertain you anyway.