For those of you who don’t know this already, YouTube is a video sharing website where you can post anything from a simple video of a rock to a full-length fan-made video and gain yourself online popularity. One of the most common forms of videos seen now on YouTube is gaming videos. This format ranges from game reviews all the way to complete playthroughs. In addition to the amount of popularity you can possibly obtain on YouTube, you can also enable your account to have advertisements placed in your videos. This allows anyone with a valid YouTube account to make money off their gaming videos. However, with such shameless methods of making a quick buck, it wasn’t long before we started hearing some game developers fight back. The most recent argument came from the developer of Fez, Phil Fish. 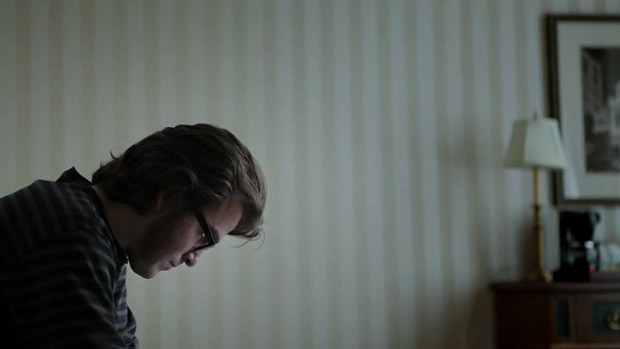 It was actually this year that Phil decided to publicly declare his dissatisfaction with the copyright regulations on YouTube in terms of gaming videos submitted. Fish went on Twitter saying that YouTubers should have to share their ad revenue with the developers “from which they steal all their content”. As much of a drastic claim this is, it does make some sense. When a YouTuber uploads a video, they are implying that they own the rights to use all the content in their video. But, what could possibly be wrong with this statement?

Let’s look at how this statement could in fact be a case of selfishness. Whenever you buy a game, that means you have bought the right to play the game. This, in turn, would give you the right to do what you wish to your copy of the game—within reason. This merely means that you can play it, break it, lick it…you get the idea. However, this does not mean that you have the right to hack the game data and alter it, especially with the aim to resell it as a new product. Another issue I found with this statement is the actual implications. From the sound of it, he’s merely looking to make a clear profit from most of the YouTube gaming population.

Given all the points on how this statement could be an act of financial selfishness, there are some valid points that only game developers could really see. Imagine for a second spending half of your life and all of your savings on a game. When you finally release it, you come to find out that people are making more money from the game than you are. How do you expect to feel knowing that? Another valid point is the issue with copyright. Whenever a YouTuber submits a gaming video, they are adhering to YouTube’s regulations that they own all of the content in the video. Often times, commentary is added to these videos to boost entertainment in the video, while others see this as a loophole in the copyright rules. By adding in the commentary, most YouTubers see this as creating fresh content and think that they are not stealing from the game developers. This is not the case, however, since the game footage is still being used.

This instance, however, isn’t the first time that gaming videos on YouTube have been negatively targeted. It was back in May of 2013, when Nintendo began claiming ownership of many YouTube gaming videos through a process known as content ID match. This meant that any videos containing content from Nintendo that gathered any revenue would, in turn, send all the revenue to Nintendo. As expected, this argument did not bode well with the gaming community on YouTube. It seemed like a bad move on Nintendo’s part, considering the effort that YouTubers put into their videos—and especially when you consider that a decent video could potentially be free advertisement for their games anyway.

One question remains, however: Is there any solution in which YouTube gamers can make money, as well as game developers? A solution to this may in fact be found within YouTube partnership networks. You may already be familiar with networks like Machinima and Maker Studios, among others. These networks work alongside YouTubers who are looking to grow their channel, and also legally make money. But, how do these companies ensure the money you earn is legal? This is done with a percentage cut of any earnings your channel makes. A portion is given to the game developers or lawyers to ensure legal usage of game footage. Another portion goes to the network itself, and any remaining revenue goes straight to you.

Given all these issues, it’s fairly easy to say that this debate is not done by a long shot. There are a few solutions out there already, but it may not be the best solution for very small YouTubers. Believe me; I’m still a relatively small YouTuber and I luckily got partnered with Maker Studios. As for the gaming on YouTube, it is best to keep monetization off until you get with a network. It’s better to be safe than to be saying “arrr!” at the Game Over screen. Thanks for reading and enjoy, pirates!